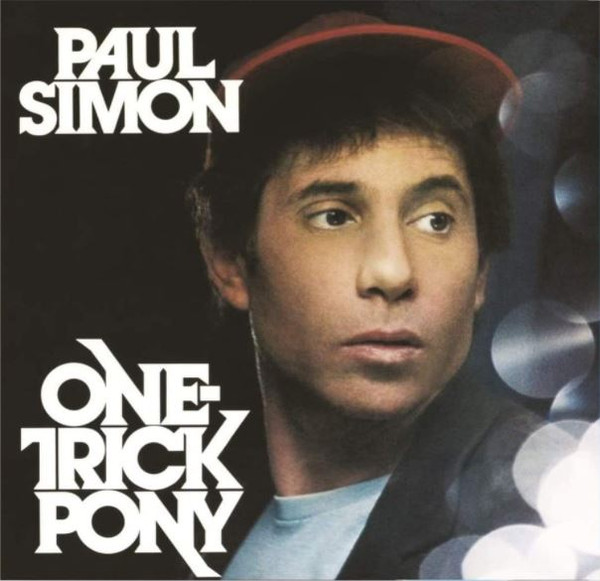 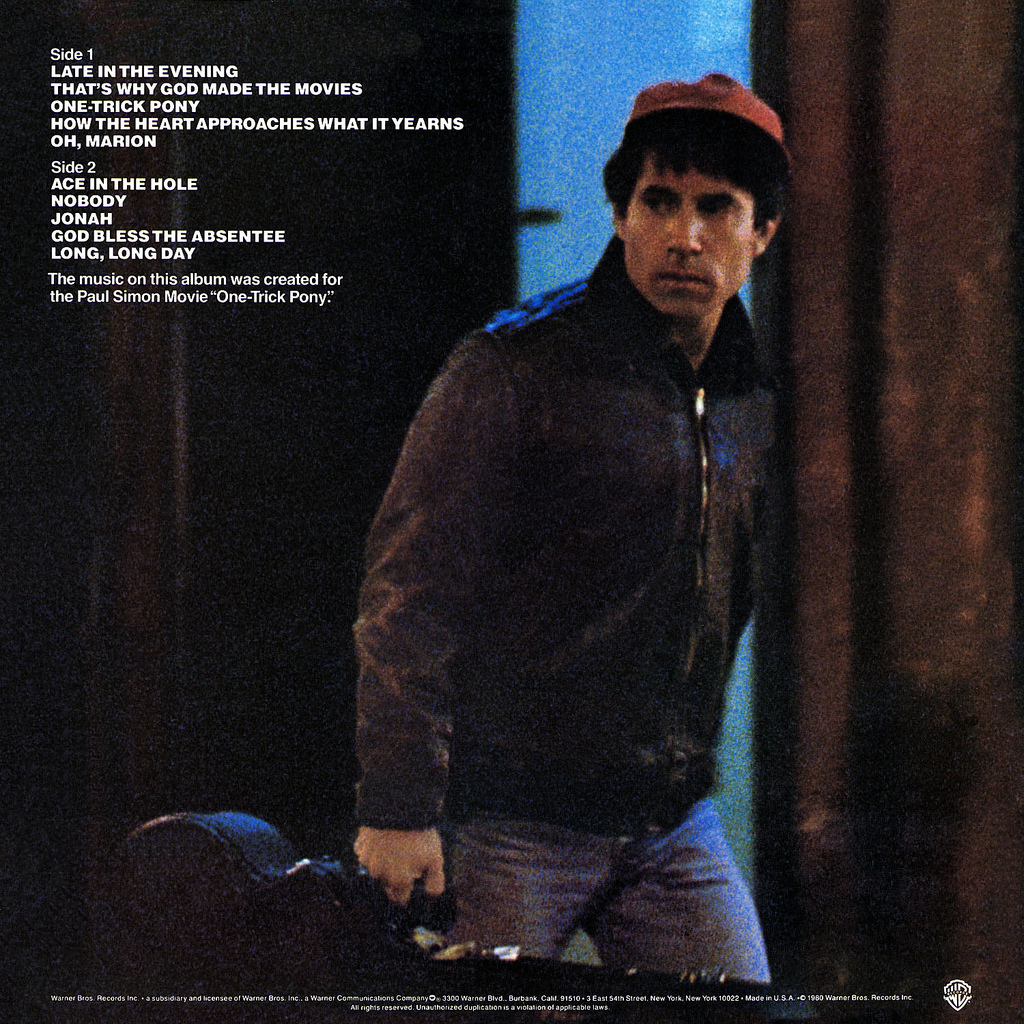 One-Trick Pony, Paul Simon's fifth solo studio album, was released in 1980. It was Simon's first album for Warner Bros. Records, and his first new studio album since 1975's Still Crazy After All These Years. His back catalog from Columbia Records would also move to Warner Bros. as a result of his signing with the label.

Paul Simon's One-Trick Pony was released concurrently with the film of the same name, in which Simon also starred. Despite their similarities, the album and film are musically distinct: each features different versions of the same songs, as well as certain songs that appear exclusively on either the film or the album. The album is best known for the Grammy-nominated track "Late in the Evening" which was a hit for Simon in 1980, peaking at No. 6 in the United States. The title track was also released as a single and became a U.S. Top 40 hit. Both songs were also Top 20 hits on the U.S. Adult Contemporary chart. Two of the tracks (the title song and "Ace in the Hole") were recorded live at the Agora Theatre and Ballroom in Cleveland, Ohio in September 1979, while the rest are studio cuts.

Several session musicians appearing on the album also appeared in the movie as the character Jonah's backing band: guitarist Eric Gale, pianist Richard Tee, bassist Tony Levin and drummer Steve Gadd. Simon toured Europe and America in 1980 with this band in support of the album, with one concert from Philadelphia recorded on video and released on VHS under the title "Paul Simon in Concert", then subsequently on DVD under 2 different titles for the same concert footage ("Live at the Tower Theatre" and "Live from Philadelphia").

In 2004, One-Trick Pony was remastered and re-released by Warner Bros. Records. This reissue contains four bonus tracks, including "Soft Parachutes" and "Spiral Highway" (an early version of "How the Heart Approaches What It Yearns") both of which were featured in the film but were missing from the original album release. Also included in the re-release were the outtake of "All Because of You" (an early version of "Oh, Marion" that would also spawn "God Bless the Absentee") and "Stranded in a Limousine", which originally appeared on the 1977 compilation Greatest Hits, Etc..