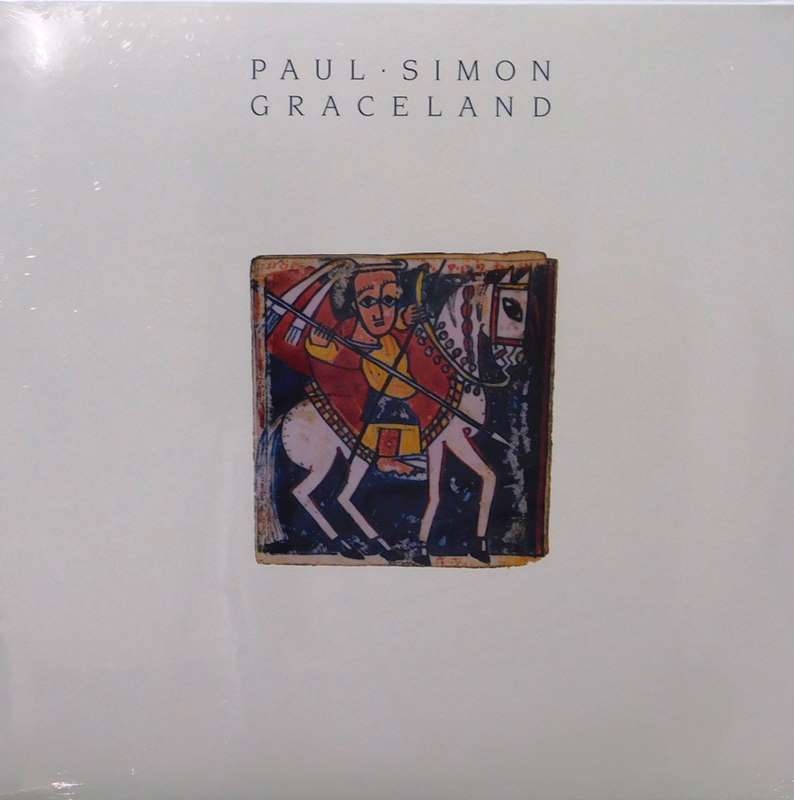 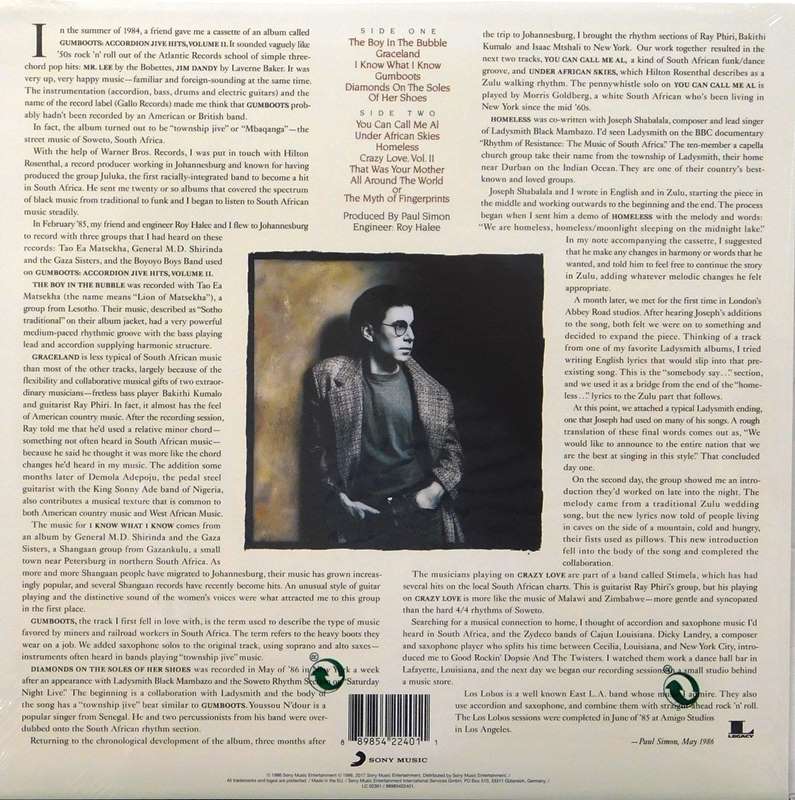 Graceland is the seventh solo studio album by American singer-songwriter Paul Simon. Produced by Simon and Roy Halee, the album was released on August 25, 1986, by Warner Bros. Records.

In the early 1980s, Simon's solo career had hit a low point. Following a very successful but fraught reunion with former partner Art Garfunkel, Simon's marriage fell apart and his previous record, Hearts and Bones (1983), was a significant commercial disappointment. In 1984, after a period of depression, Simon became fascinated with a bootleg cassette of South African township music. He planned a trip to Johannesburg in the new year with Halee, where he spent two weeks recording with South African musicians.

Recorded in 1985 and 1986, Graceland features an eclectic mixture of musical styles, including pop, rock, a cappella, zydeco, isicathamiya, and mbaqanga. Simon created new compositions inspired by the recordings made in Johannesburg, collaborating with both African and American artists. Simon faced controversy for seemingly breaking the cultural boycott imposed by the rest of the world against South Africa because of its policy of apartheid. In addition, some critics viewed Graceland as an exploitive appropriation of their culture. Following its completion, Simon toured alongside South African musicians, combining the music of Graceland and their own music.

Despite the controversy, Graceland was a major commercial hit, becoming Simon's most successful studio album. His highest-charting effort in over a decade, Simon's return to the forefront of popular music was considered a remarkable comeback. It was lauded by music critics, won the 1987 Grammy Award for Album of the Year, and is estimated to have sold up to 16 million copies worldwide. Graceland has frequently been called one of the best albums of the 1980s, and is present on lists of greatest albums created by numerous publications. It was added to the National Recording Registry in 2007, having been judged to meet the registry's admission criterion of being "culturally, historically, or aesthetically important."