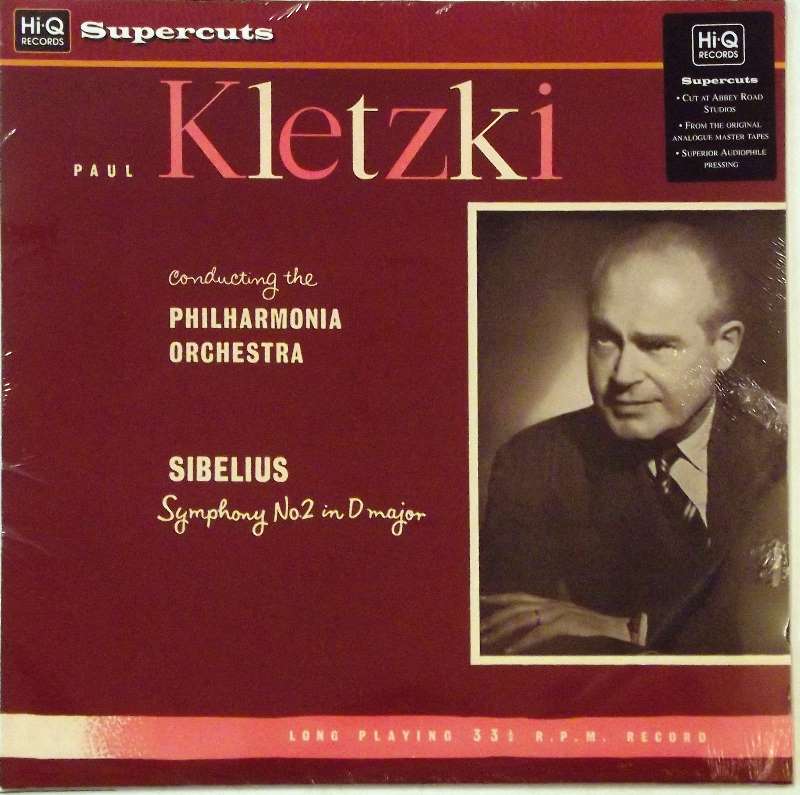 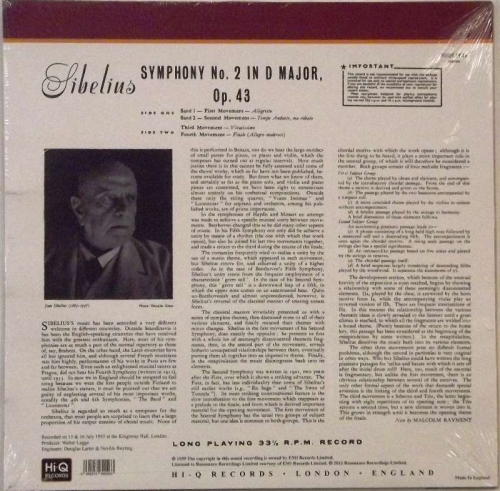 Symphony No.2 In D Major

This Hi-Q Records XRCD24 release finds Paul Kletzki conducting the Philharmonia Orchestra in a performance of Jean Sibelius' Symphony No. 2 in D Major, originally recorded in stereo on July 15-16, 1955, produced by the legendary Walter Legge, and engineered by Douglas Larter and Neville Boyling.
Paul Kletzki is best remembered for his conducting career and many recordings but less known is his pre-war career as a composer. Born in Poland in 1900, he joined its Philharmonic Orchestra at the age of 15 s a violinist. After serving in the First World War, he studied at the University of Warsaw before moving to Berlin in 1921 to continue his studies. During the 1920s his compositions were championed by Arturo Toscanini; and Wilhelm Furtwängler, who permitted Kletzki to conduct the Berlin Philharmonic Orchestra in 1925.
Because he was Jewish, he left Nazi Germany in 1933 and moved to Italy, however due to the anti-semitism of the Italian Fascist regime he moved to the Soviet Union in 1936. He later went to live in Switzerland. From 1942 onwards Kletzki wrote no more compositions; having lost much of his family in the Holocaust, Nazism had destroyed his spirit and his will to compose.
His conducting skills then came to the fore. Kletzki was invited by EMI's Walter Legge to conduct the newly-formed Philharmonia Orchestra in London and many fine recordings were made (including this Sibelius performance in early stereo) for EMI. In 1954 he was appointed chief conductor of the Liverpool Philharmonic Orchestra and between 1958 and 1961 he was principal conductor of the Dallas Symphony Orchestra. From 1966 until 1970 he was the General Music Director of the Orchestre de la Suisse Romande.
"Kletzki makes an impetuous attack on the music which is virtually completely successful, carried along by a marvelous quality of both orchestral playing and recording... Whether it is a sweep of full-bodied tone, a biting attack, a resonant pizzicato, or a sensitive solo that is called for, it is always there; even to tunes from the basses with a distinctly above-average proportion of note to rumble. And all of it set off by a brilliant quality of recording with fine internal balance...The new Kletzki...addresses the listener directly and convincingly." - original 1956 Gramophone review