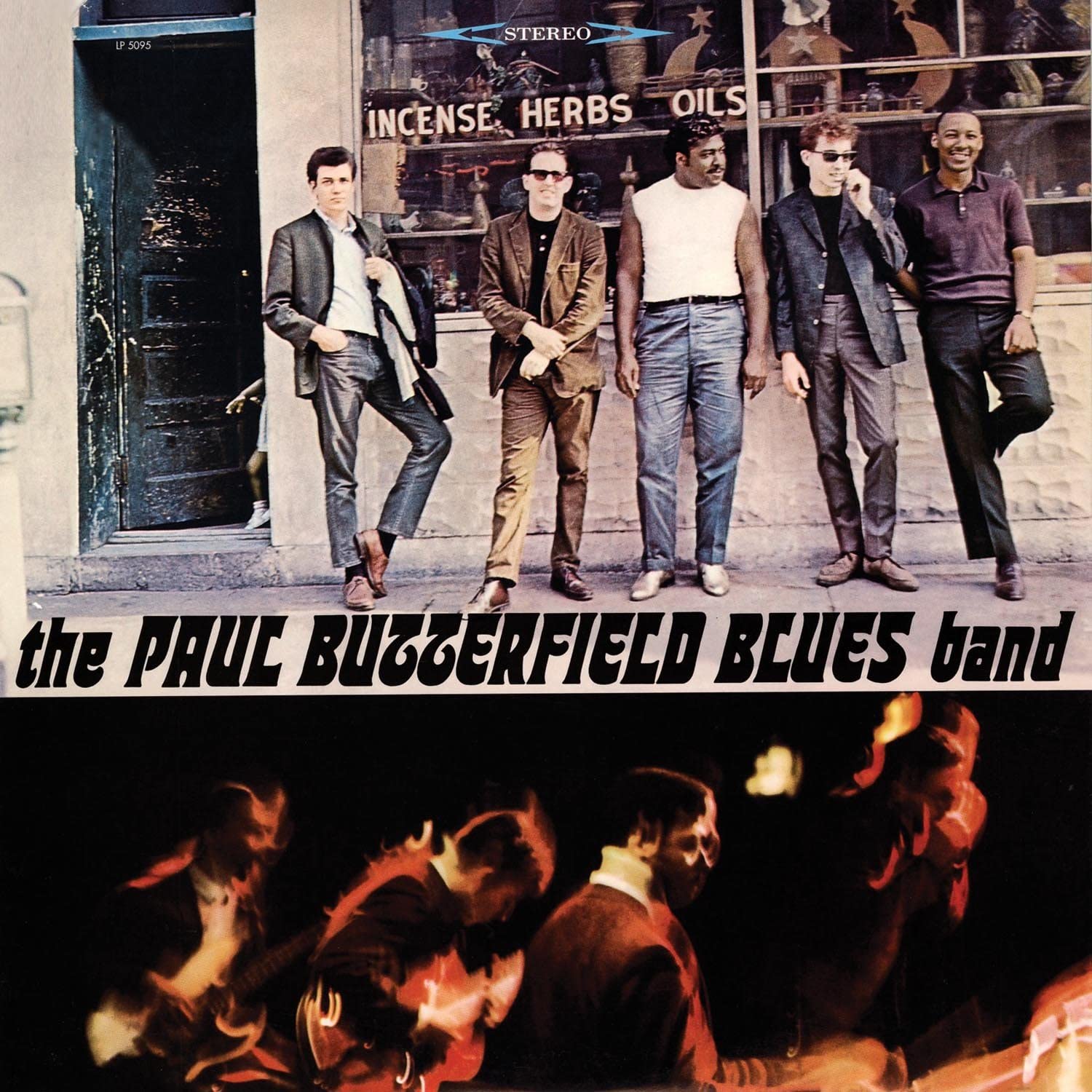 The Paul Butterfield Blues Band is the debut album by the Paul Butterfield Blues Band, released in 1965 on Elektra Records. It peaked at number 123 on the Billboard albums chart. In 2012, the album was ranked number 468 on Rolling Stone magazine's list of "the 500 Greatest Albums of All Time".[3] It is also ranked at number 11 on Down Beat magazine's list of the top 50 blues albums.[4]

In late 1964, a friend of Elektra house producer Paul Rothchild told him that the "best band in the world was on stage at a blues bar in Chicago". Rothchild took a plane to Chicago to see the Butterfield quartet, and later the same night went to a different club and saw guitarist Mike Bloomfield with a different band.[5] According to Rothchild, it was at his impetus that Paul Butterfield hired Bloomfield as his second guitar alongside Elvin Bishop. The Butterfield rhythm section of Jerome Arnold and Sam Lay had been hired away from Howlin' Wolf.

Sessions were arranged for December 1964, but these were abandoned for live recordings from the Cafe Au Go Go in New York City after the band's appearance at the Newport Folk Festival. The earlier studio recordings were eventually released on The Original Lost Elektra Sessions in 1995. Upon hearing the live tapes, Rothchild remained dissatisfied, and the band went into the studio in September 1965 in an attempt to record the album for the third time.[6] The guitar solos were all played by Bloomfield, Bishop relegated to rhythm guitar. Keyboardist Mark Naftalin was drafted in at the September sessions and asked to join the band by Butterfield, expanding it to a sextet.[7]

The album presents band originals and songs in the style of electric Chicago blues. On October 29, 2001, a reissue of this album remastered by Bob Irwin at Sundazed Studios and coupled with East-West appeared on Rhino WEA UK for the European market.