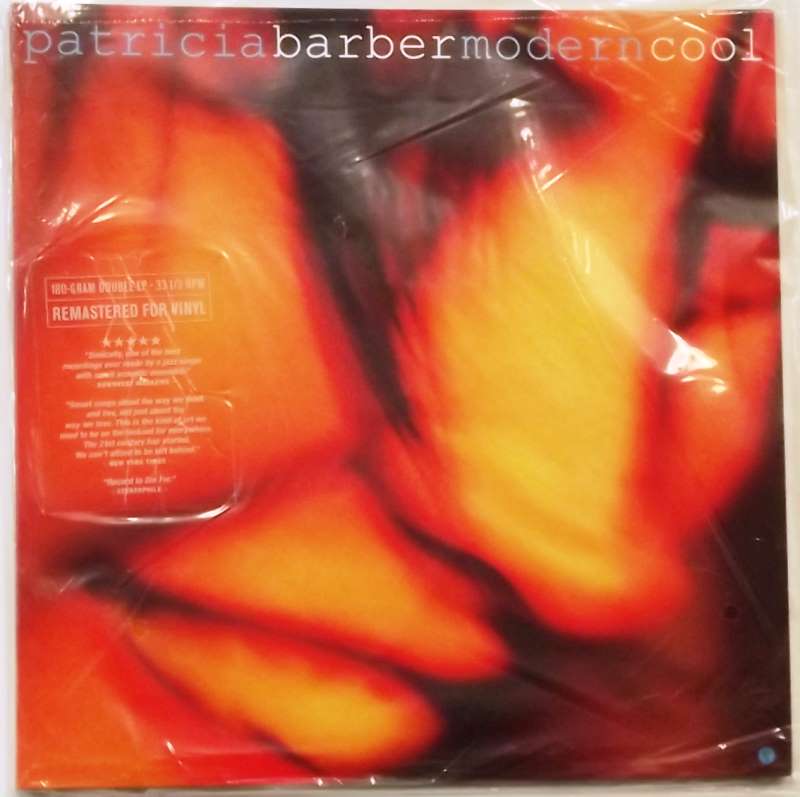 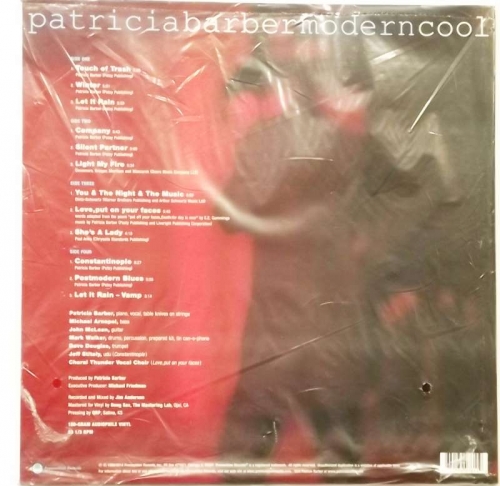 180g 2LP Pressed at QRP! Distributed Worldwide Exclusively by Elusive Disc!
Big, Bold, and just plain outstanding! A musically cohesive album with powerful musicianship, original tunes and refreshing covers!
Patricia Barber's Modern Cool (Premonition Records, 1998) was the recording that made Barber an international jazz star. On the initial tour for this album, Barber played a four night stand at The Jazz Standard in New York where she was heard by Bruce Lundvall of Blue Note Records. This led to a string of Barber recordings for both Premonition and Blue Note, worldwide touring and unapologetic critical acclaim from which Barber never looked back.
Audiophiles were well aware of Barber from her 1994 Premonition recording Cafe Blue. Sonically, Modern Cool copied the Cafe Blue playbook: same recording studio, engineer, and recording approach. Musically, Barber added trumpeter Dave Douglas to her stellar working band and showcased her original compositions more than on any previous recording.
Like Cafe Blue, Modern Cool has been released in multiple formats, including 2013's Grammy winning Surround Sound edition. This LP version is newly remastered by the legendary Doug Sax from the original analog mixes and is sure to be a strong addition to the Barber audiophile oeuvre.
"Sonically, one of the best recordings ever made by a jazz singer with small acoustic ensemble." -Downbeat, rated 5 stars
"Smart songs about the way we think and live, not just about the way we love. This is the kind of art we need to be on the lookout for everywhere. The 21st century has started. We can't afford to be left behind." -New York Times
"Record to Die For." -Stereophile
Features: • 180 Gram High Quality Vinyl • Double LP • 33 1/3rpm Speed • Vinyl remastering by Doug Sax from the original analog mixes • Pressed at QRP

The dark, smoky voice of Patricia Barber is quite haunting. On Modern Cool, she mostly sings downbeat songs at slow tempos. All but three songs are her own originals, and they deal with such subject matter as an "homage to beauty" that seems to connect painting one's face with prostitution, loneliness, mindless conformity, the "Postmodern Blues," and other such topics. Barber, whose piano playing is mostly very much in the background, comes across on this set as a pop/folk singer. Most of the jazz moments are provided by trumpeter Dave Douglas, who is on half of the selections and adds some excitement; guitarist John McLean, bassist Michael Arnopol, and drummer/percussionist Mark Walker complete the group.