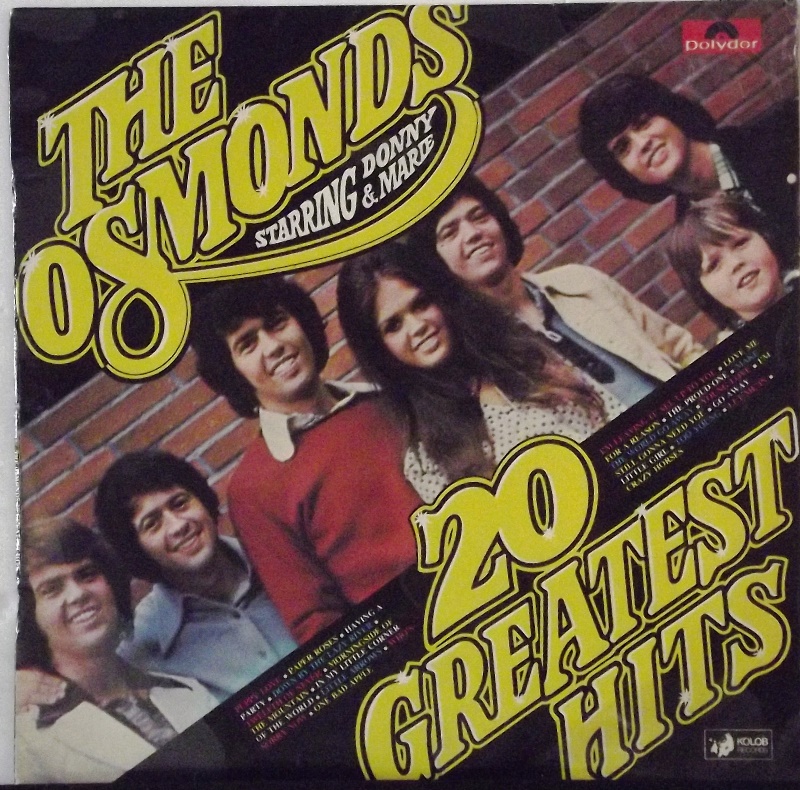 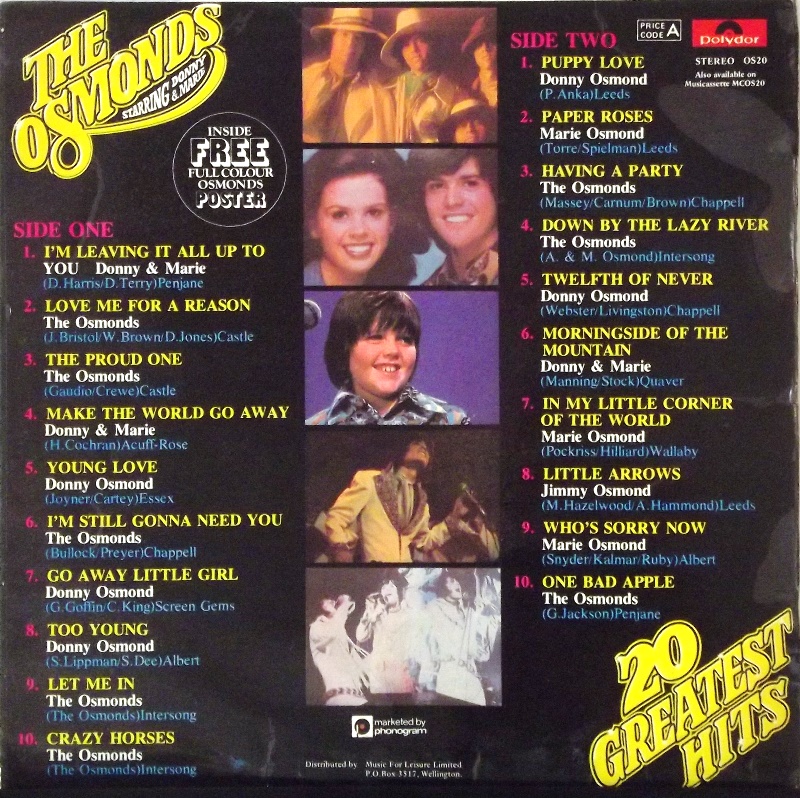 The Osmonds are an American family music group with a long and varied career. The Osmond Brothers began as a barbershop quartet consisting of brothers Alan, Wayne, Merrill and Jay Osmond. They were later joined by younger siblings Donny and Jimmy, both of whom enjoyed success as solo artists as well. With the addition of Donny, the group became known as The Osmonds, and enjoyed its greatest success as both a boy band and a hard rock ensemble. Their only sister Marie, who rarely sang with her brothers at that time, launched a successful career in 1973, both as a solo artist and as Donny's duet partner. A revival of the original Osmond Brothers lineup in the 1980s achieved moderate success in country music. The Osmonds Brothers has sold 77 million records,[2] while collectively, the family has sold a total of 100 million records worldwide.[3]

As of 2018, The Osmond Brothers as a group is composed of original members Merrill and Jay along with Jimmy, who perform as a trio. Donny and Marie also continue to perform as a duo; they and Merrill all have solo careers as well. Also of note are Alan's sons, who have performed as a "Second Generation" of the group since the late 1980s; one of those sons, David Osmond, is Donny's designated understudy and has had modest success of his own as a solo artists as well.