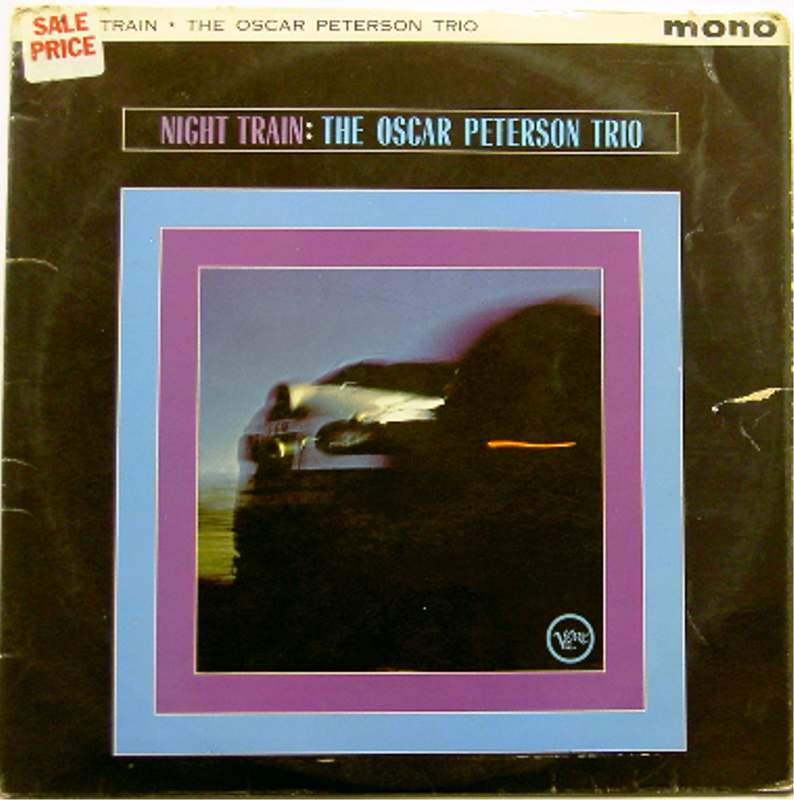 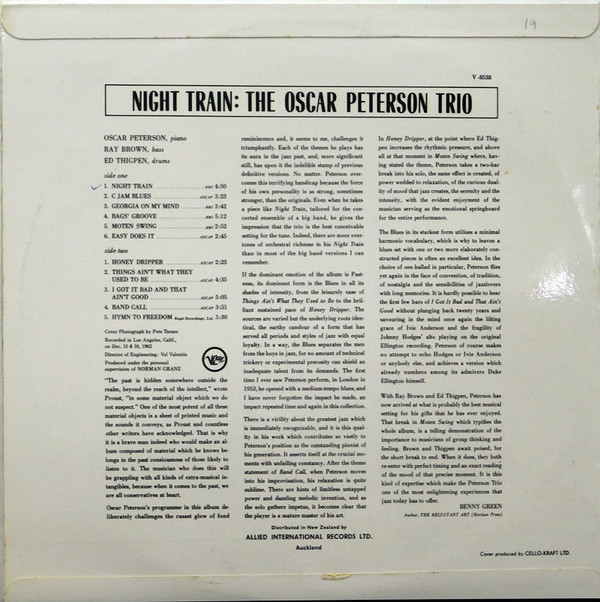 Night Train is an album by the Oscar Peterson Trio, released in 1963 by Verve Records.

Album producer Norman Granz had sold the record label Verve, but remained Peterson's manager, and so supervised the Night Train recording session. The brief duration of many of the tracks has been attributed to a desire to have them played on commercial radio, which was reluctant to play any tracks longer than a few minutes.

The cover art photograph is by Pete Turner[1] and original sleeve notes were by Benny Green.

The album was dedicated to Peterson’s father, who worked as a sleeping-car attendant for Canadian Pacific Railways. [2]

After the opening theme choruses, Peterson slips into a 2-chorus solo. Then the theme returns, and we realize that all the while, the band has gotten softer and softer. This leads into Brown's solo, which is unaccompanied to start, and then adds, in turn, Peterson and Thigpen. When Peterson comes in for another chorus of solo, everything starts to build again. Peterson plays a boogie figure in the bass to build the intensity, and then the trio plays a simple but effective shout chorus and then goes back to the theme with a strong crescendo to nearly the end, with a traditional Count Basie tag to close the track. By using the basic elements of crescendo and diminuendo, and arranged sections to set off the parts, Peterson turns what could have been a throwaway into a minor masterpiece.[3]

Ed Thigpen's rivet cymbal, recorded at very close range, is prominent on all issues of the album.[4]