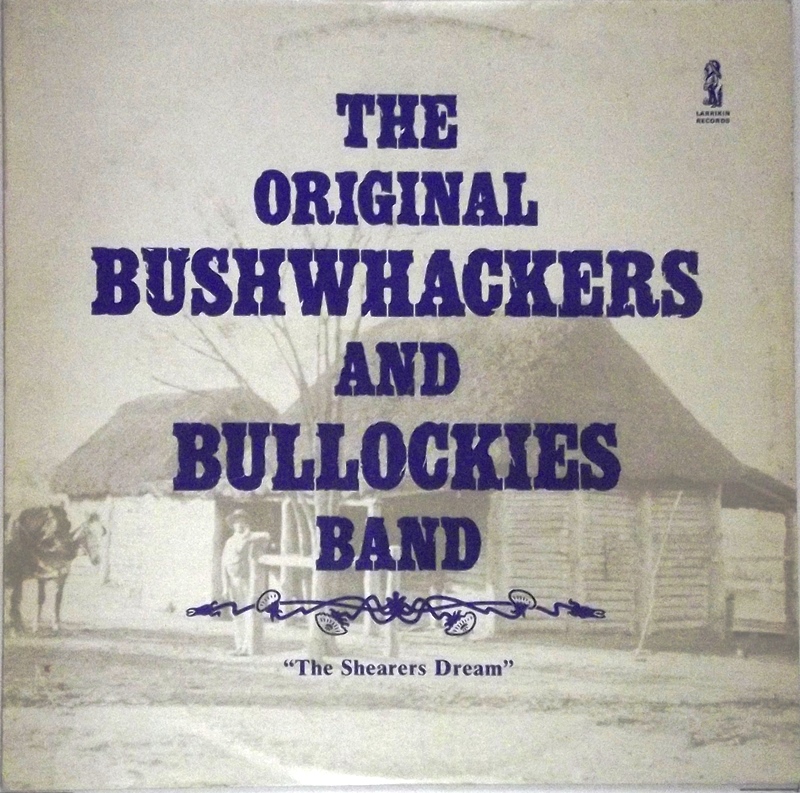 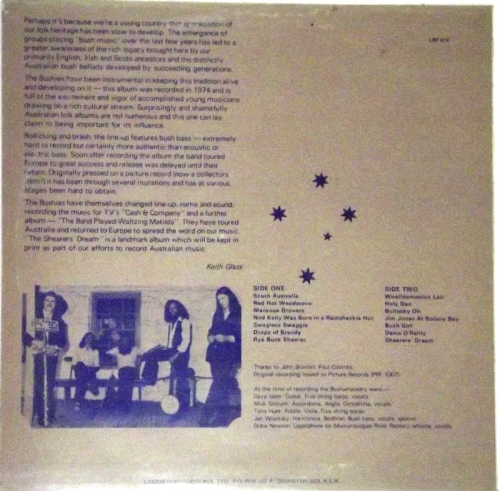 The Bushwackers Band, often simply The Bushwackers, is an Australian folk and country music band or Bush band founded at La Trobe University in Melbourne in 1971.

Notable recordings include Faces in the Street, Beneath the Southern Cross, Bushfire, Murrumbidgee and The Shearers Dream – two of which were released through Australian record label Astor Records.[1] The album And the Band Played Waltzing Matilda was released through EMI records in 1976 and is regarded as one of their finest recordings.

Many songs were adaptations of poetry written by Australian bush poets including Henry Lawson and Banjo Paterson.

In 2011 Roger Corbett and Dobe Newton re-recorded the popular 1980 Dance Album with the "Official Dance Album" in which they included the Dobe Newton co-written classic Australian song "I am Australian" and won a third Golden Guitar award.