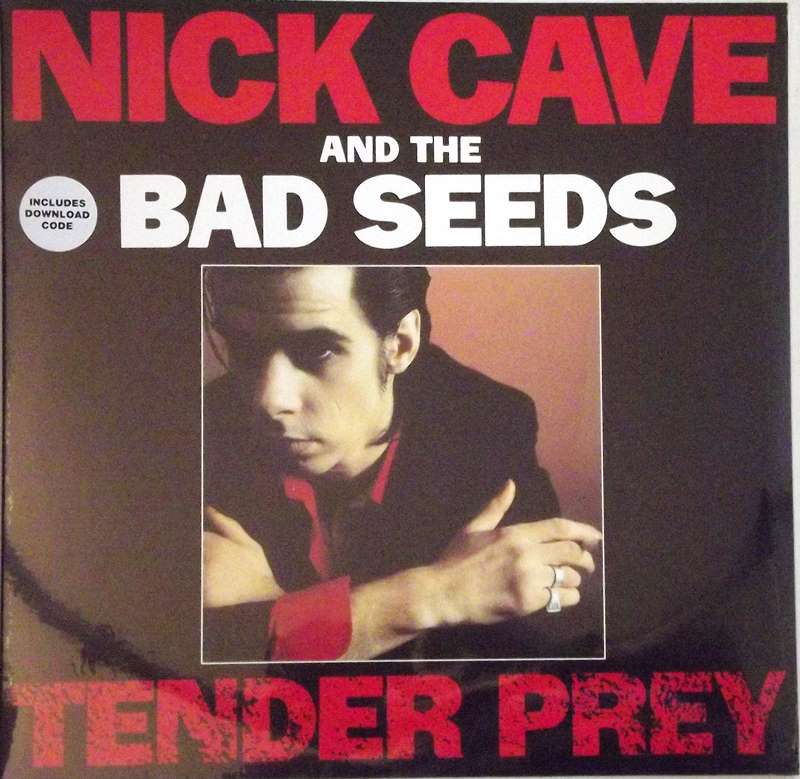 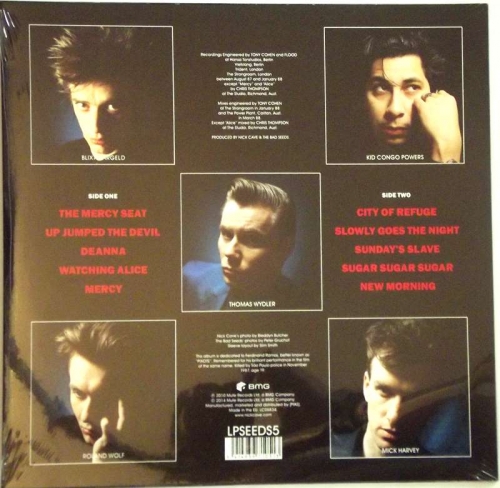 Sealed brand new album with free digital download voucher. Made in the EU.

Tender Prey is the fifth studio album by Australian rock band Nick Cave and the Bad Seeds, released on 19 September 1988 on Mute Records. Produced by Flood, the album was recorded during several sessions over the course of four months in West Berlin—where the band were based at the time of its release—and London and dedicated to Fernando Ramos da Silva.

The album opens with frontman Nick Cave's signature song, "The Mercy Seat," which has been subsequently played at almost all of the band's live performances since 1988, and was later covered by one of Cave's influences, Johnny Cash, on American III: Solitary Man (2000). "The Mercy Seat" was released as a single in May 1988 prior to the album's release and "Deanna" was released in September. On the CD version, the video mix of "The Mercy Seat" is also included as the last track.

Upon its release, Tender Prey received positive reviews and charted in the United Kingdom and Greece. However, the album failed to chart in either the band's native Australia or the United States Billboard charts. The album was remastered and reissued on 29 March 2010 as a collector's edition CD/DVD set and in October 2010. It was also listed in the book 100 Best Australian Albums, alongside The Boatman's Call (1997), in the Top 30.[8]

Cave later said, "It was a nightmare, that record. It is reflective of a group - particularly myself - who was just writing songs and there was no larger idea behind it. Sometimes some of the group was there, sometimes they weren't. I hear bad production and I hear bad performances as well."[9] Cave later admitted that the album, "was made at a difficult time in my life when things were spiralling out of control in a lot of areas."[10]

In 2012, the album was added to the National Film and Sound Archive's Sounds of Australia.[11]