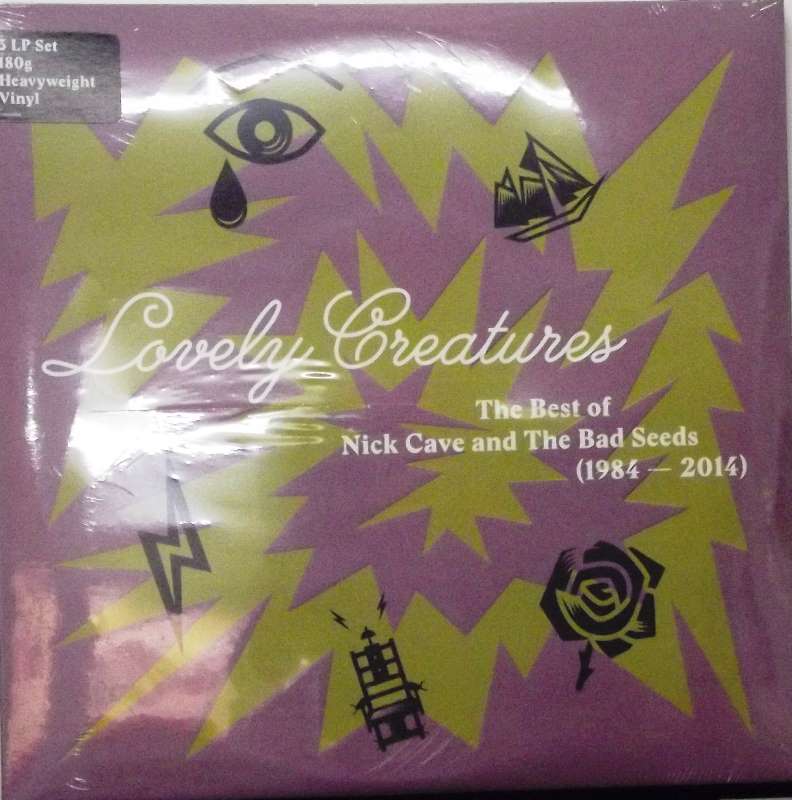 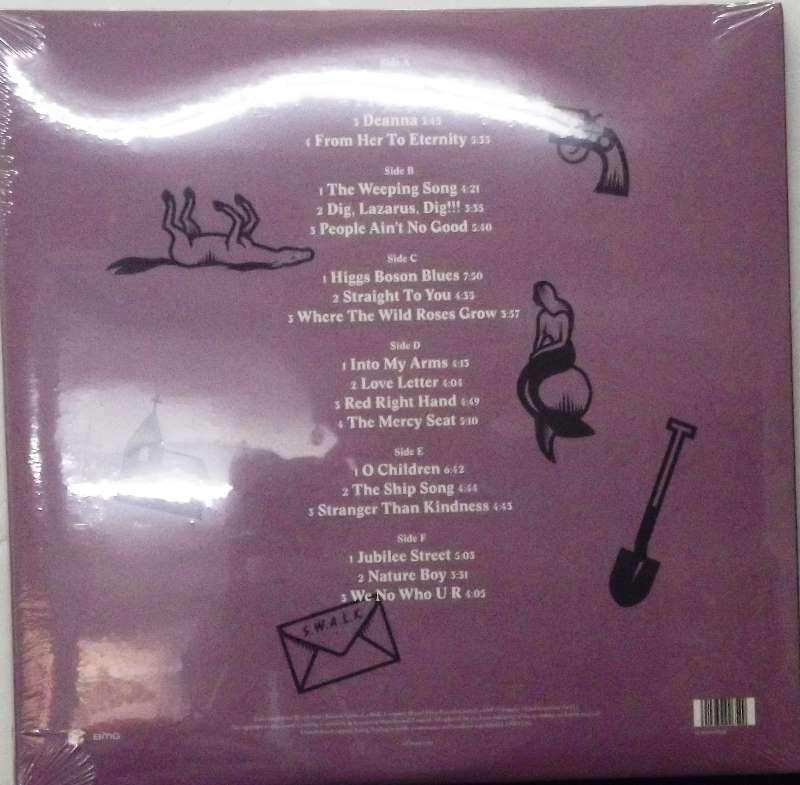 Nick Cave is a singular figure in contemporary rock music; he first emerged as punk rock was making its presence known in Australia, but though he's never surrendered his status as a provocateur and a musical outlaw, he quickly abandoned the simplicity of punk for something grander and more literate, though no less punishing in its outlook. Cave also had an approach to collaboration that made his backing band, the Bad Seeds, an integral part of his creative vision, even as their membership changed and their sound evolved over the space of three decades of fury and eloquence. In Kirk Lake's liner notes to Lovely Creatures: The Best of Nick Cave and the Bad Seeds, 1984-2014, he celebrates the band as much as their charismatic leader and songwriter, and the 45 songs collected on this three-disc set make the case that while Cave may be the frontman -- and a profoundly charismatic one with a powerful voice that can communicate from a whisper to a scream -- his musicians bring a color, shape, and texture to his songs that focus and amplify his gifts as a singer and lyricist. While 1998's The Best of Nick Cave & the Bad Seeds is a fine one-disc overview of Cave's body of work, this is by any standard a superior collection. The depth and detail of Cave's songs lend themselves to a larger anthology, and this was compiled from an additional 16 years' worth of music, much of it excellent, including tracks from 2004's Abattoir Blues/The Lyre of Orpheus and 2014's Push the Sky Away. And the package also comes with a bonus DVD featuring television appearances, live performances, and interviews that document Cave & the Bad Seeds' forceful brilliance on-stage. Lovely Creatures is a superior introduction to Cave's post-Birthday Party work, and while the lack of unreleased material might make it superfluous for serious fans, this remains a splendid summation of the work of a major artist who continues to create deeply personal, profoundly moving music.