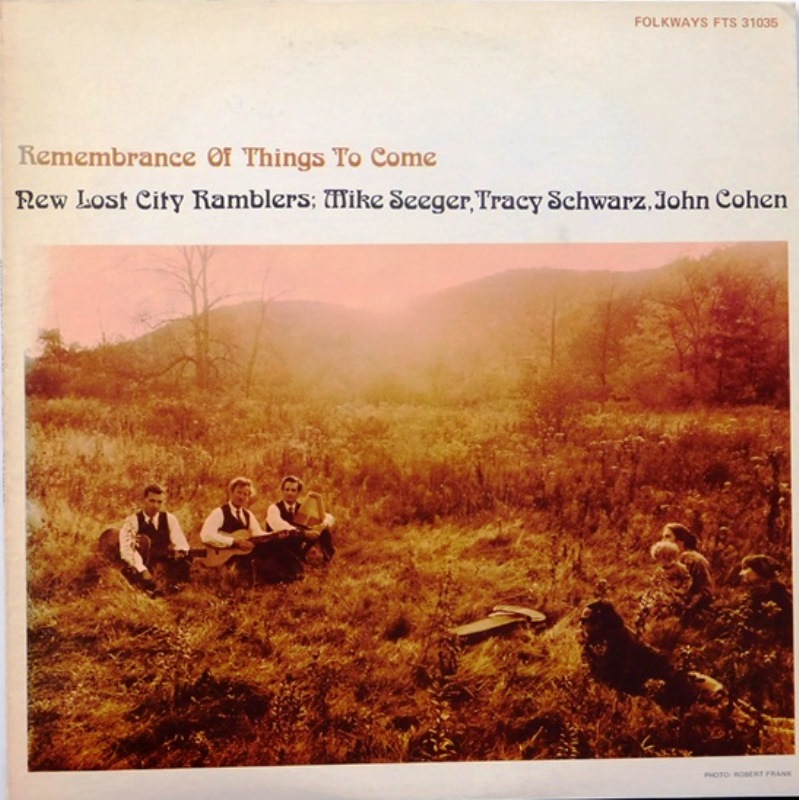 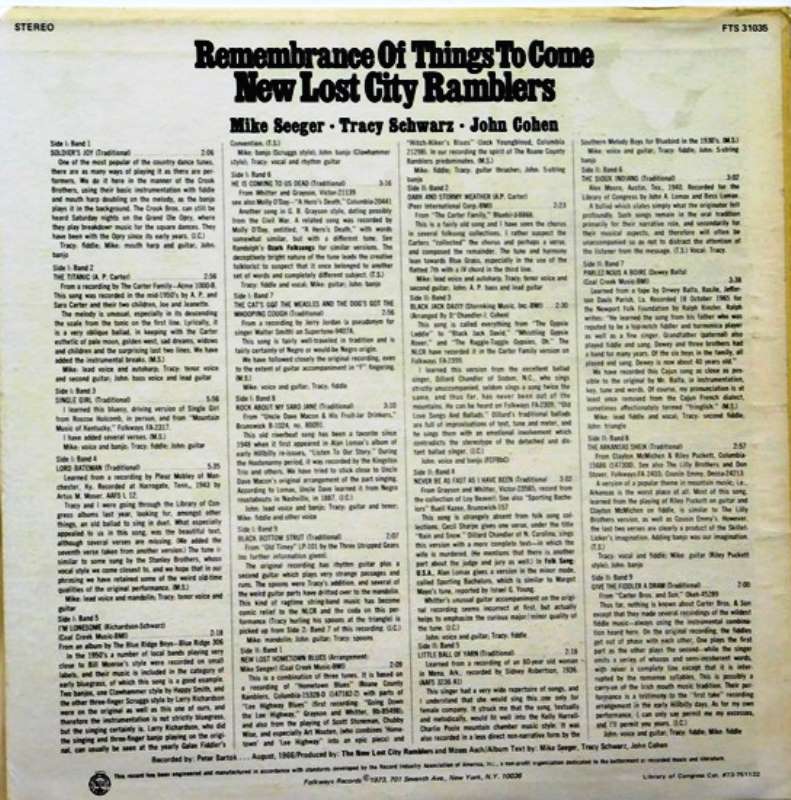 Remembrance Of Things To Come

The New Lost City Ramblers, originally composed of Mike Seeger, John Cohen, and Tom Paley (Tracy Schwartz replaced Tom Paley in 1962), were pioneers in the revival of southern mountain music during the folk music revival of the late 1950s and early 1960s. They brought the sounds of genuine old-time string band music and early bluegrass to eager city and college audiences who had grown disillusioned with the commercial fare of the folk boom.    In this 1966 recording (originally released in 1973), the New Lost City Ramblers present a mix of the types and styles of music for which they had become famous—southern versions of ancient ballads and traditional southern song, and "old-timey" songs and styles found on commercial recordings of rural southern music mainly from the 1920s and 1930s.    The liner notes, written by Seeger, Schwartz, and Cohen, discuss the background of each song, including sources and the group’s performance approach.