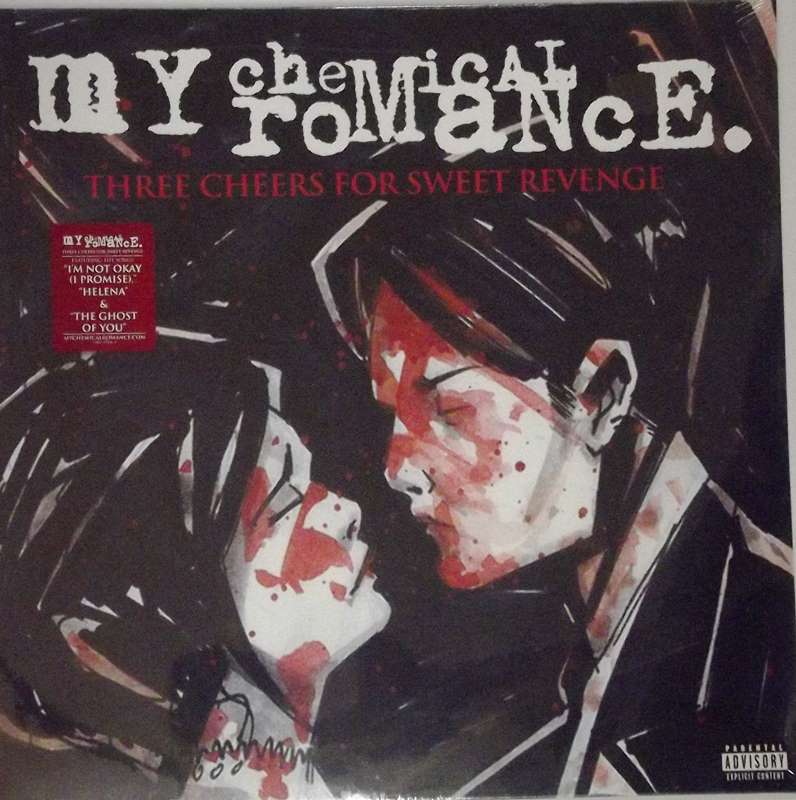 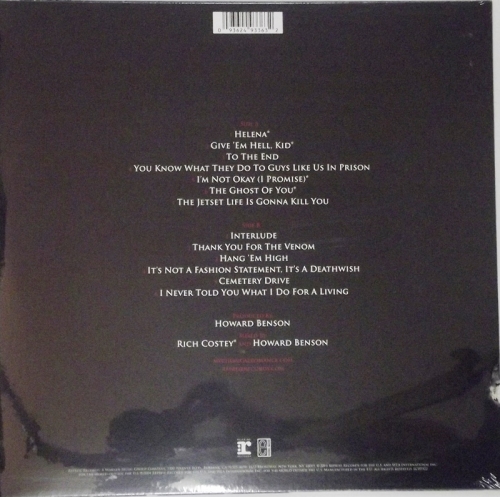 Sealed brand new repressing of thIs classic album made in the EU.

Three Cheers for Sweet Revenge is the second studio album by American rock band My Chemical Romance, released on June 8, 2004.[9] It is My Chemical Romance's first release through Reprise.[10] Their first and previous album, I Brought You My Bullets, You Brought Me Your Love, was released through Eyeball Records.[11][12] It is the band's final release to feature drummer Matt Pelissier, who would later be replaced by Bob Bryar.[13] The album was certified platinum in less than a year from its release.[10] The album has sold over one million copies in the United States.[12]

The four released singles from the record included "I'm Not Okay (I Promise)", "Helena", "The Ghost of You", and in the United Kingdom, "Thank You for the Venom". The non-single tracks on the album have been praised as some of the album's "bests" as well, such as "Hang 'Em High" and "The Jetset Life is Gonna Kill You".[14]

Gerard Way, the lead singer of the band, drew the album's cover artwork himself.[16]