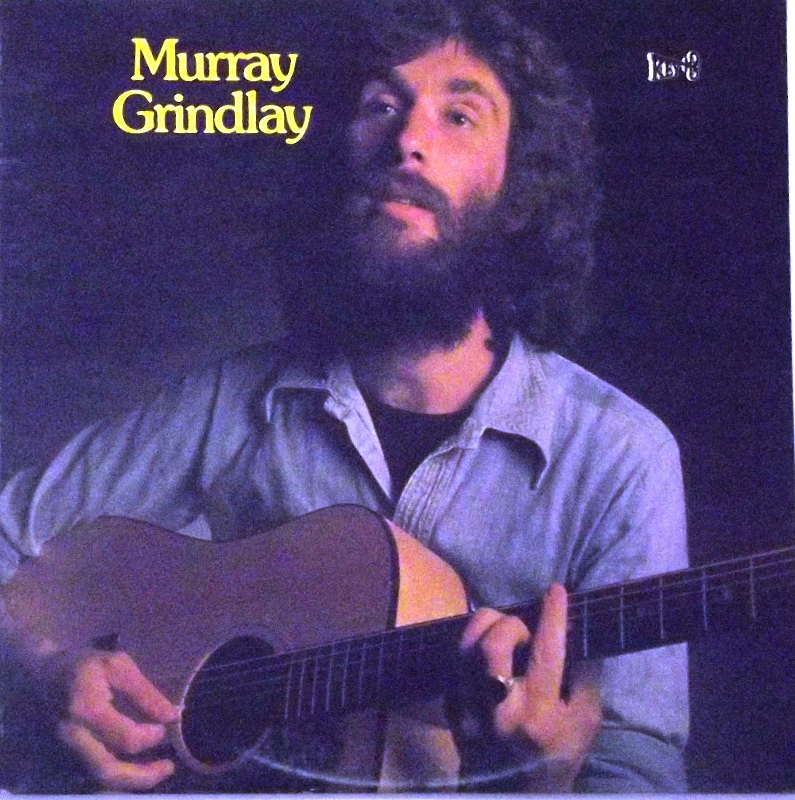 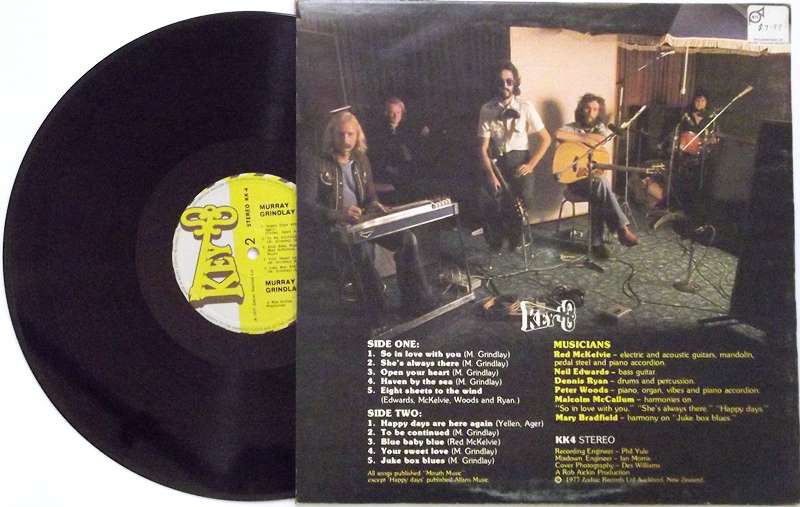 Murray Grindlay grew up in the Scottish town of Stenhousemuir, before relocating to Auckland in his early teens. Grindlay joined blues group the Soul Agents after leaving high school, and while still a teen, won fame as lead singer of legendary r'n'b band The Underdogs (sometimes known as the Underdog Blues Band).

The group had already been through the first of many lineup changes before Grindlay joined in 1966. Grindlay took the singer's mike in time for debut single 'See Saw', and The Underdogs' biggest hit 'Sitting in the Rain', a dreamy take on a John Mayall number: writer David Eggleton has written of the song that "Grindlay wittily subverted the lugubrious lyrics with a droll, deadpan delivery".

John Dix provides an evocative account of the Underdogs performing live in Stranded in Paradise. Labelling them the enfant terribles of Kiwi rock, he describes screaming fans, ear-splitting feedback, and Grindlay performing cartwheels across the stage.

Kevan Moore, producer of 60s music show C'Mon, was impressed enough to make the Underdogs regular guests, despite their predilection for donning firemen's jackets, kilts and swastikas. Some complaints ensued from viewers, only aiding their outlaw status. After what may have been the first time a band performed on Kiwi television sheathed in dry ice, Truth newspaper headlined a story 'NZBC Gone to Pot?'

Back home again in the early 70s, Grindlay got his first taste of jingles. Tiring of badly-paid gigs, Grindlay gathered up some of his tapes and made the rounds of local advertising agencies. His talent for taking on different voices and musical styles soon became clear; by 2005 writer John Dix would describe him as "New Zealand's undisputed jingles king".

Grindlay's CV of classic Kiwi ads includes the Travelin' On spots, Toyota's Welcome to Our World, the BASF Dear John commercial, and a Just Juice ad featuring bluesman Taj Mahal. Along the way he has ranged from country through atmospheric orchestrals, to 50s style swing.

In 1975 Grindlay composed and sang the rollicking 'Have a Crunchie' song, which helped form the backbone of Tony Williams' phenomenally popular Crunchie Great Train Robbery ad. Grindlay has continued to perform and release occasional material (including a self-titled 1977 album); his run of commercials work now runs to more than 1000 tunes.

When Grindlay worked on 1981's BASF Dear John ad, he reinterpreted a country and western hit. He also has fond memories of two extended Travelin' On Europa advertisements, which saw him filming across New Zealand with bluesman Midge Marsden and model Brigette Berger. The second ad featured Grindlay singing alongside legendary American guitarist Stevie Ray Vaughan. Grindlay's varied achievements in commercials would win him an Axis Lifetime Achivement Award in 2012.
His time as a jingle man has been punctuated by memorable excursions into composing for film. Grindlay began in 1977 by joining David Calder and Mathew Brown on the score for breakthrough classic Sleeping Dogs. Grindlay concentrated on songs, composing six, often country-tinged tunes, including singing on opener 'Don't Look Back'. Sleeping Dog's soundtrack also made it onto vinyl, an early member of the relatively short list of Kiwi film scores to have won release in their own right.

Grindlay's voice and subversive lyrics also feature in the closing minutes of around the bays doco The Greatest Run on Earth.

In 1994 Grindlay teamed with musical colleague Murray McNabb to compose for another Kiwi classic: Once Were Warriors. Grindlay had worked previously with Warriors director Lee Tamahori on noted ad campaigns for Fernleaf butter and the Commonwealth Games. Grindlay and McNabb won a NZ Film and Television award that year for best film score, and they were invited back to work on Communicado's next stab at an international hit: inter-racial romance Broken English. The two Murrays supplied a spare, moody, percussion-heavy soundtrack, coloured with vocals by jazz and jingle singer Andrea Cook.

The pair reconvened to provide the soundtrack for Warriors sequel What Becomes of the Broken Hearted?, but despite protestations from director Ian Mune, their completed soundtrack was replaced by the work of Australian composer David Hirschfelder.

On television, the two Murrays have composed for the religiously-themed The Chosen, and orchestrated colonial bodice-ripper Greenstone.

Though he sometimes wishes he could deny it, Grindlay has also served time as a novelty act; in 1982 he reached number two with catchy single 'Shoop Shoop Diddy Wop Cumma Cumma (Wang Dang)'. Grindlay sang under the moniker Monte Video, telling outrageous lies to the Australian media about Ringo having played drums - many dutifully printed. The song topped the charts in many Australian states. It also won the attention of David Geffen's new record label, whose stateside publicity efforts (including Monte moustaches) ultimately floundered.

Grindlay has also produced for others, including debut Electric Confectionaires album Sweet Tooth, and Goldenhorse's number two charting effort Out of the Moon (Goldenhorse guitarist and co-producer Geoff Maddock praised his work, arguing Grindlay's recording experience went "beyond most studio musicians or even engineers").

Grindlay also arranged and produced the star-studded America's Cup single 'Sailing Away', which until 2009 held the record for the longest chart-topper by a local act (nine weeks).

Grindlay is currently working on a blues-based album.