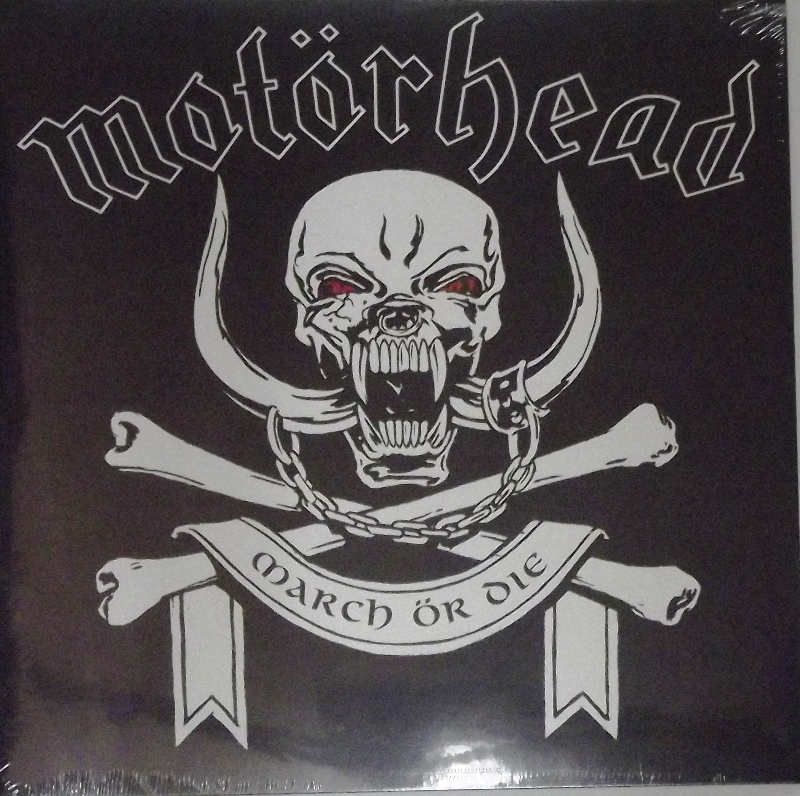 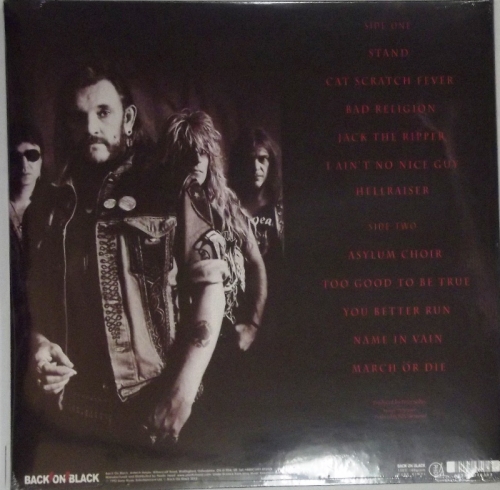 Sealed brand new repressing with a gatefold cover. Made 8in the EU.

March ör Die is the tenth album by the band Motörhead, released 14 August 1992, on the WTG/Epic label, their second and last with them.[1]

After years of lackluster sales and feuds with record labels in the late 1980s, Motörhead had enjoyed an incredible turnaround by 1992. After the critical success of 1916, which was nominated for a Grammy, Motörhead secured a second album deal with Sony. In addition, vocalist and bassist Lemmy Kilmister had co-written four songs for Ozzy Osbourne's 1991 blockbuster album No More Tears at the invitation of Ozzy's wife and manager Sharon Osbourne, including "I Don't Want to Change the World'," "Desire," "Hellraiser," and the hit single "Mama, I'm Coming Home," generating much needed income. In his autobiography White Line Fever, Lemmy recalls:

"..that was one of the easiest gigs I ever had – Sharon rang me up and said, 'I'll give you X amount of money to write some songs for Ozzy', and I said, 'All right – you got a pen?' I wrote six or seven sets of words, and he ended up using four of them... I made more money out of writing those four songs than I made out of fifteen years of Motörhead – ludicrous, isn't it?!.."