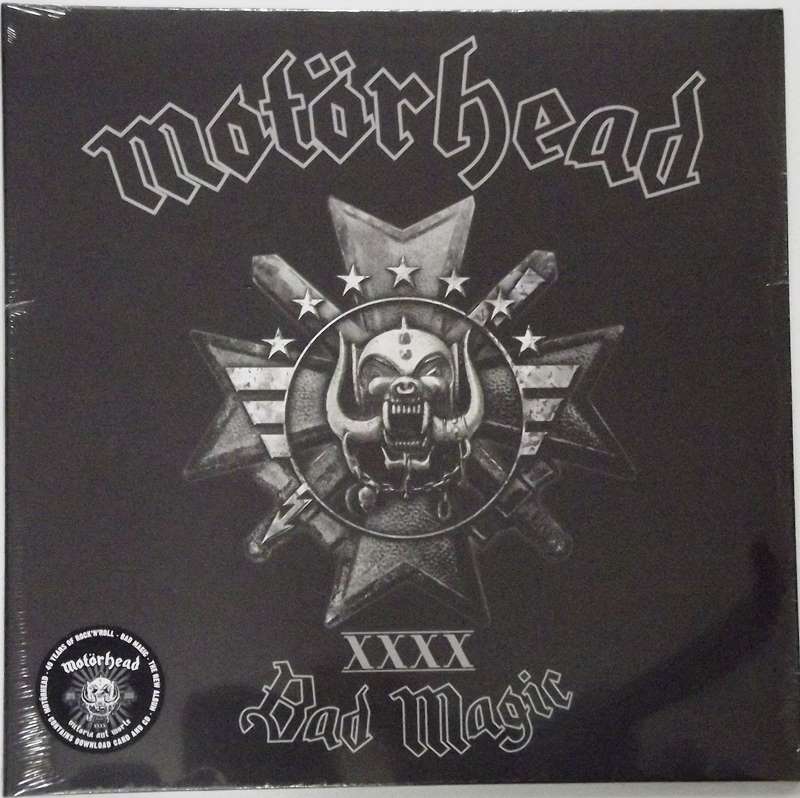 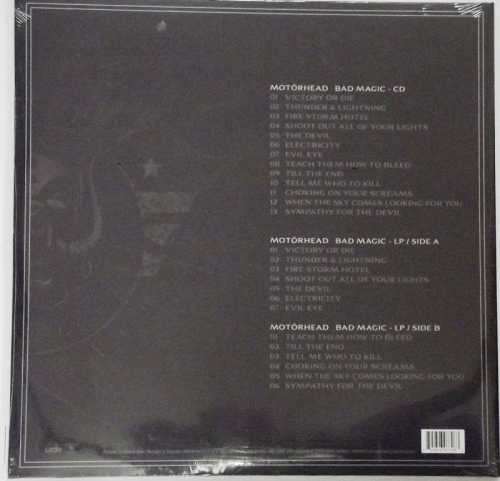 Bad Magic is the twenty second and final studio album by the band Motörhead released on 28 August 2015, and is the fifth release under the UDR GmbH / Motörhead Music collaboration of the previous five years.[12]

Due to the death of founder Lemmy Kilmister four months after the album's release, the band disbanded after 40 years on the road. Mikkey Dee stated to numerous media that's the end of the band.[13]

"When the Sky Comes Looking for You" was the only song from this album to be played live, to current knowledge.[14]

The Roman numerals present on the cover translate as the number 40 and are the years Motörhead had been playing at the time of release and printing the album cover, which doesn't change upon Lemmy's death as he died the same year. The production of Motörheads albums over their last 15 years improved considerably, and this last album is no exception. The clarity of Lemmy's bass, considering he plays it like a guitar half the time, and has all the Mid-range up, is hard to reproduce on the average music system[citation needed]. Cameron Webb has done well with this, as the guitar of Philip and the drums of Mikkey also have a very clear sound, something that is hard to reproduce with the wall of sound that Motörhead basically pioneered over their 40 years of live gigging