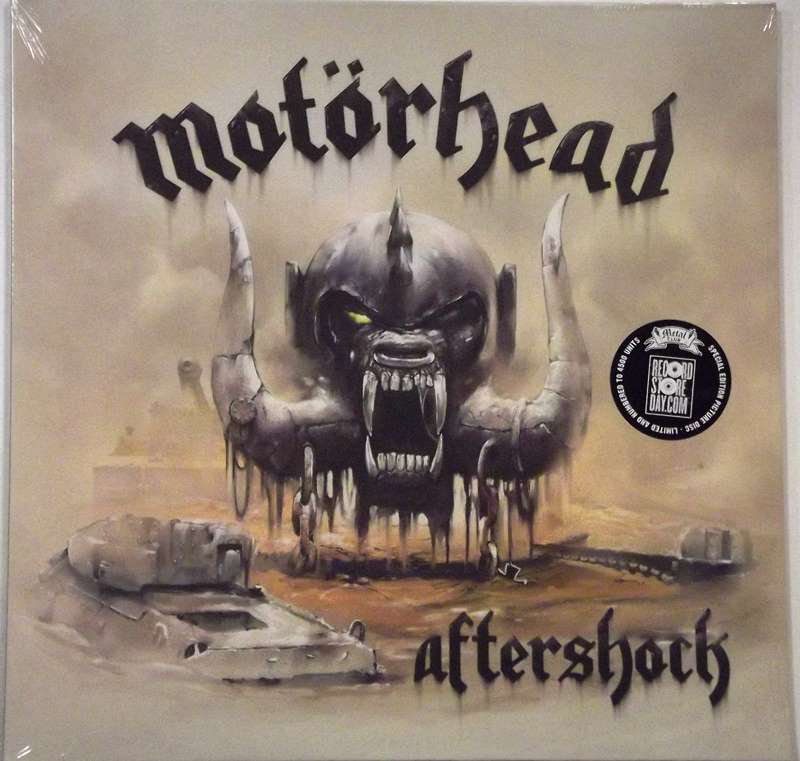 Aftershock is the 21st studio album by British rock band Motörhead. Originally expected to be released in mid-2013,[1][2] it was released on 18 October in Germany, 21 October 2013 in the United Kingdom and the rest of Europe, and on 22 October in North America.[3] The album was produced by Cameron Webb.

In an August 2012 interview with Artisan News Service during the Rockstar Mayhem Festival, Motörhead drummer Mikkey Dee revealed that the band had written a number of songs already for a follow-up to 2010's The Wörld Is Yours, but that the band were continuing to write. He then went on to say that the new album would be recorded and released in 2013.[1] In an interview with Classic Rock Revisited, Lemmy was asked about the possibility of the album consisting of all covers. Lemmy said that it had been discussed and that "it would be fun to do". He further noted that if a covers album would be made, the band's varying musical tastes would ensure a diverse track listing.[4]

In late October 2012, it was announced that the band had made plans to enter the studio in January 2013. In addition, Cameron Webb, who had produced the previous four albums, would again return to produce the new album.[2] The title was revealed on 18 June 2013