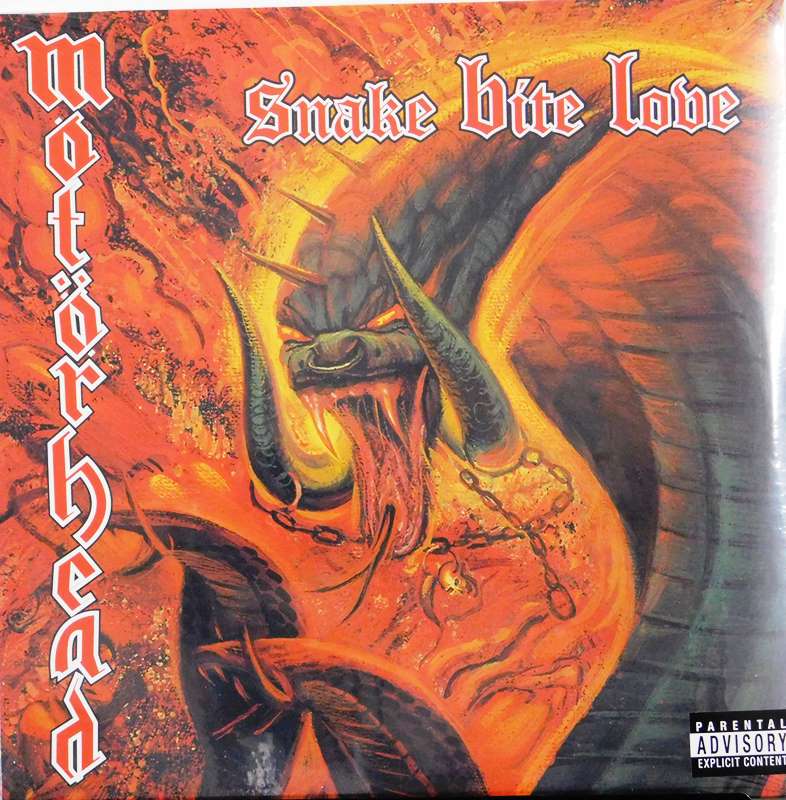 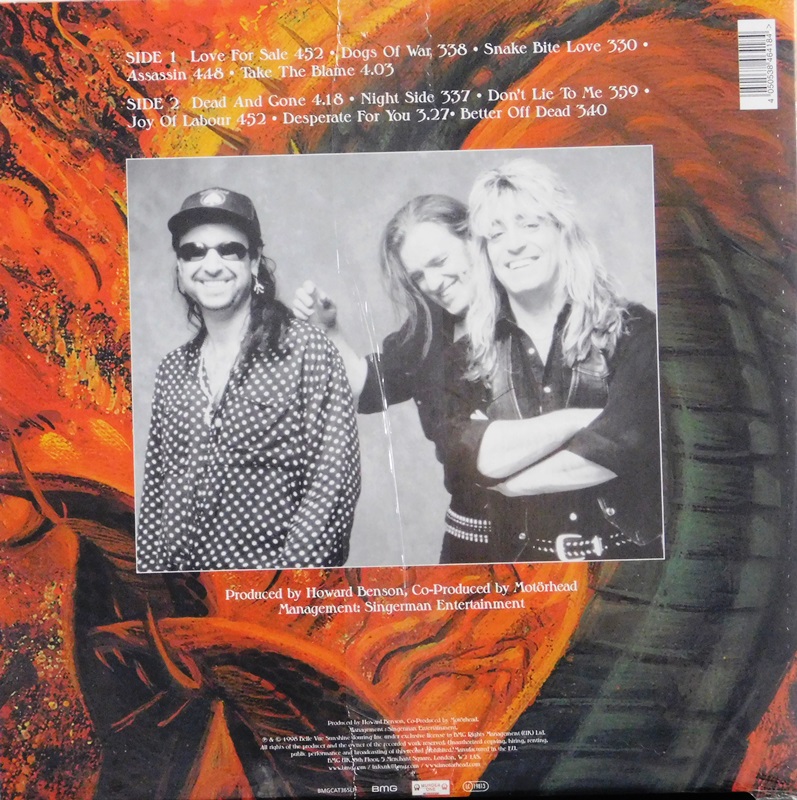 Snake Bite Love is the 14th studio album by the band Motörhead, released 10 March 1998, on Steamhammer, their third with the label.

Snake Bite Love would be the final album co-produced with Howard Benson.  By all accounts, the recording was rushed, with drummer Mikkey Dee quoted in the 2011 Motörhead book Overkill: The Untold Story of Motörhead:

"..we were stressed out of our minds when we did that album.  It turned out OK, but no more than OK.  We all know it; we should've had three more weeks on that and it would've been a great album. I blame it completely on the time we had.  For instance, we put on the worst song we ever had, which is "Night Side," it's the worst shit we've ever done, and we thought it was shit when we did it. We had no time to write another tune, we had nothing left...So we all feel the same about that album. I've heard people say, "That's the best album you've got" and I'm like "What planet are you from?.."

Lemmy was far kinder to the LP in his autobiography White Line Fever, feeling it "came out quite nicely" but admits it was recorded "all over the place."  Lemmy recalls that the making of Snake Bite Love was quite normal for the band:

"..six weeks before we recorded it, we didn't even have one song. But when it came time, we put it together very quickly. Unfortunately, I was sick for some of the rehearsals, and when you leave two guys together who aren't singers, you end up with some weird arrangements.." [4]

He points particularly to "Desperate for You" and "Night Side" in this respect and explains how the title track started as a completely different song; Dee recorded the drums tracks against a totally different set of chords, then it went back to Sweden where Campbell stated he was sick of the song and didn't like it. Lemmy agreed and Campbell came up with a new riff and changed the whole thing. Lemmy admits that the album is a prime example of him writing the words at the last minute, and adds: