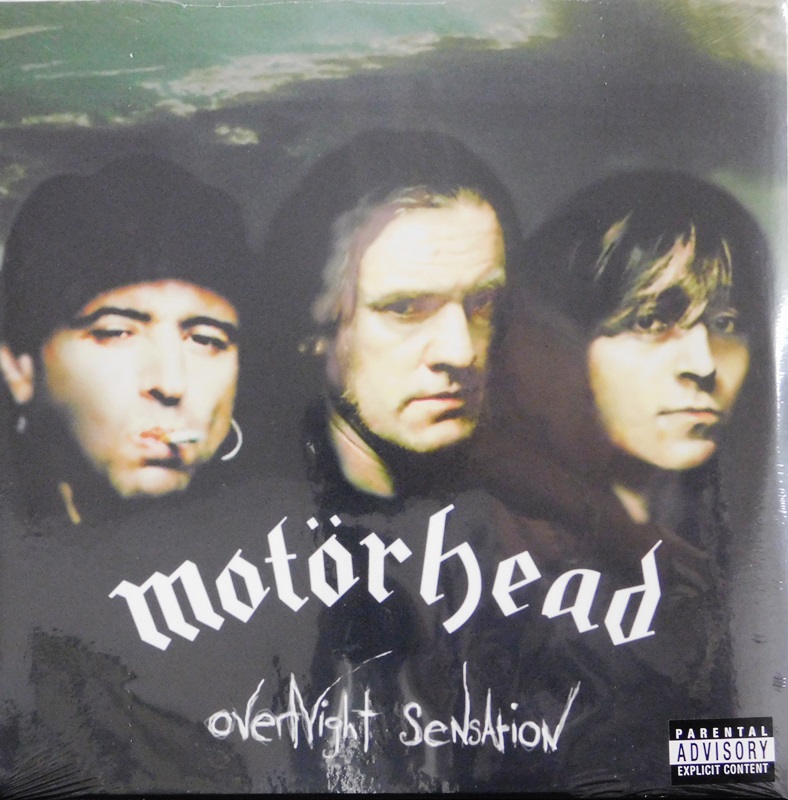 Overnight Sensation is the 13th studio album by the band Motörhead released 15 October 1996, their second on the Steamhammer label.

The album was Motörhead's third album with producer Howard Benson.  Following the departure of Würzel (Michael Burston) in 1995, the band returned to the same three-man "classic Motörhead line up"; bass guitar/vocals, lead guitar, and drums. In a rare outside songwriter credit, Swedish Erotica guitarist Magnus Axx contributed to writing the song "Civil War". This album was also the first since Ace of Spades (1980) to have a picture of the band on the cover. Despite being only a three-piece band, the band had a heavier style on this work than on its previous album, Sacrifice.[4]  Vocalist and bassist Lemmy Kilmister recalls that, amidst the touring, the record took about four weeks to write new songs and four weeks to record in the studio.[5] Lemmy talked about the return to being a three piece:

"..it went the same as a four-piece except one guy wasn't there! Or the same as the Everly Brothers plus one. It was a bit more fraught, but that was just because Phil, being the only guitarist, felt that there was a lot riding on his shoulders (which there was). So he was under added pressure, but he proved himself well. Overnight Sensation is a great album for him. Mikkey was his usual perfect self – he always finishes his drums tracks well ahead of schedule. This time around he did them in one day.." [5]