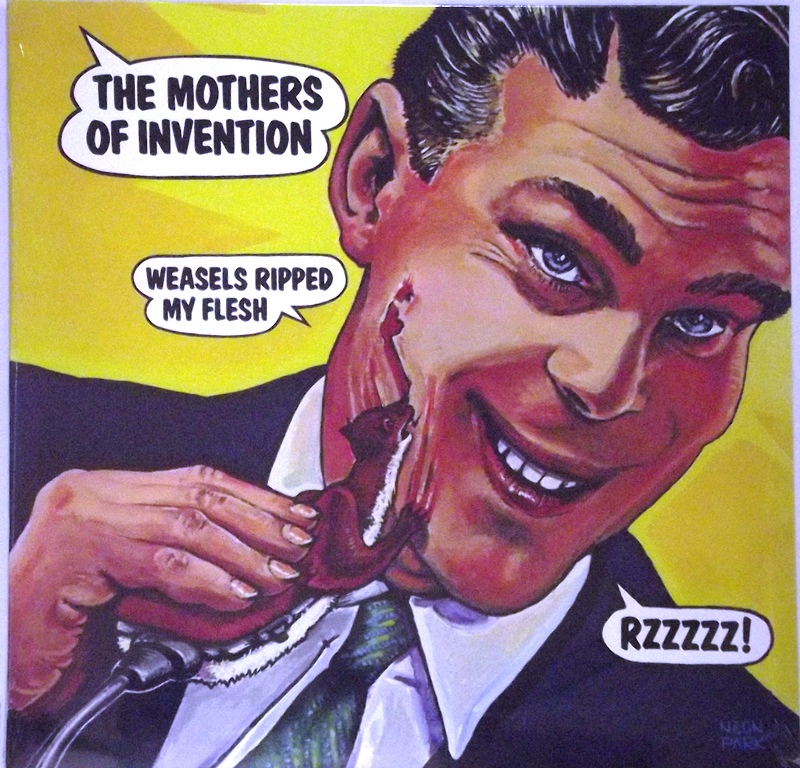 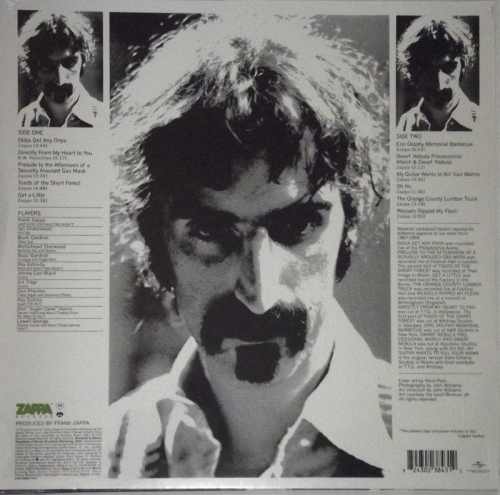 Weasels Ripped My Flesh is the tenth studio album by the American rock band the Mothers of Invention, released in 1970. It is the second posthumous Mothers album released after the band disbanded in 1969,[3] preceded by Burnt Weeny Sandwich. In contrast to its predecessor, which predominately focused on studio recordings of tightly arranged compositions, Weasels Ripped My Flesh largely consists of live recordings and features more improvisation.

Given Zappa's already stated penchant for expressing his music in "phases"—We're Only in It for the Money was written up as "phase one of Lumpy Gravy"—conceptually, Zappa fans occasionally label this album Phase Two of Burnt Weeny Sandwich.[citation needed] Both albums consist of previously unreleased Mothers tracks released after Frank Zappa disbanded the original group in 1969. Whereas all but one of the pieces on Burnt Weeny Sandwich have a more planned feel captured by quality studio equipment, five tracks from Weasels Ripped My Flesh capture the Mothers on stage, where they employ frenetic and chaotic improvisation characteristic of avant-garde jazz and free jazz. This is particularly evident on "Eric Dolphy Memorial Barbecue," a tribute to the multi-instrumentalist, cited as a musical influence in the liner notes to the band's Freak Out! album, who died in 1964. The song opens with a complex melody over a 3/4 rhythm, breaking into howls and laughter at the three-minute mark, then the theme is repeated and elaborated; after a brief rave-up section, the number concludes in stop-start fashion. Zappa's classical influences are reflected in characteristically satirical fashion on "Prelude to the Afternoon of a Sexually Aroused Gas Mask", a play on Debussy's "Prelude a l'apres-midi d'un faune (Prelude to the Afternoon of a Faun)". "Oh No" is a vocal version of a theme that originally appeared on Zappa's Lumpy Gravy album, as well as a pointed barb aimed at the Beatles and John Lennon's "All You Need is Love". "The Orange County Lumber Truck" incorporates the "Riddler's Theme" from the Batman TV show. The album's closer and title track consists of every player on stage producing as much noise and feedback as they can for two minutes. An audience member is heard yelling for more at its conclusion. The All-Music Guide concludes that the track is "perfectly logical in the album's context." The album also contains Don "Sugarcane" Harris's straight-ahead blues violin and vocal performance of Little Richard's R&B single "Directly From My Heart to You" (which is actually an outtake from the sessions for the Hot Rats album).

The album also documents the brief tenure of Lowell George (guitar and vocals), who went on to found the country-rock band Little Feat with Mothers bassist Roy Estrada. On "Didja Get Any Onya", George affects a German accent to relate a story of being a small boy in Germany and seeing "a lot of people stand around on the corners asking questions, 'Why are you standing on the corner, acting the way you act, looking the way you look, why do you look that way?'"

The Rykodisc CD reissue of the album features different versions of "Didja Get Any Onya?" and "Prelude to the Afternoon of a Sexually Aroused Gas Mask", which featured music edited out of the LP versions. The extended version of "Didja Get Any Onya?" features a live performance of the composition "Charles Ives", a studio recording of which had previously been released as the backing track for "The Blimp" on the Captain Beefheart album Trout Mask Replica, produced by Frank Zappa. The 2012 Universal Music reissue reverts to the original LP versions.[4]