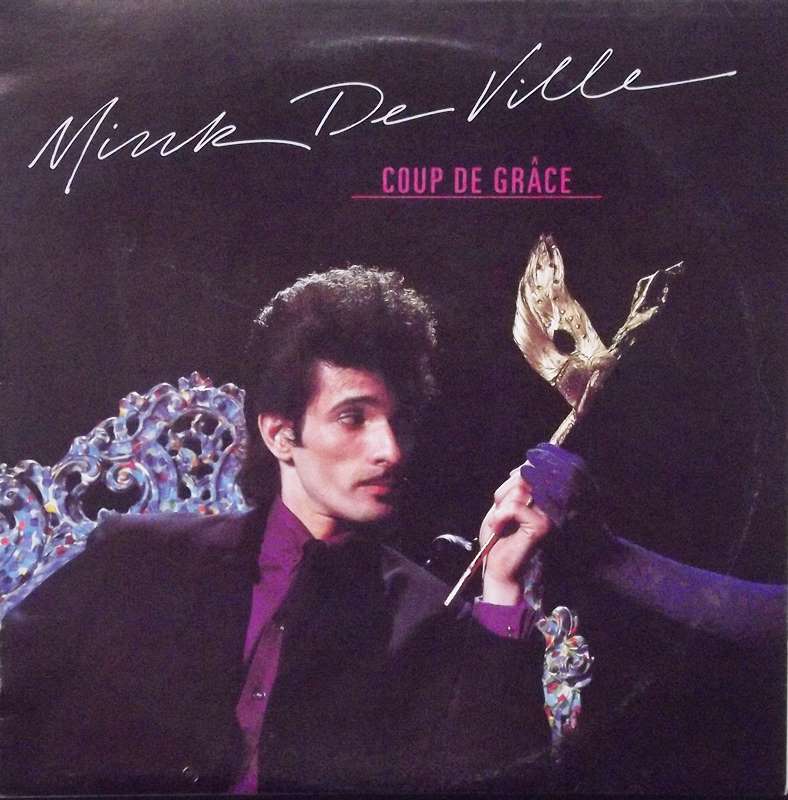 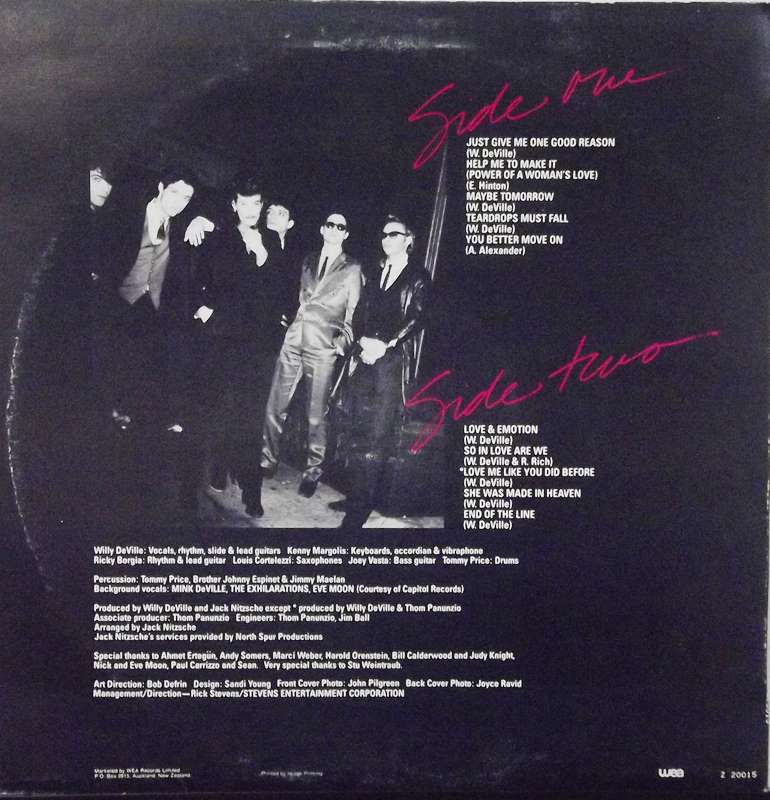 Coup de Grâce, issued in 1981, is the fourth album by the rock band Mink DeVille. The album represented a departure for the band, as frontman Willy DeVille dismissed the only other remaining original member of the band, guitarist Louis X. Erlanger, and hired Helen Schneider's backup band ("The Kick") to record the album.[1] Moreover, the album was recorded for Atlantic (Mink DeVille had previously recorded with Capitol).

I had band problems, manager problems, record company problems. And yeah, I had drug problems. Finally I got a new recording contract, with Atlantic, and a new manager. I cleaned up my act. I figured that since playing music with people I was friends with didn't seem to work out, I would hire some mercenaries, some cats who just wanted to play and get paid. And those guys turned out to be more devoted to the music than any band I ever had. They're professional, precise, but they're full of fire, too."[2]

Jack Nitzsche produced the album, his third for Mink DeVille, along with Willy DeVille (the song "Love Me Like You Did Before" was produced by Willy DeVille and Thom Panunzio).