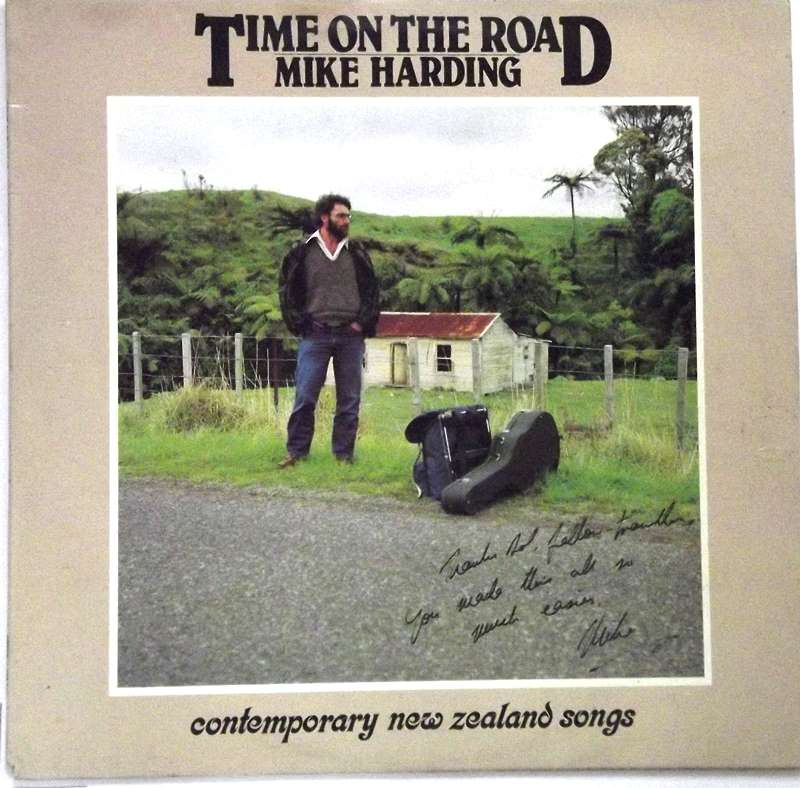 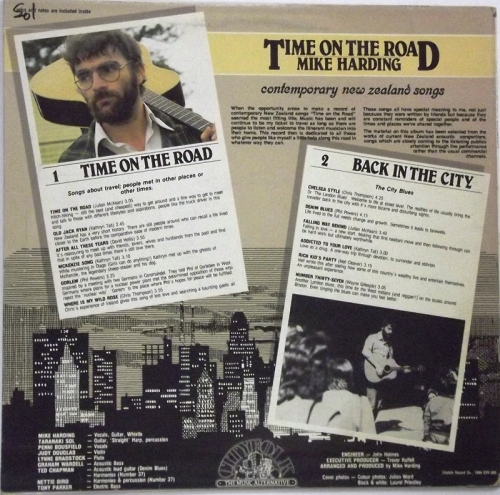 Time On The Road

Contemporary songs of New Zealand featuring the works of songwriters from the Auckland folk and acoustic scene in the 1980's.

Growing up in Eketahuna, Harding practised his music in "the streets, markets and clubs of Auckland in the early 1980s", before he describes himself as having spent a "Time on the Road" decade all over New Zealand and parts of Australia and Britain.[3] In 1998 he created his tenth recording, "Past to the Present", described by Radio New Zealand as a "20 track exploration of NZ from north to south, its people and places, past and present."[2] and his first record available on CD. In 2008, he followed it by "Here We Have a Land", with a selection of New Zealand folk songs and his own original creations.[3]

Mike Harding has played at the Auckland Folk Festival several times, especially in the 1990s,[4] was a top performer at the Marlborough Folk Society's concerts in Blenheim,[5] as well as playing at other music festivals like New Plymouth's "TSB Bank Festival of Lights".[6] Since about 1995, Mike Harding also plays on and off as guitarist of the Gumboot Tango band, appearing regularly at events like the Taranaki International Arts Festival.[7]