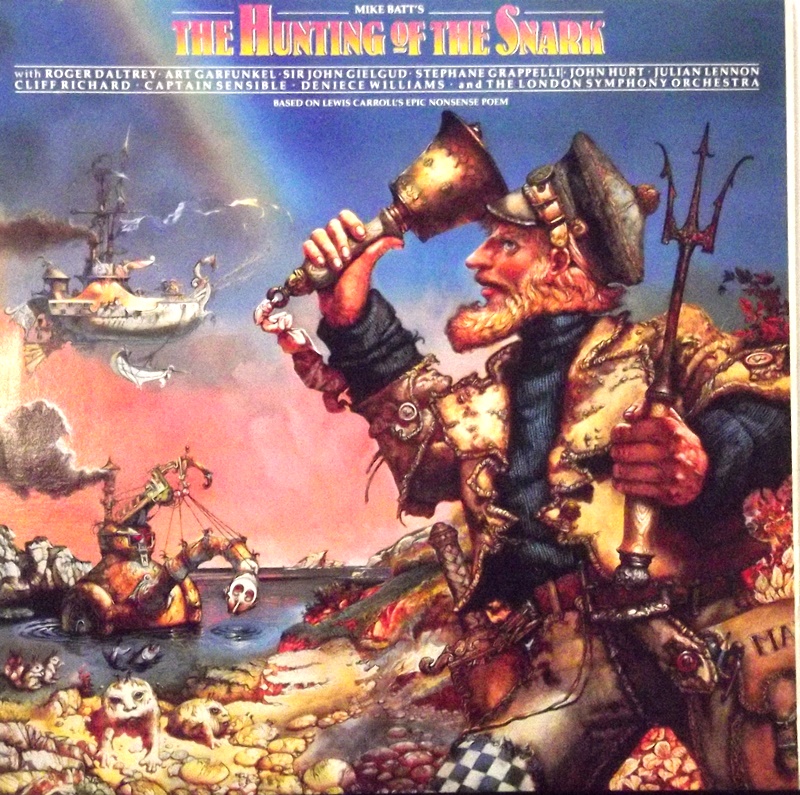 The Hunting Of The Snark

The musical began life in 1984 as a costumed concert with the London Symphony Orchestra at the Barbican, conducted by Mike Batt and starring Paul Jones as the Baker and Christopher Casenove as the narrator.

It was created as a concept album in 1986 but withheld from sale after a dispute with the  record label, CBS (Sony)[1]. The recording featured Roger Daltrey, Art Garfunkel, John Gielgud, Stephane Grappelli, George Harrison, John Hurt, Julian Lennon, Cliff Richard, Captain Sensible, Deniece Williams, and the London Symphony Orchestra. Later that year it was performed as a concert at the Barbican.  "Midnight Smoke" was released as a single on 17 November 1986.

A further (costumed) production took place at the Royal Albert Hall on April Fool's Day 1987, with Justin Hayward taking Art Garfunkel's role of the Butcher from the original recording, Billy Connolly replacing Cliff Richard as the Bellman and Midge Ure performing George Harrison's guitar parts. Other performers recreated their roles from the concept recording. This concert was filmed and screened as a television special in some countries.

In 1990 The Hunting Of The Snark was successfully presented, again by Batt, as a dramatised concert in Australia, at Sydney's State Theatre with the Elizabethan Symphonia, and Philip Quast starring as the Bellman.

The New Zealand amateur premiere was at the Marton Players' Theatre in Marton, with a cast of enthusiastic volunteers.

On 24 October 1991 a £2 million budget production of the show opened in London at the Prince Edward Theatre, with striking scenery and designs. 12,000 animated slides were projected from 152 computer-linked projectors arranged around the theatre. Although reviews praised Batt's visual concepts and Quast as the Bellman, the show closed seven weeks later.

The show was later presented as an amateur production  in July 1995 at The Crucible Theatre, Sheffield, with slightly different songs and libretto created by Batt for the occasion. The production was produced by Ian Gude for Jolly Good Musical Productions, directed by Steve Morrell, with musical direction by Ian Gude.