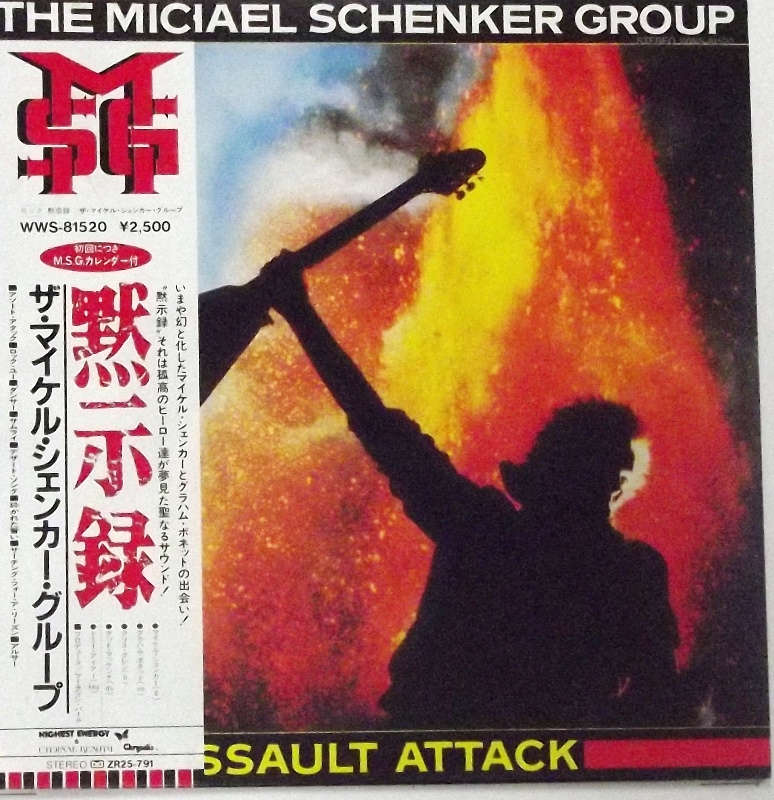 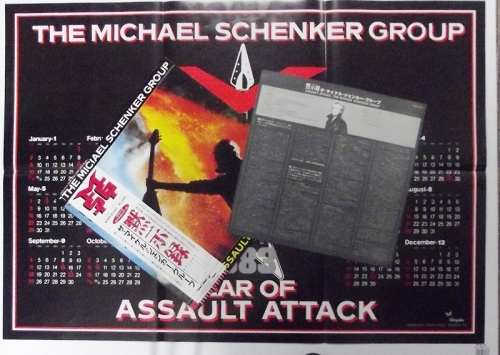 Assault Attack is the third studio album from The Michael Schenker Group, and the only album to feature former Rainbow vocalist Graham Bonnet. The album was recorded in France at the Château d'Hérouville

After returning to the UK from Japan in August 1981, having recorded the live album One Night at Budokan, Schenker and his band played a short tour of the UK. After the tour, Cozy Powell and Peter Mensch (Michael Schenker Group's manager) wanted a better singer for the band and suggested David Coverdale, but Schenker himself wanted Graham Bonnet. After some disagreements, which ultimately led to the termination of the cooperation between Mensch and MSG,[citation needed] Bonnet joined the MSG in February 1982. Meanwhile, Powell and Paul Raymond left the band for their own reasons and were replaced by drummer Ted McKenna and session keyboardist Tommy Eyre. After four months the band went to France to start recording the album that would become Assault Attack with producer Martin Birch, who arrived fresh from Iron Maiden's album The Number of the Beast. The sessions took place at a French castle, Le Château d'Hérouville.

This was the last time until the Tales of Rock'n'Roll album that Schenker and Bonnet cooperated. The BBC broadcast of the Reading Festival concert was released in 1993 as BBC Radio 1 Live in Concert - this featured a returning Gary Barden on vocals. .nd was produced by Martin Birch.