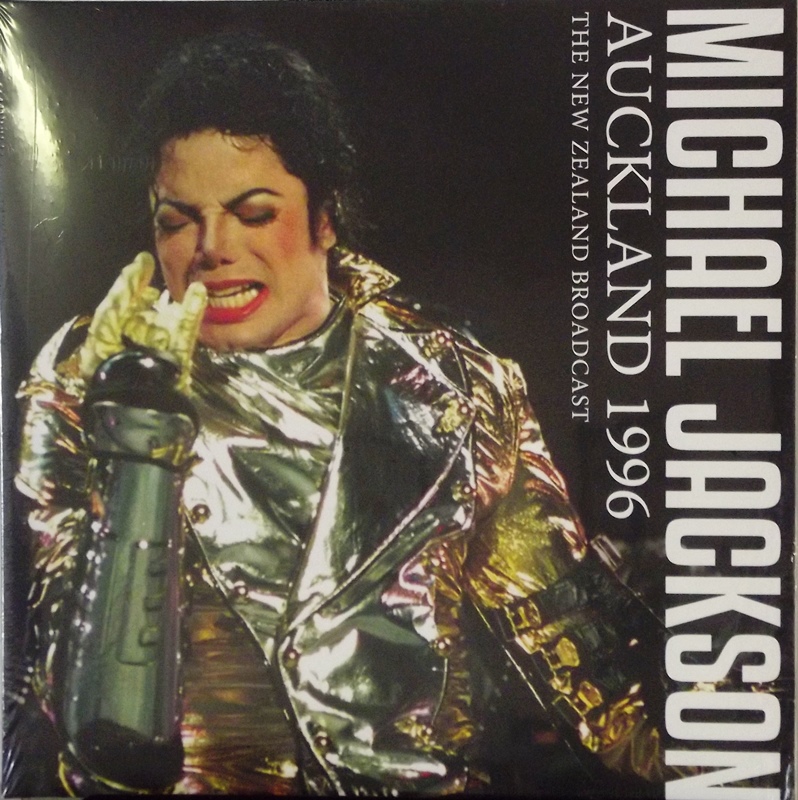 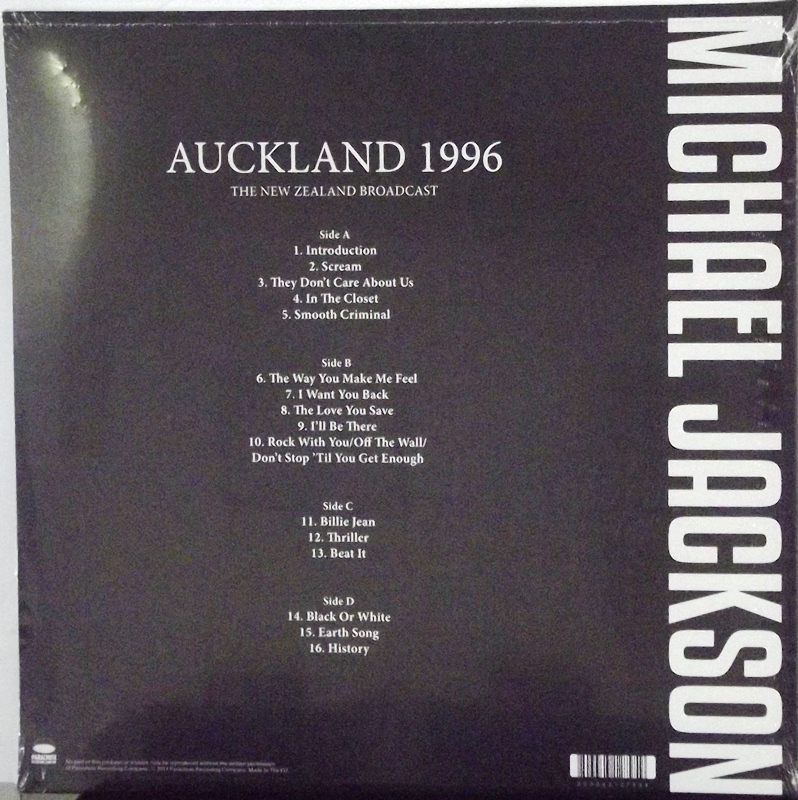 Sealed brand new double album from the Prince of Pop in NZ.

The recording included on this deluxe vinyl release is taken from Michael Jackson’s performance at the Ericsson Stadium in Auckland, New Zealand on 11th November 1996, and highlights the sheer scale and magnificence of the tour. Broadcast live on FM Radio in superb audio quality, Jackson mixes newer hits such as ‘Scream’ and ‘Earth Song’ with older classics including ‘Thriller’, ‘Beat It’ and ‘Billie Jean’ – and even performs a couple of early 1970s Jackson 5 numbers too.

Michael Jackson will always be remembered as one of the most talented and charismatic performers to ever take to the stage; this recording makes obvious why this is.