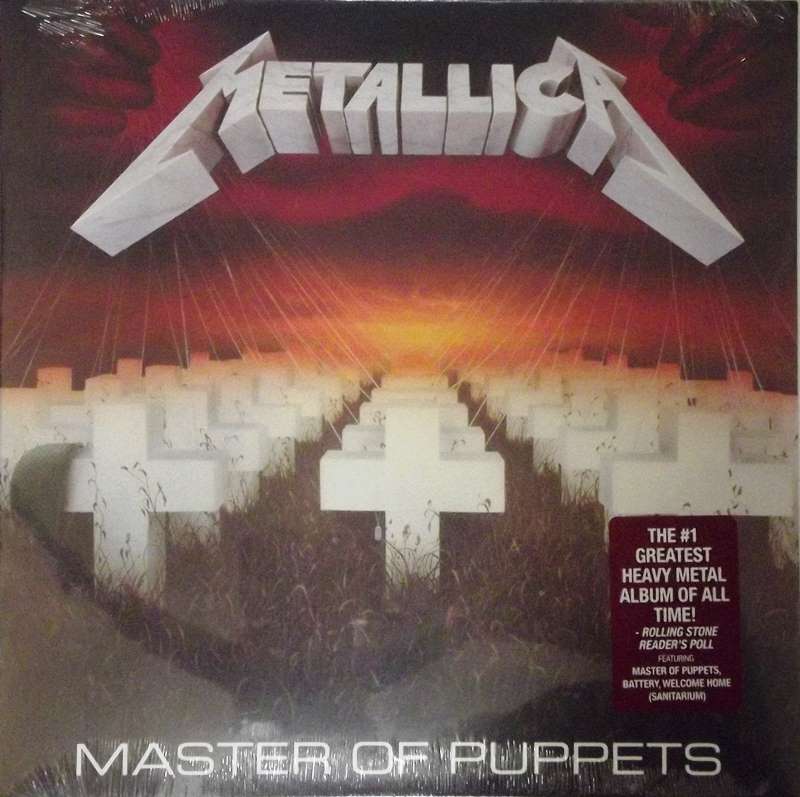 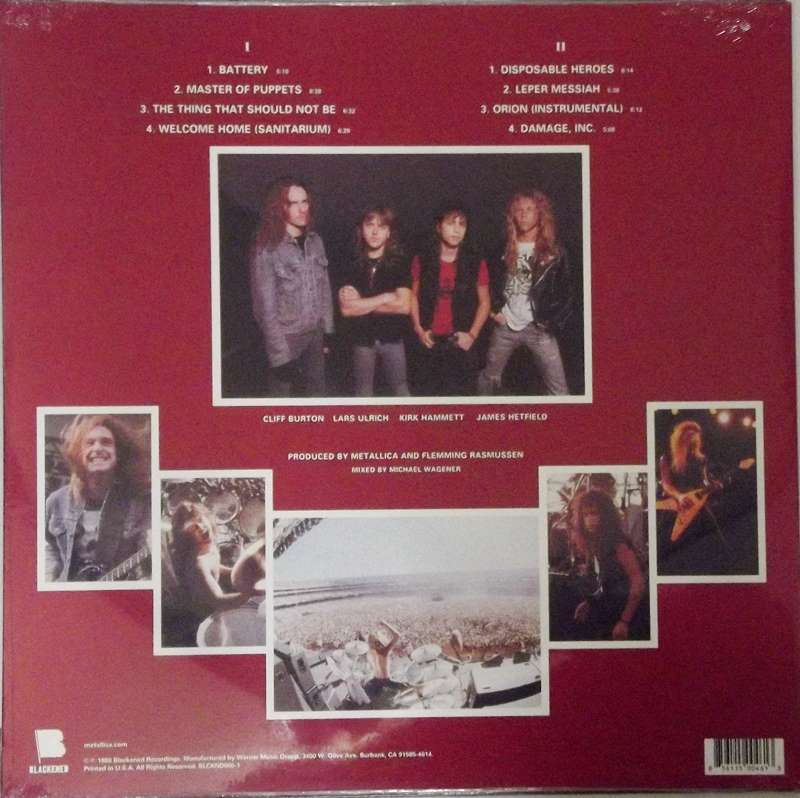 Sealed - Brand new vinyl. Made in the USA.

Master of Puppets is the third studio album by American heavy metal band Metallica. It was released on March 3, 1986 by Elektra Records.[1] Recorded at the Sweet Silence Studios with producer Flemming Rasmussen, it was the first Metallica album released on a major record label. Master of Puppets was the band's last album to feature bassist Cliff Burton, who died in a bus accident in Sweden during the album's promotional tour. The album peaked at number 29 on the Billboard 200 and became the first thrash metal album to be certified platinum. It was certified 6× platinum by the Recording Industry Association of America (RIAA) in 2003 for shipping six million copies in the United States. The album was eventually certified 6× platinum by Music Canada and gold by the British Phonographic Industry (BPI).

Master of Puppets was released to critical acclaim and has been included in several publications' best album lists. Its driving, virtuosic music, and angry political lyrics drew praise from critics outside the metal community. The album is considered the band's strongest effort of the period and is one of the most influential heavy metal albums. Critics credit it for consolidating the American thrash metal scene with its atmospheric and meticulously performed songs. Many bands from all genres of heavy metal have covered the album's songs, including tribute albums. Master of Puppets was deemed "culturally, historically, or aesthetically significant" enough for preservation in the National Recording Registry by the United States Library of Congress in 2016,[2] the first metal recording to do so.

The cover was designed by Metallica and Peter Mensch and painted by Don Brautigam. It depicts a cemetery field of white crosses tethered to strings, manipulated by a pair of hands in a blood-red sky. Instead of releasing a single or video in advance of the album's release, Metallica embarked on a five-month American tour in support of Ozzy Osbourne. The European leg was canceled after Burton's death in September 1986, and the band returned home to audition a new bassist. Metallica honored the album's 20th anniversary on the Escape from the Studio '06 tour, by playing it in its entirety.