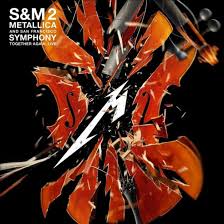 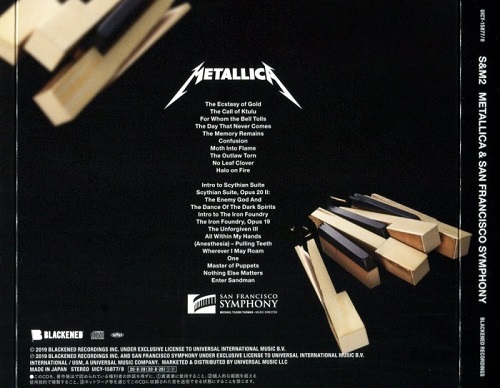 S&M2 is a live album by American heavy metal band Metallica and the San Francisco Symphony. The album is a follow-up to S&M, a live collaborative album released in 1999. Like S&M, the album was recorded during a live performance in San Francisco at the Chase Center in 2019.[2] The performance was also filmed and released theatrically on October 9, 2019.[3]

On April 21 and 22, 1999, Metallica, in collaboration with the San Francisco Symphony and Michael Kamen, recorded and filmed a concert at the Berkeley Community Theater.[4][5] The performance was released as a film and a live album in November 1999.[6]

In March 2019, Metallica announced the S&M2 concert. The concert, which was similarly performed in collaboration with the San Francisco Symphony, was planned in celebration of the 20th anniversary of S&M.[7] The concert was recorded and filmed at the Chase Center in San Francisco on September 6 and 8, 2019,[8] with Edwin Outwater and Michael Tilson Thomas[nb 1] conducting the symphony orchestra.[9] The concert also marked the grand opening of the Chase Center.[10] Filming was directed by Wayne Isham, who also directed S&M.[11]