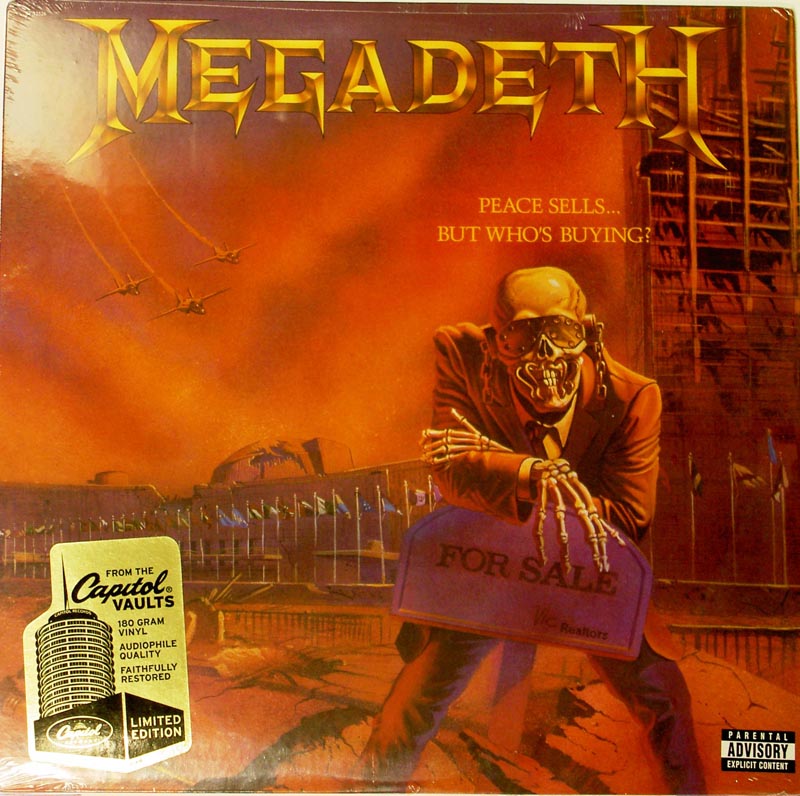 Peace Sells... But Who's Buying?

Peace Sells... but Who's Buying? is the second studio album and major label debut by the American thrash metal band Megadeth, released on September 19, 1986 by Capitol Records. The project was originally handled by Combat Records, resulting in the first mix of the album being co-produced by Randy Burns. Capitol Records then bought the rights to the album and hired another producer, Paul Lani, to mix it himself. The recording of the album was difficult for the band, because of the ongoing drug issues the members had at the time. This was the last Megadeth album to feature drummer Gar Samuelson and guitarist Chris Poland, who were fired shortly after the album's promotional tour for drug abuse. The title track, noted for its politically conscious lyrics, was released as the album's lead single.

Peace Sells... but Who's Buying? is regarded as a thrash metal classic and as an album that gave prominence to extreme metal. It has been featured in several publications' best album lists, including Robert Dimery's 1001 Albums You Must Hear Before You Die and Martin Popoff's Top 500 Heavy Metal Albums of All Time. The album has been reissued several times over the years. In 2004, the album was remixed and remastered by Megadeth frontman Dave Mustaine, with extensive liner notes detailing the album's background. In 2011, the three different versions were reissued as part of the album's 25th anniversary celebration. All of them, with the exception of the 2004 mixes, feature new remastering. The album's cover art, featuring the band's mascot Vic Rattlehead in front of a desolated United Nations Headquarters, was created by Ed Repka.