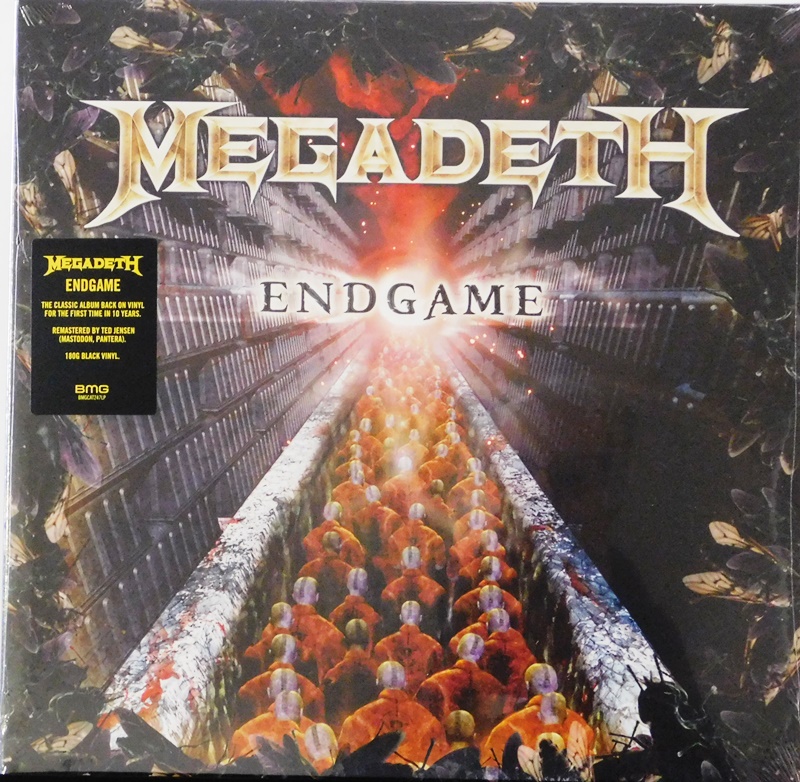 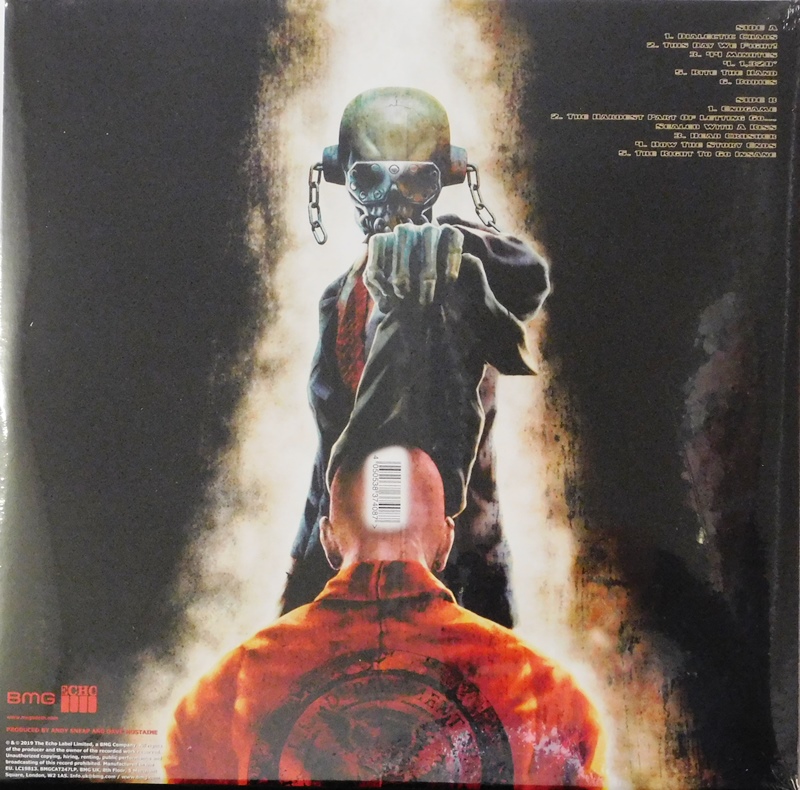 Endgame is the twelfth studio album by American thrash metal band Megadeth. It was produced by Dave Mustaine and Andy Sneap and released through Roadrunner Records on September 15, 2009. Endgame was the first album to feature guitarist Chris Broderick, following Glen Drover's departure in 2008, and was the band's last studio album with bassist James LoMenzo; original bassist David Ellefson rejoined the band several months after the album's release.[2]

There are eleven tracks on the album, with lyrics inspired by subjects ranging from The Lord of the Rings and the financial crisis of 2007–08, to insanity, torture and crime. Two singles were released from the album: "Head Crusher" and "The Right to Go Insane"; the former was nominated for "Best Metal Performance" at the 2010 Grammy Awards. Endgame entered the Billboard 200 at number nine, and reached number one on the U.S. Top Hard Rock Albums chart.  As of April 2011 it has sold about 150,000 copies in the U.S.[3] The album received positive reviews from music critics, and was thought to continue the success of the band's previous album, United Abominations (2007). In 2009, it won two Metal Storm Awards: Best Thrash Metal Album and Biggest Surprise.[4] It was also awarded Best Album in Burrn! magazine's 2009 Readers' Poll.[5]