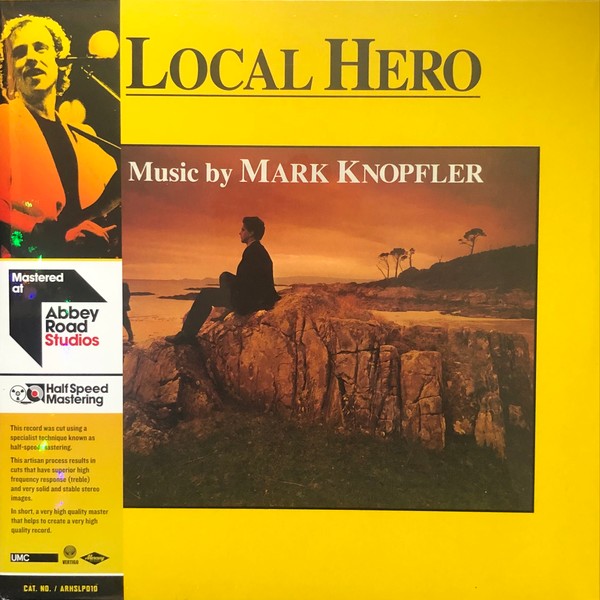 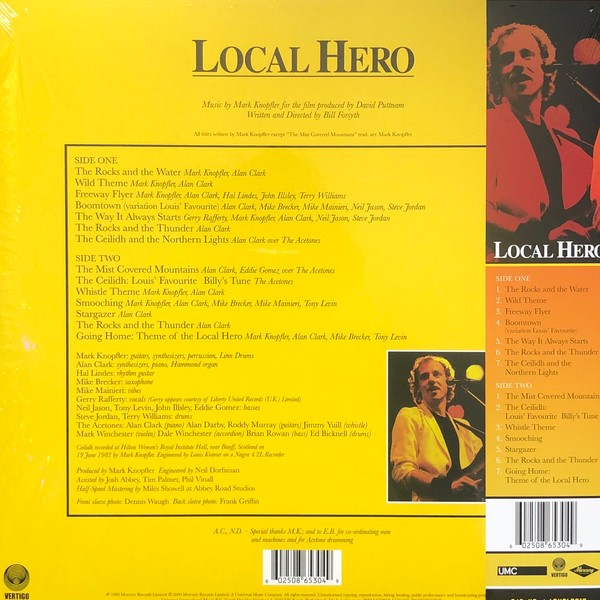 Local Hero is the debut soundtrack album by British singer-songwriter and guitarist Mark Knopfler, released in March 1983 by Vertigo Records internationally and by Warner Bros. Records in the United States. It contains music composed for the 1983 film Local Hero, produced by David Puttnam and both written and directed by Bill Forsyth.[1]

In 1984, the album received a BAFTA award nomination for Best Score for a Film.[2] The final track of the album, "Going Home", is played before every home game of Newcastle United F.C., Knopfler's local team.[3] Knopfler re-recorded the song as a charity single for the 2014 Great North Run in his home city.[4]