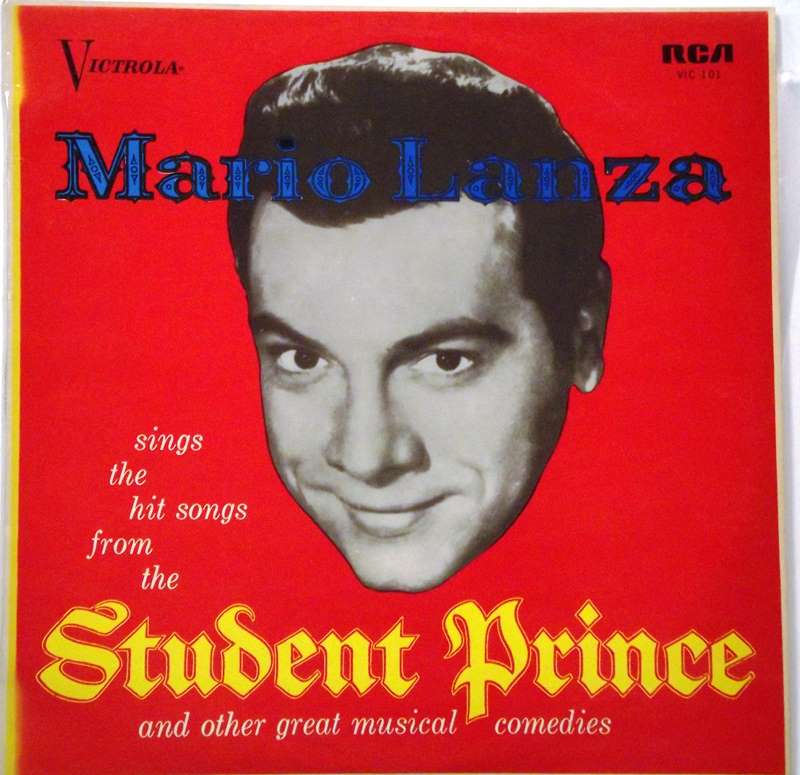 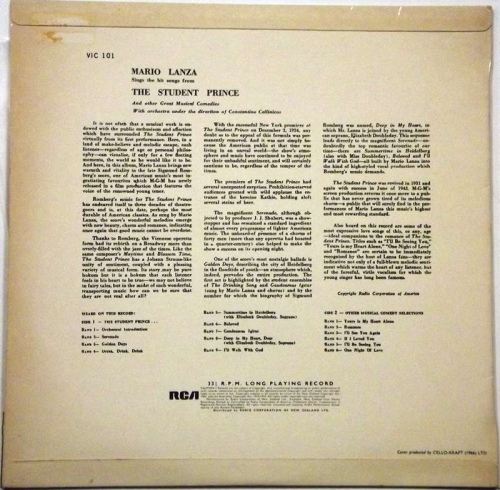 The Student Prince is a 1954 CinemaScope color film musical featuring, as the credits read, "the singing voice of Mario Lanza". Lanza had become embroiled in a bitter dispute with Metro-Goldwyn-Mayer during production and the studio fired him. Under the terms of the settlement with Lanza, MGM retained the film rights to the soundtrack that Lanza had already recorded. The songs from this film (including "Beloved" – written specially for the movie – and the well-remembered "Serenade", from the original show) would become some of those most identified with Lanza, even though they were mouthed in the film by Edmund Purdom, who took over the role of Prince Karl. Ann Blyth starred as Kathie. Blyth had played opposite Lanza in the 1951 blockbuster The Great Caruso.

The film was directed by Richard Thorpe (who replaced the original director, Curtis Bernhardt) and produced by Joe Pasternak. The screenplay was by Sonya Levien and William Ludwig and was based on the operetta The Student Prince by Sigmund Romberg and Dorothy Donnelly which was in turn based on the 1901 play Old Heidelberg by Wilhelm Meyer-Förster. New scenes and rewritten dialogue not found in the stage production were also added, although the basic plot remained the same. Additional songs were specially written by Nicholas Brodszky and Paul Francis Webster. Many of Ms. Donnelly's original stage lyrics were completely changed for the film. Owing to the story's popularity it has been turned into films on numerous occasions, including the American silent film Old Heidelberg (1915), the German silent film Old Heidelberg (1923), Ernst Lubitsch's The Student Prince in Old Heidelberg (1927), and Ernst Marischka's Old Heidelberg (1959).