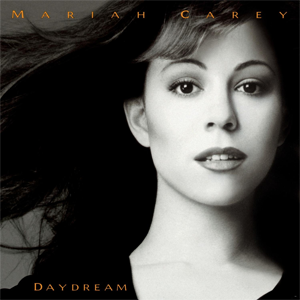 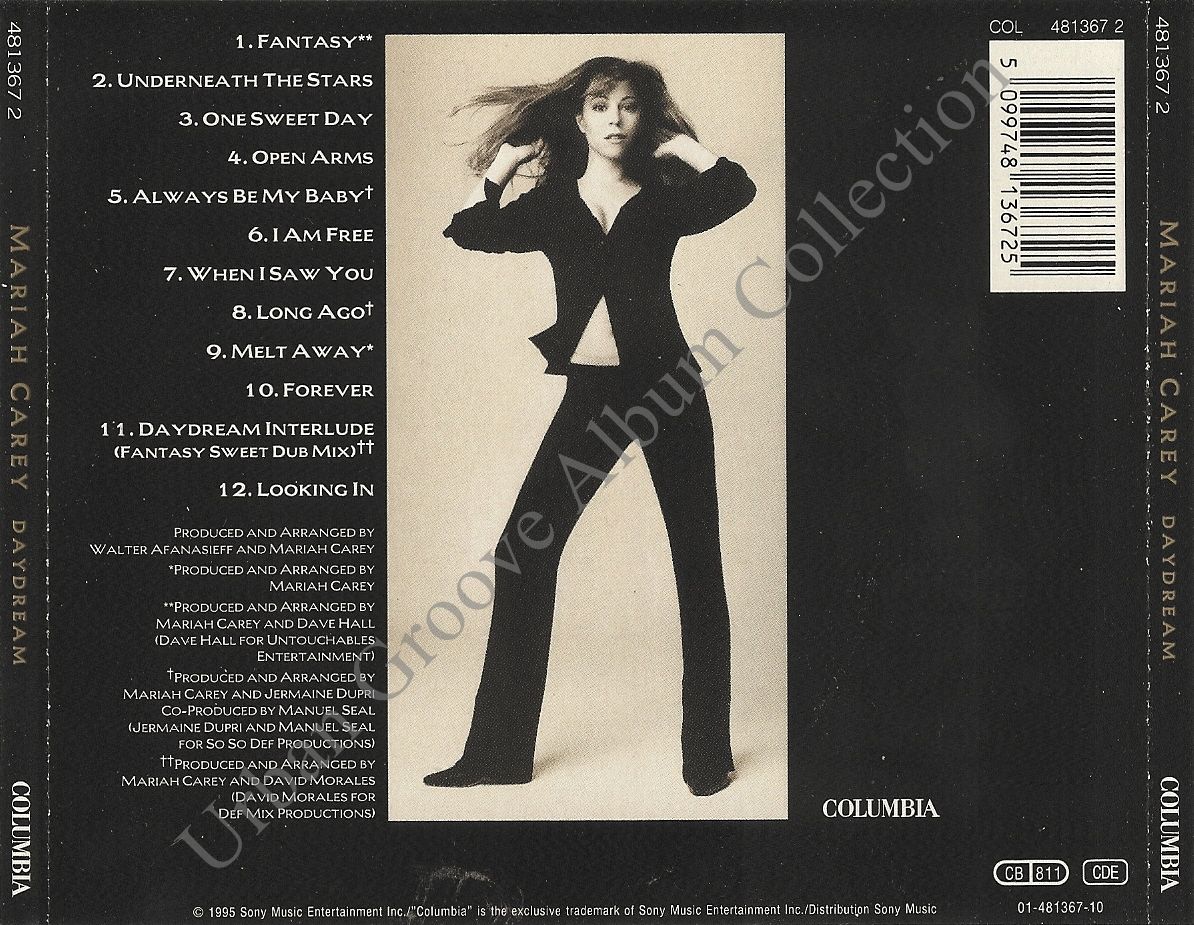 Daydream is the fifth studio album by American singer-songwriter and producer Mariah Carey, released on October 3, 1995, by Columbia Records. The follow-up to her internationally successful album Music Box (1993) and holiday album Merry Christmas (1994), Daydream differed from the two by leaning increasingly towards hip hop and urban music. Throughout the project, Carey collaborated with Walter Afanasieff, with whom she wrote and produced most of her two previous albums. With Daydream, Carey took more control over the musical direction as well as the album's composition. Carey considered Daydream to be the beginning of her musical and vocal transformation, a change that became more apparent in her sixth album Butterfly (1997). During the album's production, Carey endured many creative differences with her label and then-husband Tommy Mottola.

On Daydream, Carey collaborated with Jermaine Dupri for the first time, and co-wrote and produced a song with Kenneth "Babyface" Edmonds, with whom she had collaborated on Music Box. It was also the first time she had worked with Boyz II Men, an R&B group consisting of four male vocalists. Together, they wrote the concept and lyrics for "One Sweet Day", a song that Carey co-produced with Afanasieff. With his assistance and the addition of a few contemporary producers, she was able to make a subtle transition into the R&B market. Daydream was nominated for six Grammy Awards at the 38th annual ceremony, during which Carey performed live. Due to the album's critical and commercial success, critics believed Carey would be one of the night's big winners. However, to her dismay, she was completely shut out, causing the subject to become very public and controversial. She left the annual ceremony empty-handed.

Six singles were released from the album. Its lead single "Fantasy" became the first single by a female artist to debut at number one on the US Billboard Hot 100 and went on to top the chart for eight weeks, and became the second best-selling single of 1995 in the country. The song topped the charts in Australia, Canada, and New Zealand, and became a top-five hit in Finland, France, and the United Kingdom. The second single "One Sweet Day" topped the Billboard Hot 100 for sixteen weeks and became the longest-running number-one single in Billboard's history, holding the record for 23 years. In addition to its success in the United States it also topped the charts in Canada and New Zealand, and peaked within the top five in Australia, France, Ireland and the Netherlands. Jointly, the singles from Daydream spent a combined six months at the top of the Hot 100. To promote Daydream, Carey embarked on the short but successful, Daydream World Tour, visiting Japan and Europe.

Daydream became Carey's best-reviewed album to that point and an international commercial success, debuting at number one in nine different countries, and in the top five in almost every major music market. It was Carey's second album to be certified diamond by the Recording Industry Association of America (RIAA), denoting shipments of ten million copies in the United States. The album made the top five of the best-selling albums in Japan by a non-Asian artist, with 2.1 million copies sold. Daydream remains one of the best-selling albums of all time, with more than 20 million copies sold worldwide.