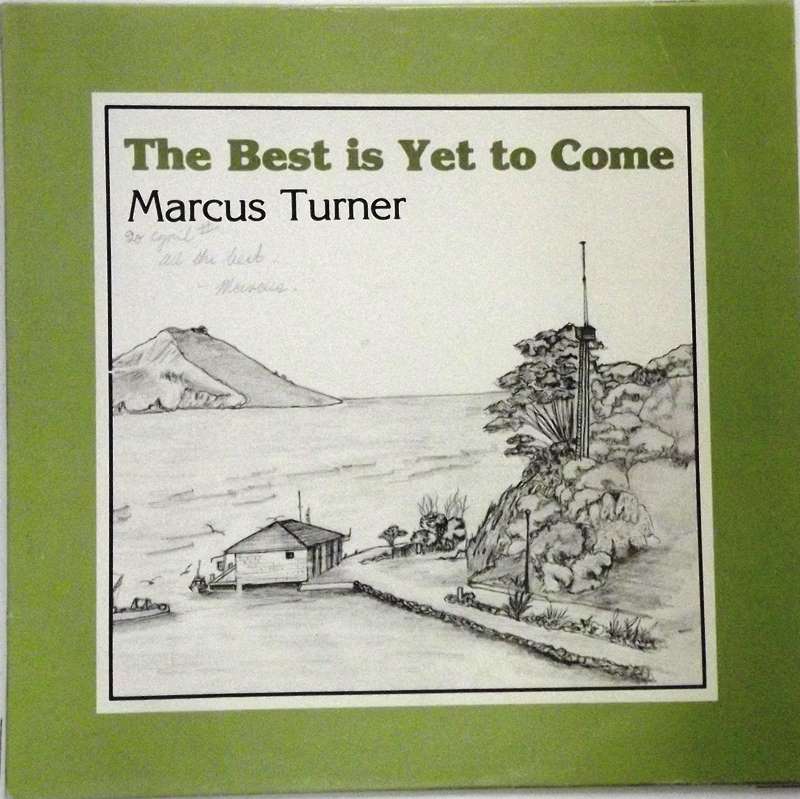 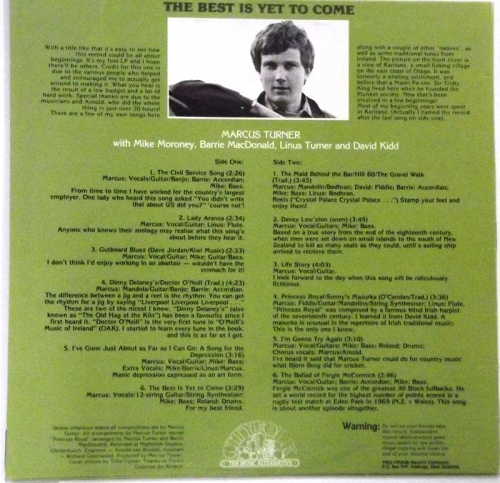 The Best Is Yet To Come

Another great package both vinyl and cover in great shape, has signed dedication on front of cover.. Includes lyric sheet.

Marcus William Turner (16 February 1956 – 2 February 2016) was a singer-songwriter and folk musician from New Zealand. He performed at folk festivals in New Zealand, in Australia, and overseas. He was also a presenter in the TVNZ children's television programmes Spot On, How's That and Play School (in the latter of which he was also a director).

Turner lived on the Otago Peninsula, near Dunedin, New Zealand.[1] He died in early February 2016.