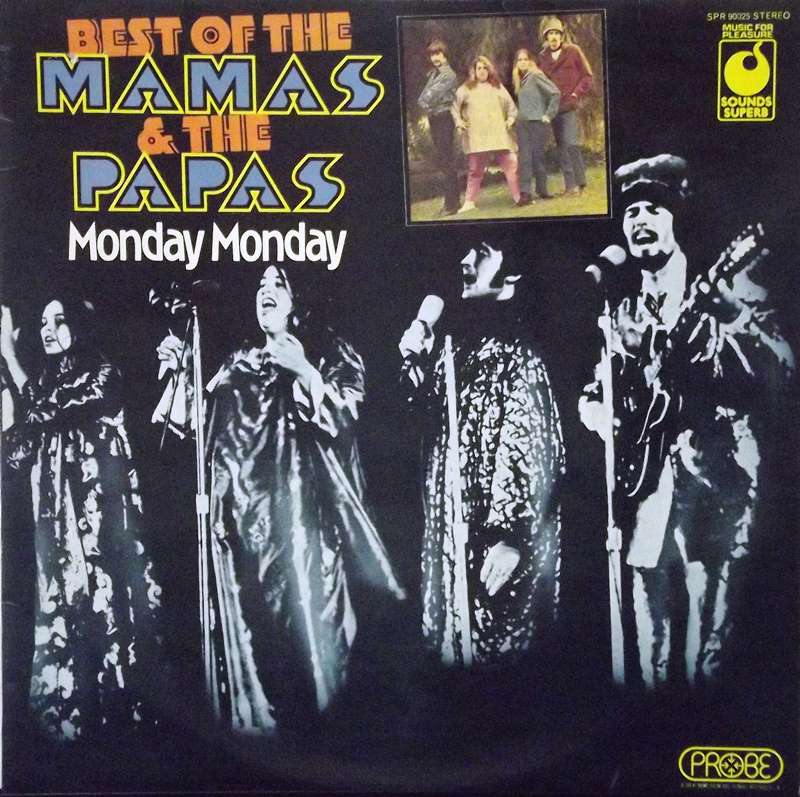 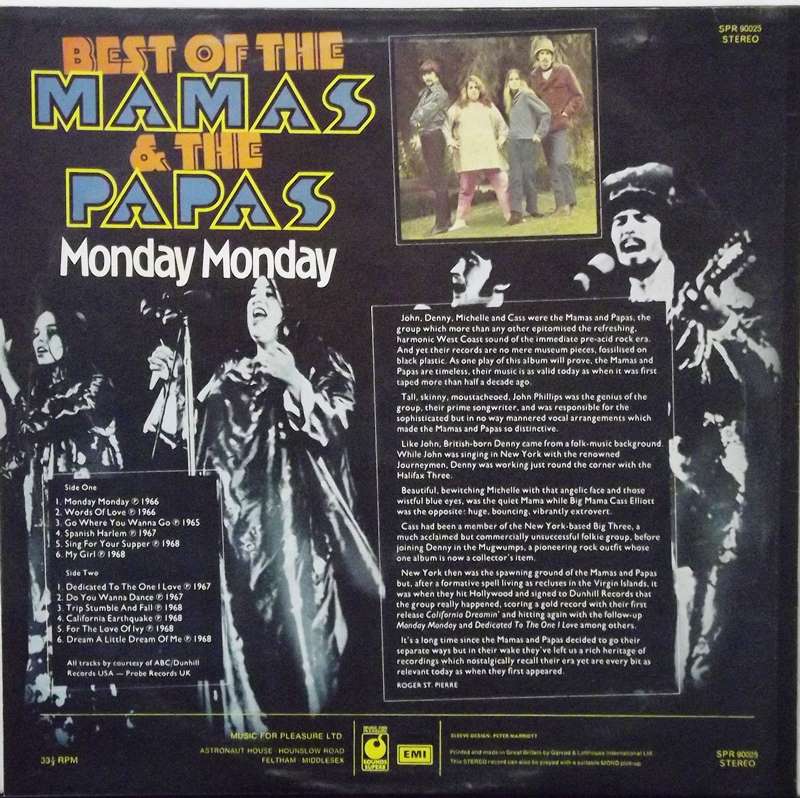 Best Of The Mamas & The Papas - Monday Monday

After the first round of Mamas & the Papas recordings, and awaiting the release of "California Dreamin'," the story goes that Denny Doherty was prodding songwriter John Phillips to come up with some new material. Phillips' reply was something to the effect of, "Okay, tonight I'm going to write a song with universal appeal." After the group members supposedly sarcastically wished him luck, Phillips came up with "Monday, Monday," a pop classic. It's a slightly ambiguous love song, but anchored by a universal theme, a day of the week that everyone has a feeling about: mondays. It's almost too simple. Obviously written around ideas relating to the group's celestial vocal ability, it's a deceptively simple pop-folk song with a vague jazz underpinning. Like "California Dreamin'," this song is indeed timeless, and was not only the Mamas' only number one record but was also recorded by dozens of other artists. It also was a song that gave the Mamas & the Papas a strong MOR presence -- believe it or not -- and is one of their most timeless creations, and one of John Phillips' finest moments as a songwriter.