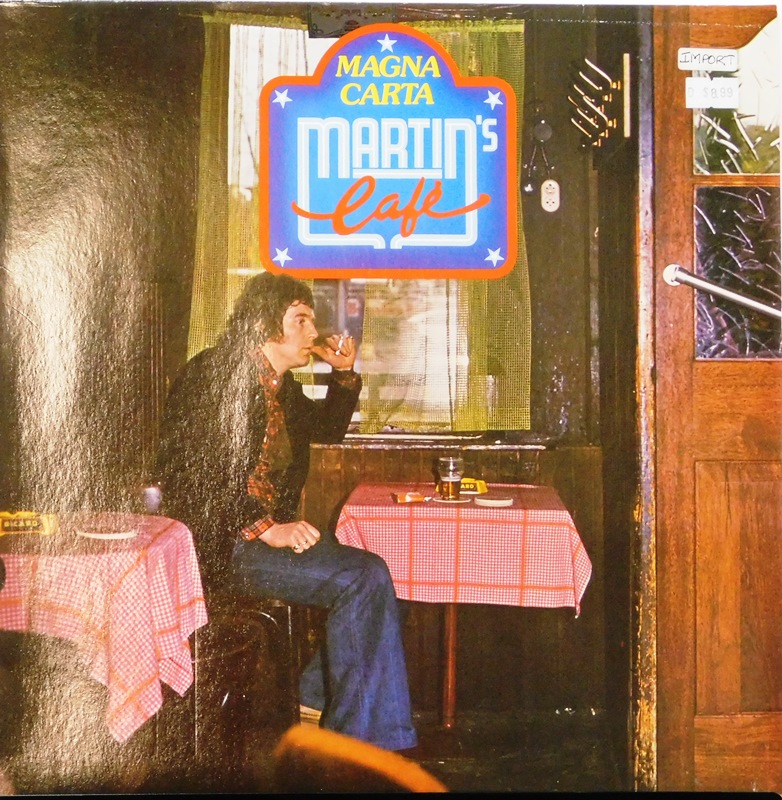 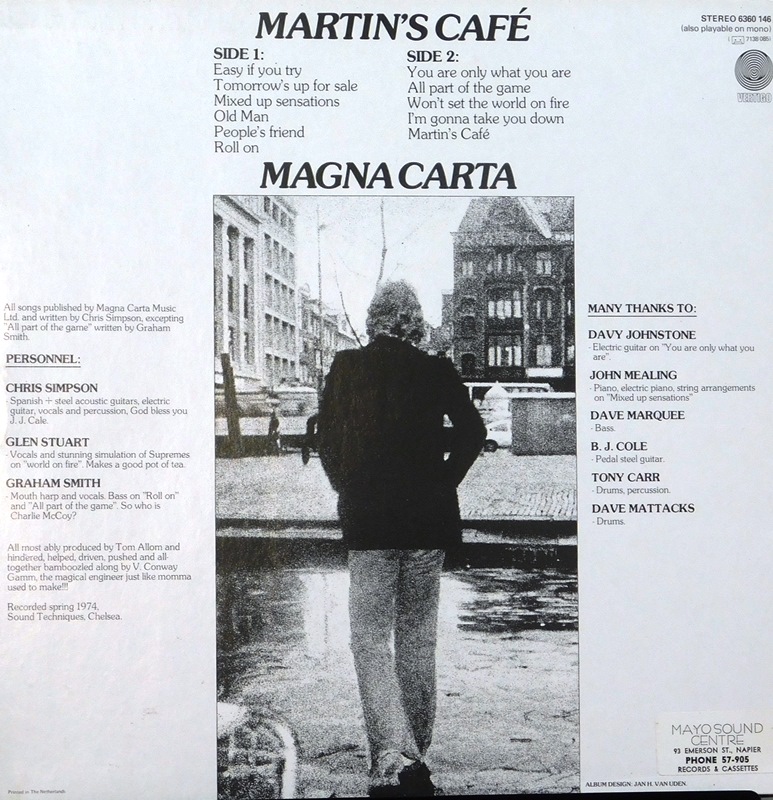 Magna Carta's easygoing brand of British folk-rock showed no signs of getting any less bland with age on Martin's Cafe, recorded in early 1974. This isn't quite Jonathan Edwards or John Denver, but on some of the lesser material, listeners will notice some general similarities in the overall mindset, if not the specific sound: a go-with-the-flow bonhomie, and a good-humorness so automatic it can make you downright edgy. On some tracks they try to rock out harder than they had in the past, making listeners as ill at ease as the musicians themselves seemed to feel on yawnsville upbeat numbers with standard rock & roll progressions like "Easy If You Try" and "Martin's Cafe." "Won't Set the World on Fire" carps about indifferent rock critics and deejays, and that's the kind of song that's never fun to listen to, this one being no exception. Elsewhere the ghost of Paul Simon, such a big influence on much earlier Magna Carta material, continues to hover, though in way that sounds something like Simon might have in an alternate universe where he determined that Art Garfunkel's solo arrangements were really where it was at. "I'm Gonna Take You Down" has a welcome edge, but it's not nearly enough saving grace for a mediocre record. The album was combined with the previous Lord of the Ages on the 1999 single-disc CD reissue Lord of the Ages & Martin's Cafe.