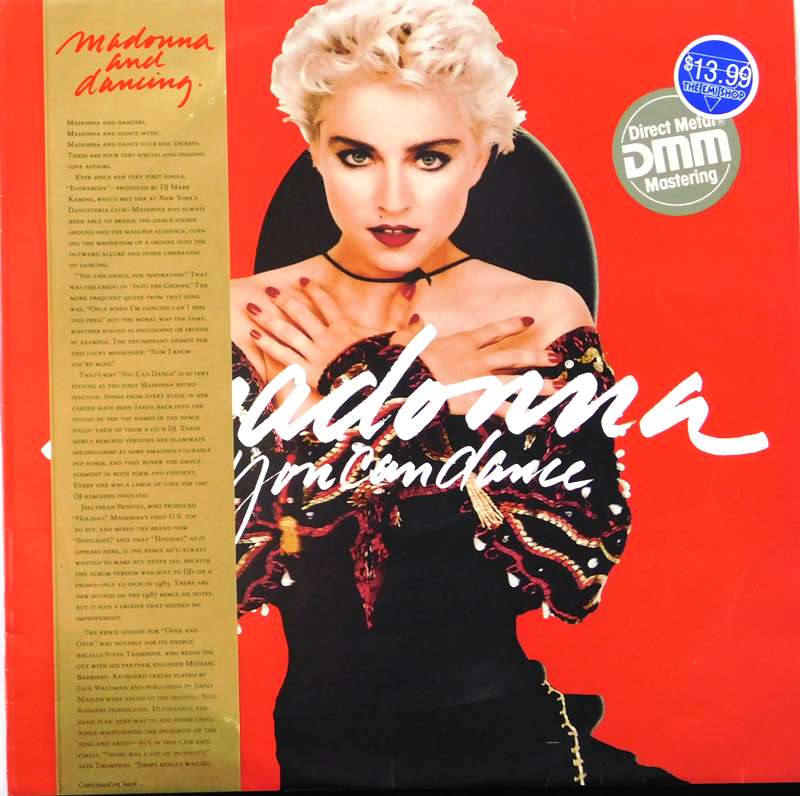 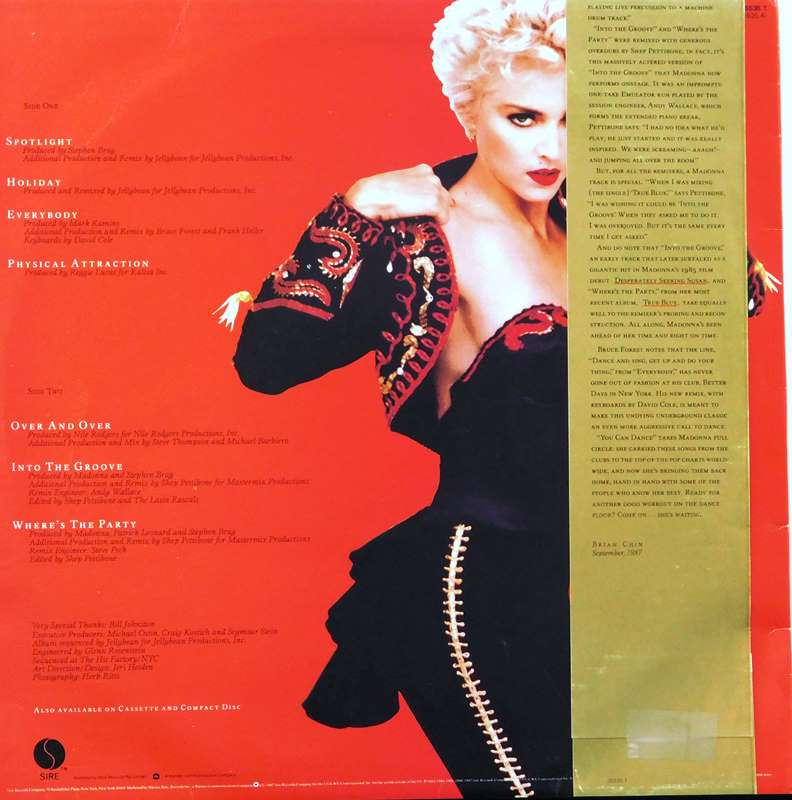 You Can Dance is the first remix album by American singer and songwriter Madonna. It was released on November 17, 1987, by Sire Records. The album contains remixes of tracks from her first three studio albums—Madonna (1983), Like a Virgin (1984) and True Blue (1986)— and a new track, "Spotlight". In the 1980s, remixing was still a new concept and technology, by which a particular vocal phrase could be endlessly copied, repeated, chopped up, transposed up and down in pitch and give them more echo, reverberation, treble or bass. Madonna became interested in the concept, noting that she hated when others remixed her songs and wanted to do it by herself.

Madonna turned to her old friend and producer John "Jellybean" Benitez to help her remix the songs, and also enlisted the help of Patrick Leonard, the producer of True Blue. The mixes on You Can Dance exhibited a number of typical mixing techniques. Instrumental passages were lengthened to increase the time for dancing, which undermined the tighter structure of the original pop song. Vocal phrases were repeated and subjected to multiple echoes, panned across the stereophonic sound outlets. At certain points, almost no music is heard except the drums and at other times, the drums are removed with only the hi-hat left to keep time. The album cover denoted Madonna's continuous fascination with Hispanic culture.

After its release, You Can Dance received generally positive reviews from critics, some of whom noted how the already known songs appeared to them in a complete new structure, calling it an essential album to be played at parties. You Can Dance was a commercial success, earning a platinum certification from the Recording Industry Association of America (RIAA) for shipment of a million copies, and reaching the top twenty of the Billboard 200. It reached the top ten of the album charts of France, Italy, Japan, Netherlands, New Zealand, Norway and the United Kingdom, and went on to sell five million copies worldwide, making it the second best-selling remix album of all time, behind only Blood on the Dance Floor from Michael Jackson. "Spotlight" was the only single released from the album in Japan, but charted on the airplay charts of Billboard due to radio play and peaked at number 32.