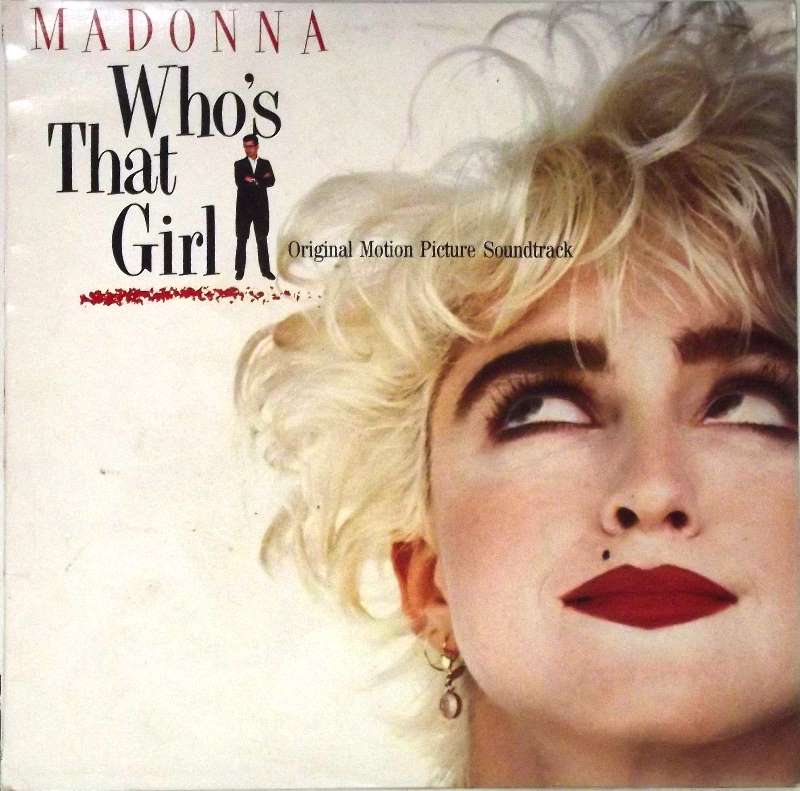 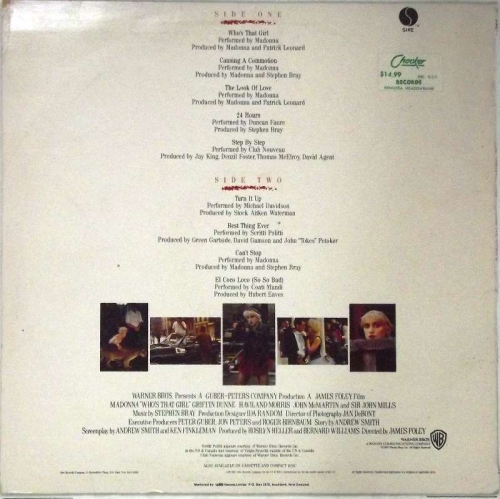 Who's That Girl: Original Motion Picture Soundtrack is a soundtrack album by American singer-songwriter Madonna, from the film of the same name, and was released on July 21, 1987 by Sire Records. It also contains songs by her label mates Scritti Politti, Duncan Faure, Club Nouveau, Coati Mundi and Michael Davidson. The soundtrack is credited as a Madonna album, despite her only performing four of the nine tracks on the album. After the commercial success of her film Desperately Seeking Susan (1985), Madonna wanted to act in another comedy film titled Slammer, about a woman named Nikki Finn who was falsely accused of homicide. However, due to the critical and commercial failure of her adventure film Shanghai Surprise (1986), Warner Bros. were initially reluctant to green light the project, but later agreed, after Madonna convinced them and also because they wanted to cash in on Madonna's success with soundtracks.

Madonna began working on the soundtrack in December 1986, and contacted Patrick Leonard and Stephen Bray, who had worked as producers on her third studio album True Blue (1986). She felt that an uptempo song and a downtempo song were needed for the album. Leonard composed the music for the uptempo song, with Madonna providing the melody and lyrics. The singer named the track "Who's That Girl" and, believing this to be a better title than Slammer, changed the name of the film to the same. Together, Madonna and Leonard also developed the downtempo ballad "The Look of Love". Two more songs were composed for the film with Bray, the first being the dance-y tune "Causing a Commotion", and the other being "Can't Stop", a track inspired by Sixties Motown and the group Martha and the Vandellas.

After its release, the Who's That Girl soundtrack received a mostly negative response from critics. Some reviews described the album as plain and incomplete, although the title track and "The Look of Love" were praised as its highlights. The soundtrack was a commercial success, reaching the top ten of the album charts of the United States, Austria, Canada, France, Italy, New Zealand, Sweden and the United Kingdom, while topping the charts of Germany, and European Album chart. The album went on to sell six million copies worldwide.

Three of the Madonna tracks were released as singles. The title track became her sixth number one single on the Billboard Hot 100, making her the first artist to accumulate six number-one singles in the 1980s, and the first female performer to get that many number-ones as a solo act. "Causing a Commotion" was released as the second single, and reached number two on the Hot 100. "The Look of Love" was a European market-only release, reaching the top ten in United Kingdom. Another track, "Turn It Up" was a promotional release in United States, reaching number 15 on the dance charts. Who's That Girl received further promotion from the successful Who's That Girl World Tour.