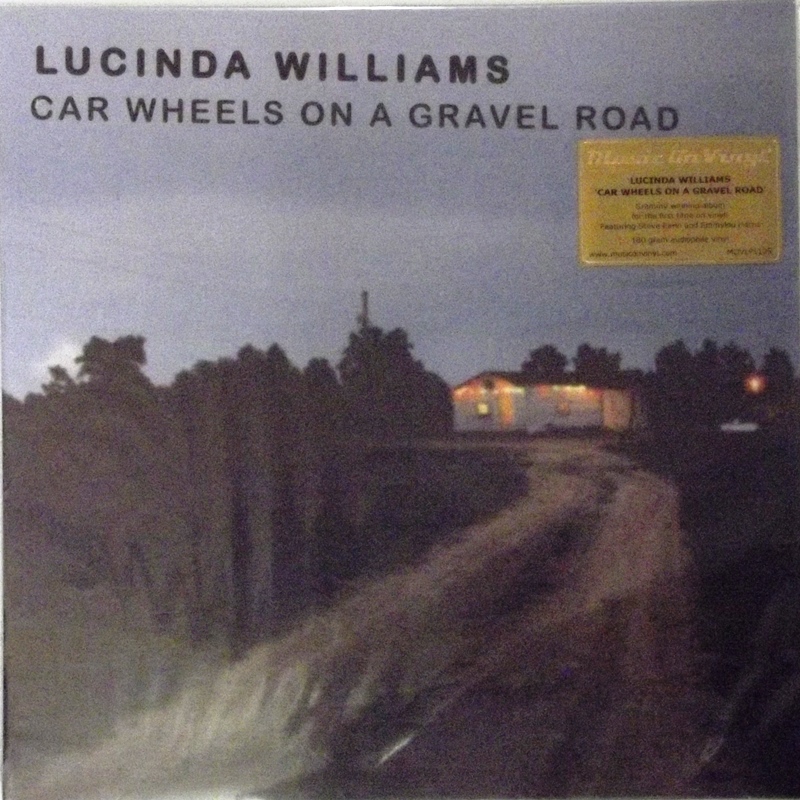 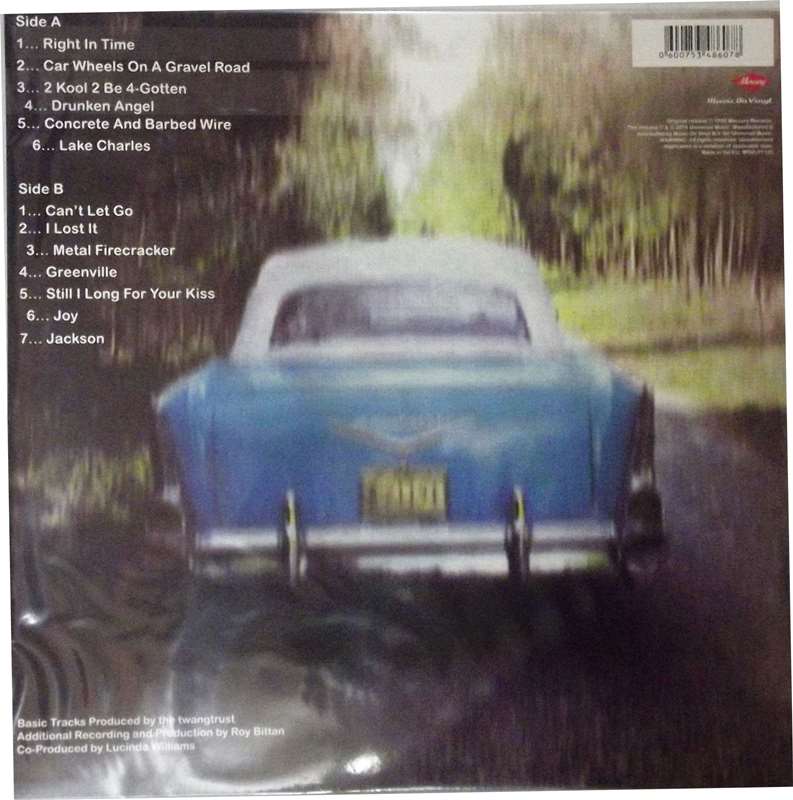 Car Wheels On A Gravel Road

Car Wheels on a Gravel Road is the fifth studio album by American singer-songwriter Lucinda Williams. It was recorded and co-produced by Williams in Nashville, Tennessee and Canoga Park, California, before being released on June 30, 1998, by Mercury Records. The album features guest appearances by Steve Earle and Emmylou Harris.

Car Wheels on a Gravel Road won a Grammy Award for Best Contemporary Folk Album, and received a nomination for Best Female Rock Vocal Performance for the single "Can't Let Go". It was Willams' first album to go Gold,[1] and remains her best-selling album to date, with 872,000 copies sold in the US as of October 2014.[2] Universally acclaimed by critics, it was voted as the best album of 1998 in The Village Voice's annual Pazz & Jop critics poll.