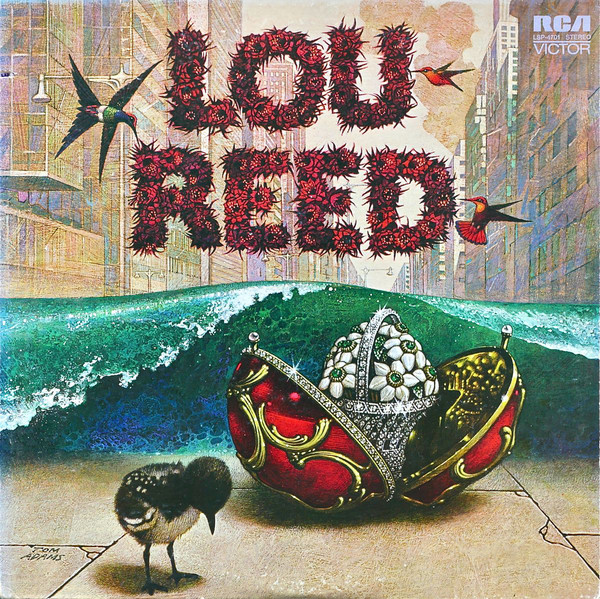 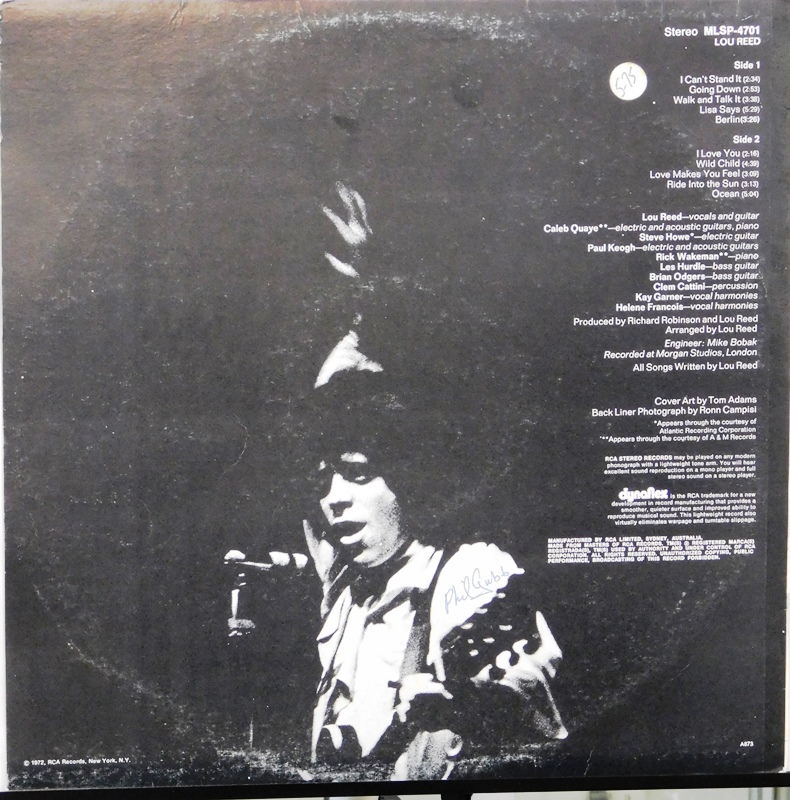 Lou Reed is the debut solo studio album by American musician Lou Reed, released in April 1972 by RCA Records, two years after he left the Velvet Underground. It was produced by Richard Robinson and Reed and features London session musicians as Reed's backing band, two of whom, Rick Wakeman and Steve Howe, were from the british progressive rock band Yes. Wakeman recalled that during the recording sessions, "the lights had to be out so nobody could see."[4] The album was recorded in Morgan Studios, London, between December 1971 and January 1972.

Lou Reed comprises eight new recordings of then-unreleased Velvet Underground songs, plus two new songs, "Going Down" and "Berlin" (the latter was re-recorded by Reed as the title track for his 1973 album Berlin).

With increasing interest in the Velvet Underground, Reed's debut album was highly anticipated, but the result was a commercial and relative critical disappointment, peaking at only No. 189 on the Billboard 200.