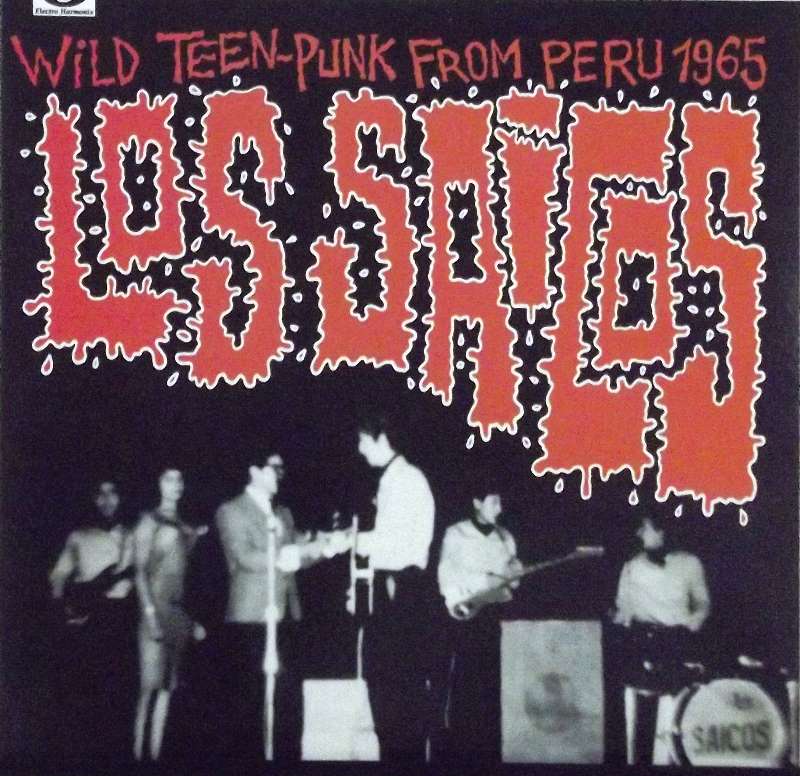 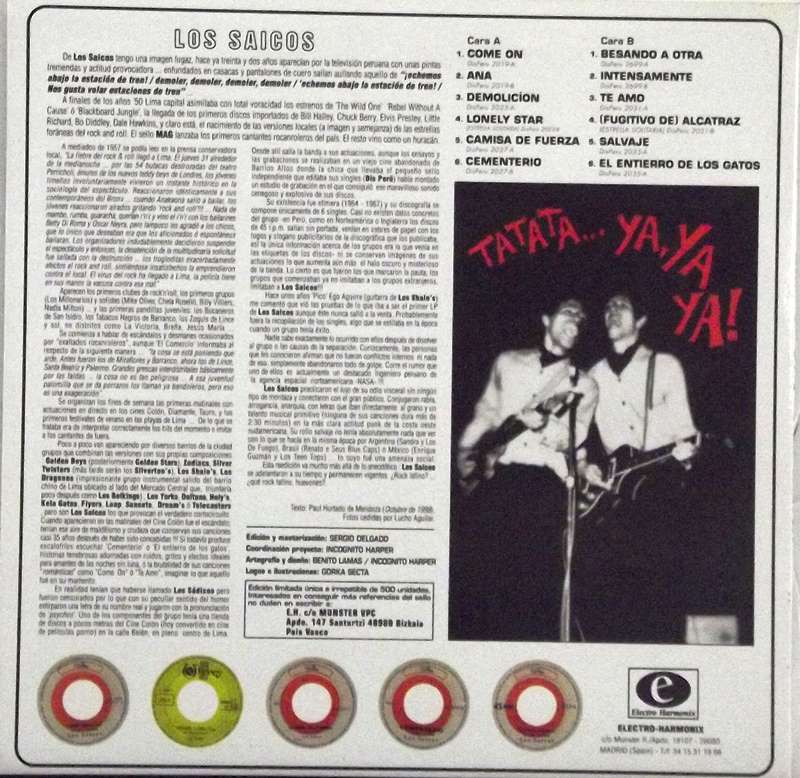 Los Saicos is a garage rock band formed in 1964 in Lima, Peru, who have become recognized as global pioneers in punk rock.[1]  In a short amount of time during the 1960s, they became one of the most successful groups in their own country, fashioning a unique surf-influenced garage sound, that would anticipate certain aspects of the later punk rock movement of the 70s.[2]  In addition to composing their own songs, written by band members Erwin Flores and Rolando Carpio, they are sometimes mentioned as the first South American band to record exclusively their own material.  They released six singles between 1965 and 1966, of which the best known are "Demolición", "Fugitivo de Alcatraz" and "El Entierro de los Gatos", which have become anthems in Peruvian rock and, over time, have led to the recognition of the band worldwide.  Though they broke up in 1966,[3] Los Saicos re-united in 2006, and have since continued to play occasional venues.