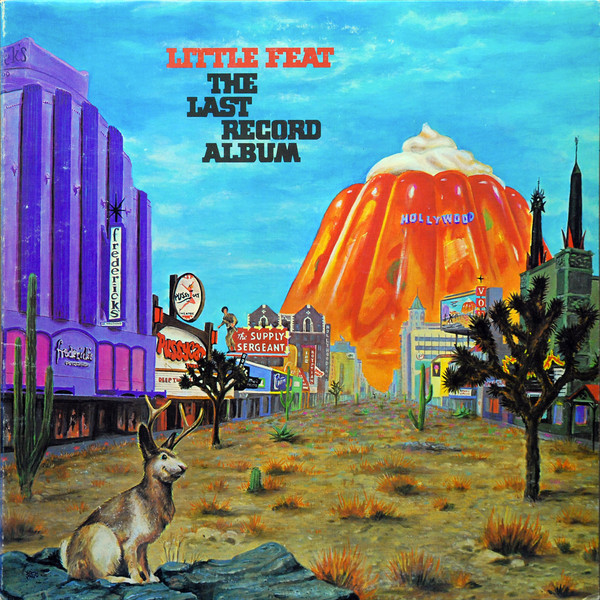 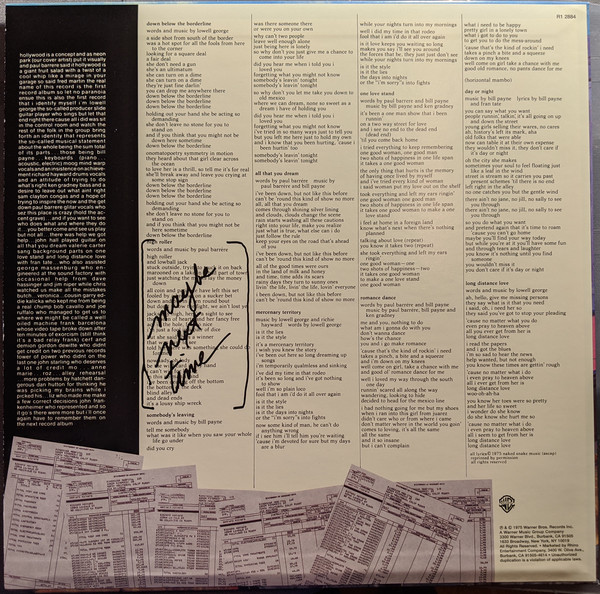 The Last Record Album is the fifth studio album by the American rock band Little Feat, released in 1975.

Reviewing the album for AllMusic, Stephen Thomas Erlewine wrote, "For a very short album -- only eight songs -- too many of the cuts fall flat. Those that succeed, however, are quite good, particularly Paul Barrère and Bill Payne's gently propulsive 'All That You Dream,' Lowell George's beautiful 'Long Distance Love,' and the sublime 'Mercenary Territory' .... There are enough signs of Little Feat's true character on The Last Record Album -- the three previously mentioned songs are essential for any Feat fan -- to make it fairly enjoyable, but it's clear that the band is beginning to run out of steam."[5]

The album title and cover illustration by Neon Park[6] both allude to the 1971 film The Last Picture Show as well as the title typography on the film's poster, with Hollywood Boulevard turned into a desert leading to the apparent visual pun of the Hollywood sign Jell-O mold "dessert" (at left, Frederick's of Hollywood has long since closed, but the famous Grauman's Chinese Theatre at right is still a landmark).

The album's back cover includes the record's lyrics. One song, "Hi Roller," was marked out in black ink with the annotation "Maybe Next Time". The song was indeed included on their next album Time Loves a Hero.