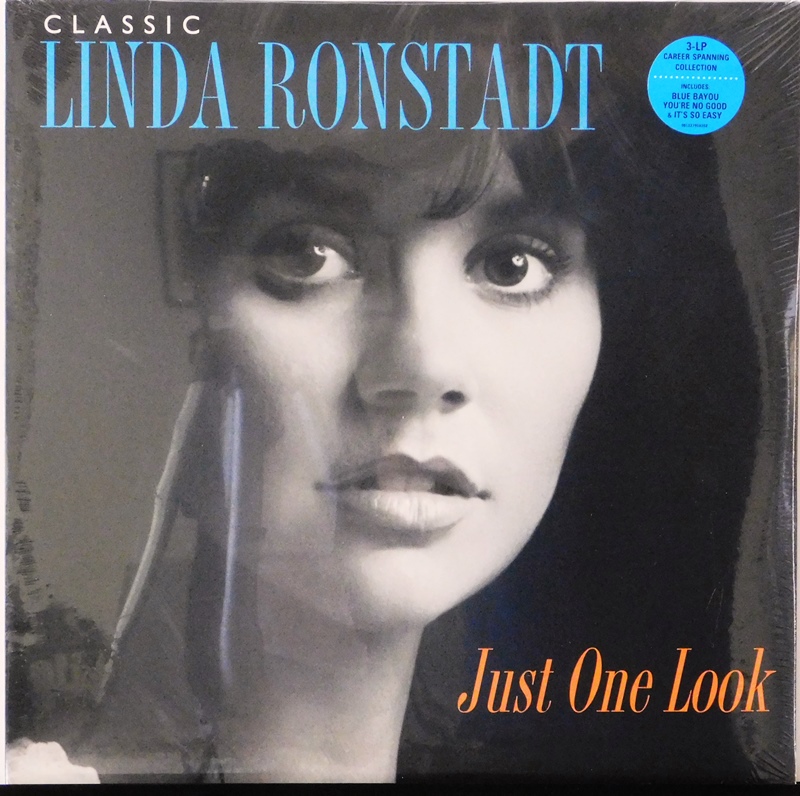 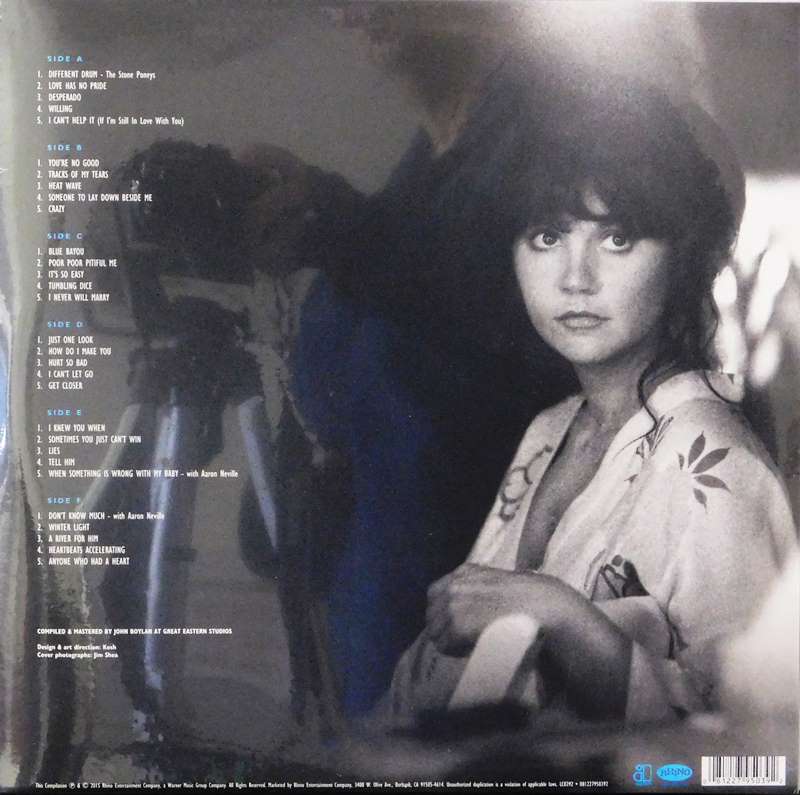 Her millions of fans, and the generations of female peers in the music business who have been influenced by her, were heartbroken in August 2013 when Linda Ronstadt announced that her voice had been forever silenced by Parkinson’s Disease.  The loss of Linda’s great voice, in an era where people take great singers for granted now and where Autotune and other studio gimmicks are accepted as givens, was enormous.  And yet, the Arizona-born songstress left a body of work, the diversity of which is unlikely to ever be heard of again.  It is a body of work that encompasses a staggering amount of genres: pop; rock; R&B; blues; country; jazz; opera; Mexican rancheras (which she grew up extensively on as a youngster); gospel; folk; and bluegrass.

Absent any hidden material in the vaults, compilations are likely the only way anyone is going to be able to hear Linda now.  But the latest one, JUST ONE LOOK: CLASSIC LINDA RONSTADT, is a big 2-CD collection consisting of thirty of Linda’s greatest vocal performances, many of them hits, and others very classic album cuts, spanning from her start in the Stone Poneys with the folk-rock classic “Different Drum” in 1967 through to the album tracks on her tragically underappreciated 1993 album WINTER LIGHT.  All of these have been re-mastered in a way that still keeps the focus on her incredibly wide-ranging voice, whose range went from alto to soprano, even to coloratura soprano for her journeys into classical opera in the 1980s.  Inevitably, people will comment (rightly, I think) on the absence of such unquestioned classics as “Long Long Time” (her second hit, from 1970), or tracks from her albums of American standards and Spanish-language projects; and one hopes those will be re-mastered at some point in the future as well.

Still, whether one is a die-hard fan or a first-timer, this is a great way to get started into hearing what people growing up between the late 1960s and the early 1990s knew about Linda.  Obvious hits like “You’re No Good”, “Blue Bayou”, “Poor, Poor, Pitiful Me”, and her huge 1989 Grammy-winning duet with Aaron Neville, “Don’t Know Much”, are included in there, but so are some forgotten (at least by the current generation of radio listeners) gems as “Love Has No Pride”, “Crazy” (her torchy take on the immortal 1961 Patsy Cline classic); “Just One Look” (Linda’s 1978 revival of Doris Troy’s 1963 hit that serves as this collection’s title); “Someone To Lay Down Beside Me” (written by her good friend Karla Bonoff); “I Can’t Help It If I’m Still In Love With You” (her big 1974 revival of the Hank Williams classic, featuring her pal Emmylou Harris on harmony vocals); “I Never Will Marry” (the traditional Appalachian folk ballad that has Linda on acoustic guitar, and her other TRIO pal Dolly Parton on harmonies); and her impassioned version of her former backing band the Eagles’ classic “Desperado.”  And there are also her 1980s hits “How Do I Make You?”, “Hurt So Bad” and “Get Closer” that are going criminally neglected on so-called “oldies” radio stations that have gone all-Eighties on us.  And all that is just for starters.

It is a shame that up until her Parkinson’s diagnosis, Linda was all but forgotten in the mainstream press; on the same weekend that she announced her diagnosis, it was overshadowed in the media by the overblown focus on Miley Cyrus’ idiotic “twerking” at the VMAs.  And even in the industry, it took the powers-that-be in the Rock and Roll Hall of Fame an unconscionably long time to induct her into their “club.”  But this huge 2-CD collection hopefully will remind people of how big a deal she was, from Emmylou, Nicolette Larson, Rosanne Cash and Jennifer Warnes, through to Trisha Yearwood, Martina McBride, Lucinda Williams, and Sheryl Crow, and up to present-day singers like Tift Merritt, Caitlin Rose, and Lindi Ortega.  It will also hopefully remind people of just how much further Taylor Swift still has to go in order to be in Linda’s class as well.

Linda Ronstadt is someone deserving of all the accolades she receives, even though she is arguably modest to a fault when talking about it all.  This collection just helps to solidify her stature, which is right up there with Elvis and the Beatles.