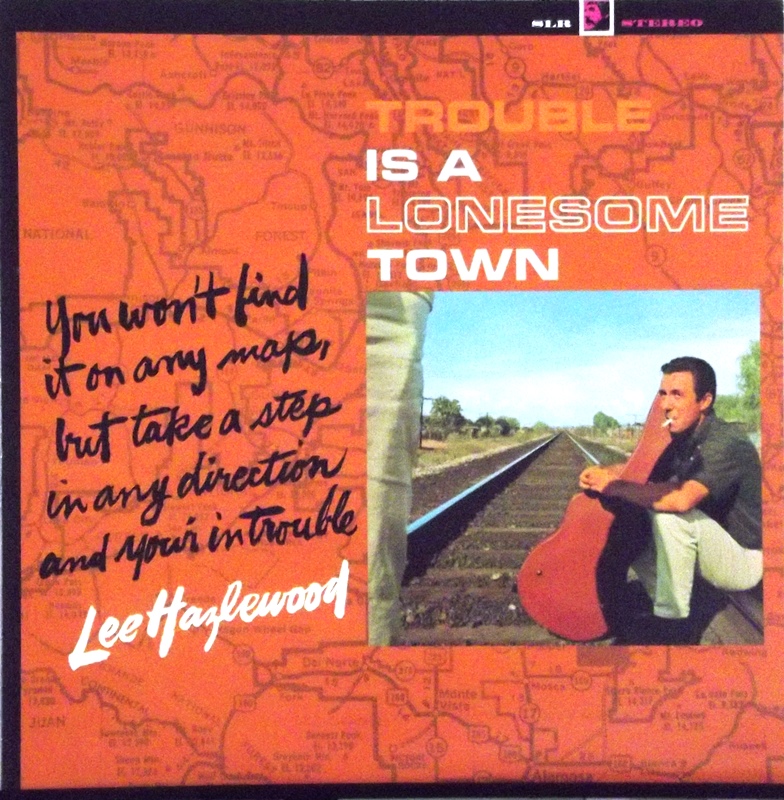 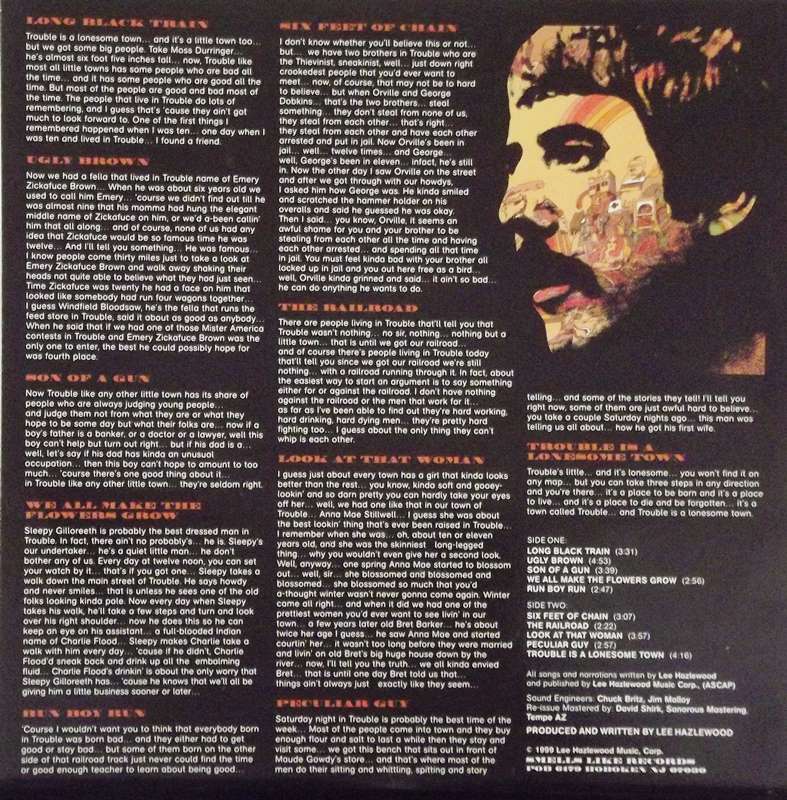 Trouble Is A Lonesome Town

Trouble Is a Lonesome Town was Lee Hazlewood's first proper solo album, following his prosperous late-'50s partnership with Duane Eddy and prior to his mentoring and making of '60s boot-walker Nancy Sinatra. Hazlewood considered it a "writer's album" from which other artists could cull songs, but Trouble is a perfectly legitimate effort in its own right and characteristically wonderful Hazlewood. The songs are succinct, country-drenched cowboy ballads given a certain undeniable authority by Hazlewood's warm, bottomless baritone, which booms out of the music like a voice amplified from the heavens. The album runs through jail songs ("Six Feet of Chain"), railroad songs ("The Railroad"), traveling songs ("Long Black Train"), and cold-hearted love songs ("Look at That Woman") peppered with outlaws, itinerants, dead-end women, card players, and beat-down heroes, too. Between the songs, Hazlewood shows his storyteller's gift by offering up bits of narration, and the album itself is a storyteller's record. Trouble is like a cross between a novel full of idiosyncratic character studies (à la Faulkner) and a John Wayne Western, with Hazlewood -- looking a lot like a dharma bum on the album cover, sitting on the railroad tracks with his guitar and a dangling cigarette -- spinning out intricate yarns about all manner of interesting souls with names like Orville Dobkins and Emory Zickfoose Brown, all residents of the hard-scrabbled fictitious town Trouble ("nothing with a railroad running through it"), which is loosely based on his birthplace. The music is as somber and loping as such subject matter demands, mostly consisting of strummed acoustic guitars and woeful harmonica wails that weep the blues. But it is in the purposefully humorous, sympathetic, and colorful storytelling that the distinct, dead-on Americana heart of Trouble lays.