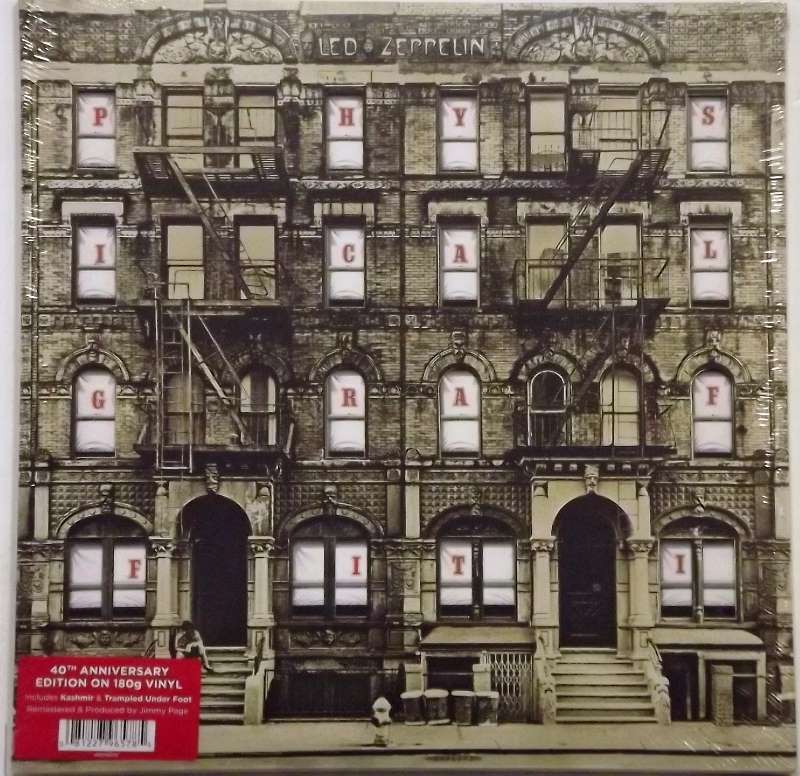 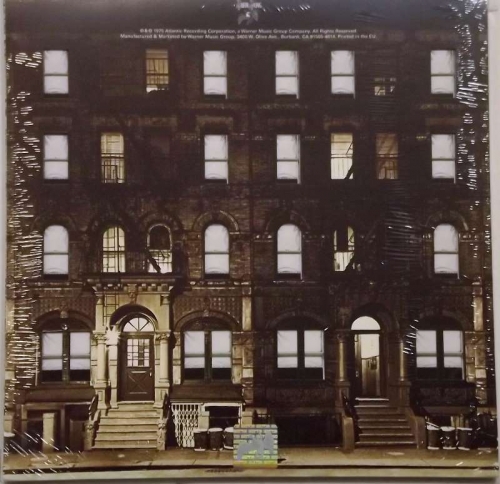 Sealed remastered  40th anniversary edition double 180 gram album with the iconic diecut cover and inserts. Made in the EU.

Physical Graffiti is the sixth studio album by the English rock band Led Zeppelin, released as a double album on 24 February 1975. The band wrote and recorded eight new songs for the album at Headley Grange. These eight songs stretched the total time of the record beyond the typical length of a single LP, so the band decided to make Physical Graffiti a double album by including unreleased tracks from earlier recording sessions: one outtake from Led Zeppelin III, three from Led Zeppelin IV, and three from Houses of the Holy, including the unused title track.

Physical Graffiti was commercially and critically successful; the album went 16x platinum in the US in 2006, signifying shipments of eight million copies