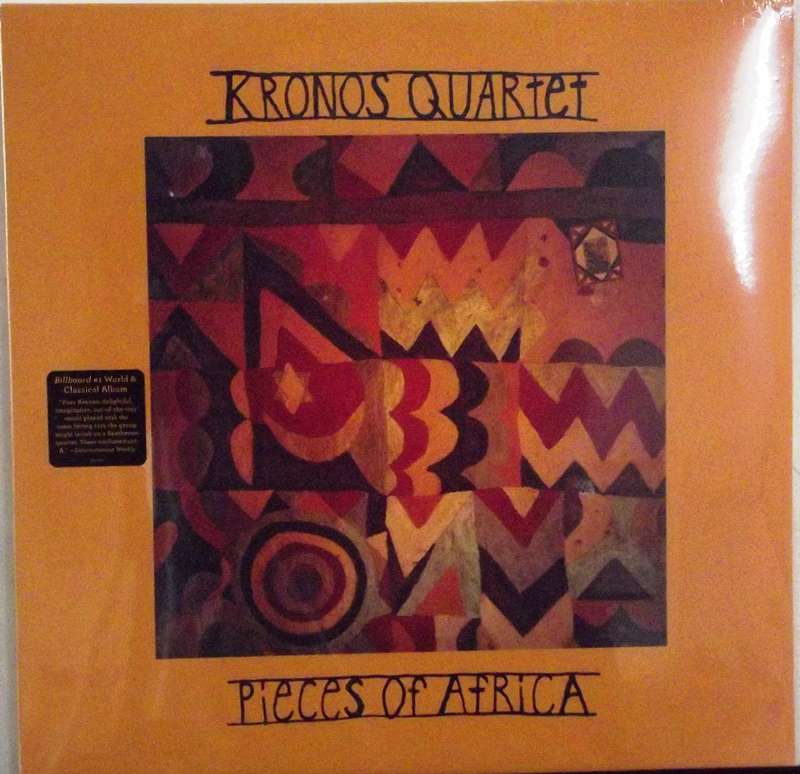 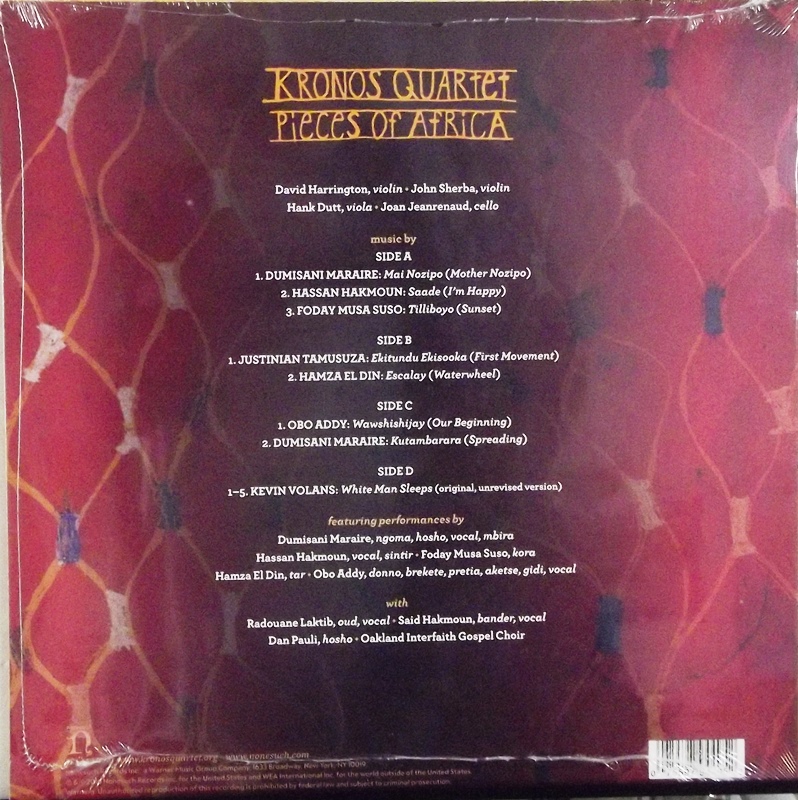 When released, Pieces of Africa was subject to some of the same "cultural imperialist" criticism that had been more successfully leveled at performers like David Byrne and Paul Simon. The album consists of commissions from African composers working at varying distances from European conventions. But whereas Byrne and Simon arguably used the music of Brazil or South Africa as backgrounds over which to display their own egos, the Kronos Quartet's members managed to sublimate themselves in service to the compositions, never giving the listener any sense of condescension. All of which is to say that Pieces of Africa is a very beautiful recording with several superb individual works. Zimbabwe's Dumisani Maraire's opening piece, "Mai Nozipo," with the composer accompanying the quartet on drums, is a rousing, triumphant anthem with a resonant melodic line that will long linger. Thematically, most of the pieces draw on African sources, very clearly in the case of the Arabic-infused songs of Hassan Hakmoun and the great Sudanese composer Hamza el Din. Unsurprisingly, South African Kevin Volan's "White Man Sleeps" comes closest to European traditions, though even this piece, which is gorgeous and inspired throughout, draws inspiration from native environmental sounds. The disc closes with another composition by Maraire, with an accompanying gospel choir making explicit the link between Africa's music and that of the American South. Pieces of Africa teems with beguiling melodies, making it one of this quartet's more accessible projects and also one of its best.