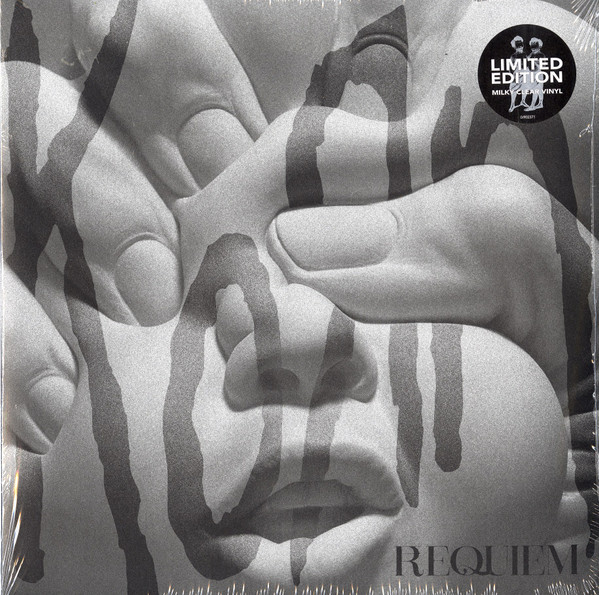 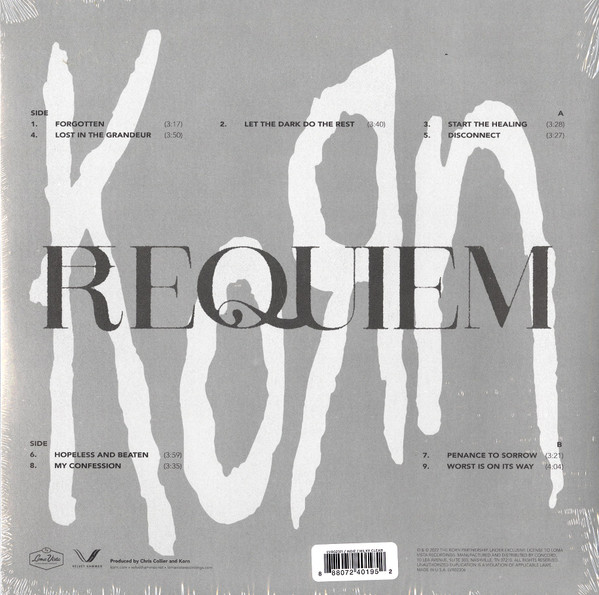 Requiem is the fourteenth studio album by American nu metal band Korn. The album was released on February 4, 2022 through Loma Vista and Concord. It was produced by the band and Chris Collier.[3][5]

The first hint at the release of a fourteenth studio album arose from a since-deleted interview with Kerrang!,[6] in which it was stated that the album was fully written as of April of 2021.[7] The COVID-19 pandemic allowed for a surplus of time in which the album could be arranged, alleviating the harsh time constraints which would usually have been imposed.[5] According to a press release:

"It is an album born of time and the ability to create without pressure. Energized by a new creative process free of time constraints, the band was able to do things with Requiem that the past two decades haven't always afforded them, such as taking additional time to experiment together or diligently recording to analog tape – processes which unearthed newfound sonic dimension and texture in their music."[8]

While bassist Reginald "Fieldy" Arvizu announced a hiatus later after this interview, it has been confirmed that his bass tracks will be used on this record.[9]

Little to no new information regarding the album was released until early November, in which several cryptic hints toward the release of new material arose, the first of which involved several billboards involving the band's logo imposed on a background composed of gray static.[10] The bottom-right corner of these billboards featured a QR code, which led to an Instagram filter featuring a 3D model in which a human hand can be seen tightly grasping an infant's head from the top.[10] A close-up of this object is what is used for the album cover.

In addition, the band updated their "The Best of Korn" Spotify playlist with seven cryptic tracks, each spelling "Requiem" letter-by-letter.[11][12]