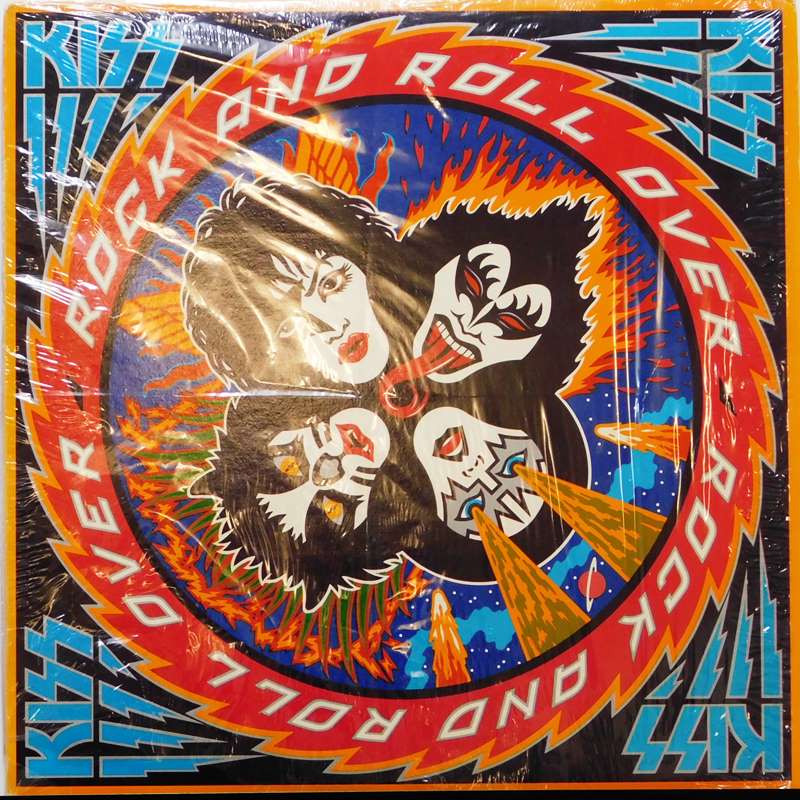 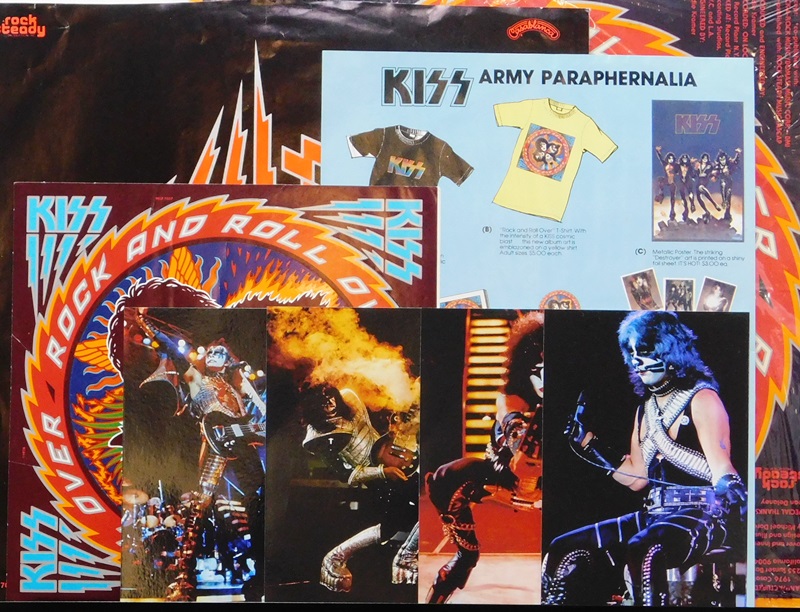 Rock And Roll Over

Very smart clean vinyl housed in a nice cover still in shrink. Includes  sections, each featuring a member of the band -4 sections with the bands logo and lightning bolts -1 section of the circular 'saw blade' and album title  A custom inner sleeve both sides) as well as a double-sided Kiss Army merchandise and membership order form is also included.

Rock and Roll Over is the fifth studio album by American rock band Kiss, released in 1976. It was recorded at the Star Theatre in Nanuet, New York.

To get the proper drum sound, Peter Criss recorded his tracks in a bathroom, communicating via video-link with the rest of the band.[1]

"Hard Luck Woman" did not equal the success of "Beth", but became another top 20 single. "Calling Dr. Love" became a concert staple.

The cover artwork is by artist Michael Doret, who worked with Kiss again on 2009's Sonic Boom.[2] The live album Kings Among Scotland, by Anthrax, plays homage to the artwork.[3]

This is the first Kiss album to not feature a writing credit from Ace Frehley.