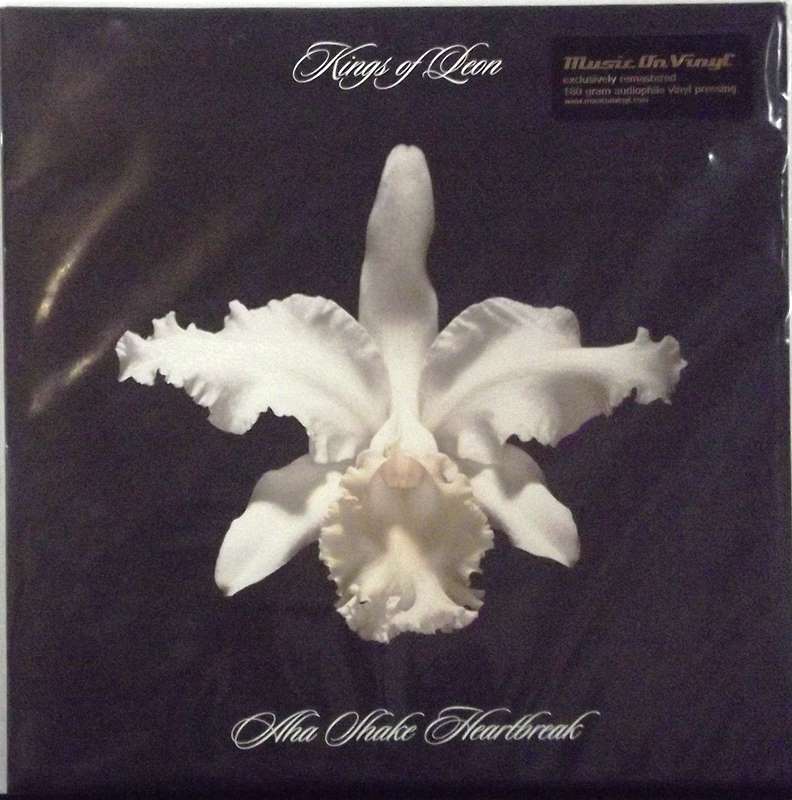 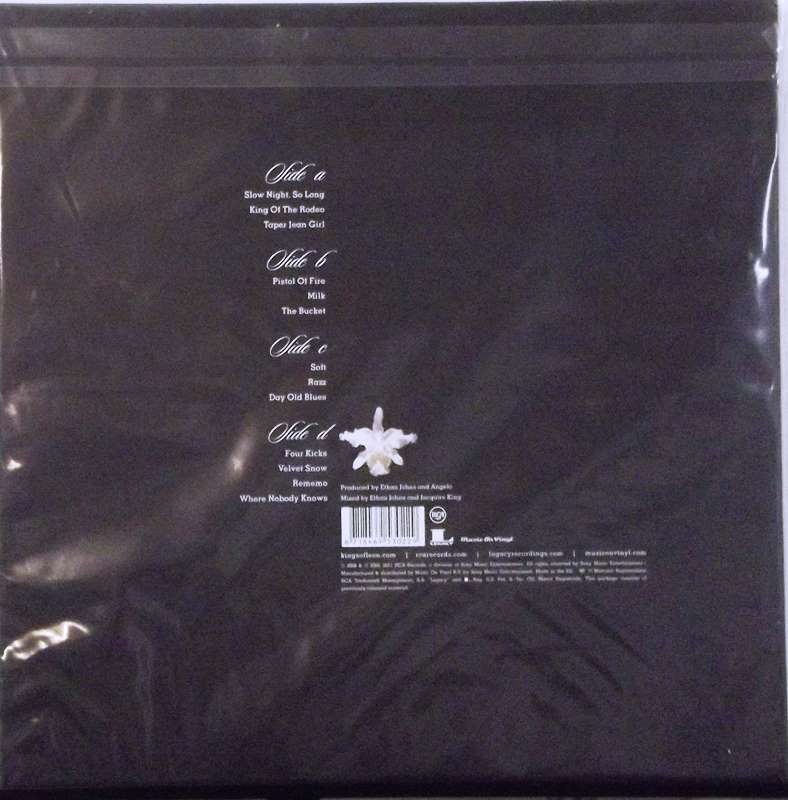 Aha Shake Heartbreak is the sophomore studio album by American rock band Kings of Leon. It was released in November 2004, in the UK and February 2005, in the United States. It is the only album by Kings of Leon to have a Parental Advisory label because of the strong language in "Rememo," "Soft," and "Four Kicks." The cover is reminiscent of Queen's A Night at the Opera.

The album was met with generally favorable reviews, with a Metacritic score of 74.[12]

"The Bucket," "Four Kicks" and "King of the Rodeo" were released as singles in the UK.

The original UK/Ireland version of the album featured a black cover and an orchid, whereas the later US version featured a white background with a different kind of orchid. The album also contains the bonus track "Where Nobody Knows".

The title of the album comes from the third track, "Taper Jean Girl."

There is also a photo, hidden underneath the white plastic of the second black cover, of the band as children.

The band's popularity exploded in Australia during the weeks of September 22, and 29, 2008, when they had all four of their studio albums in the top 50, with Aha Shake Heartbreak peaking at its highest position yet, number 25, and attaining Platinum sales. The album was certified 2x Platinum in Australia on the January 12, 2009. The album has sold more than 910,000 copies worldwide and was ranked #39 on Rolling Stone's Top 100 Albums of the Decade.[13]