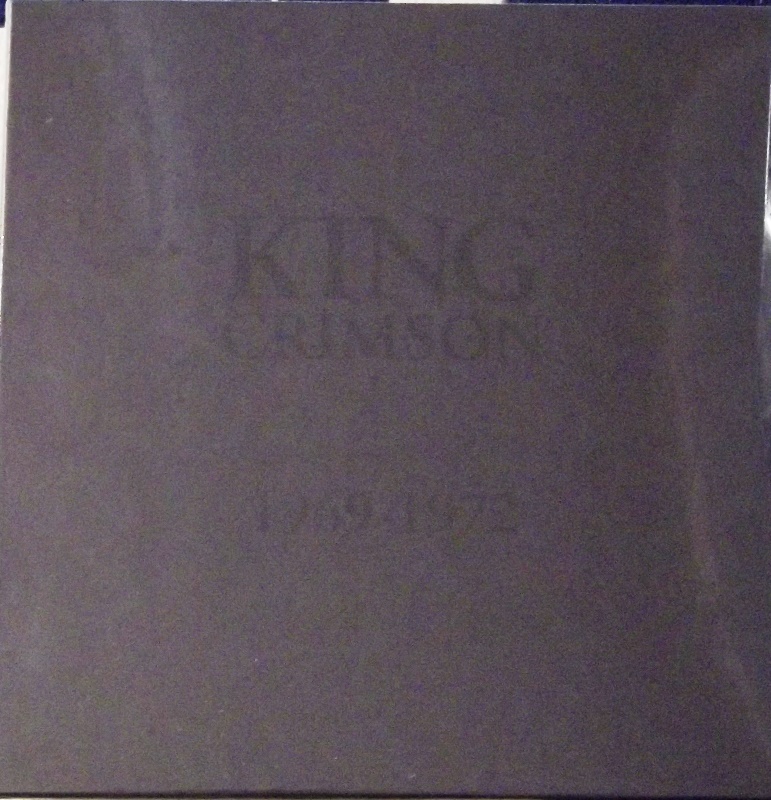 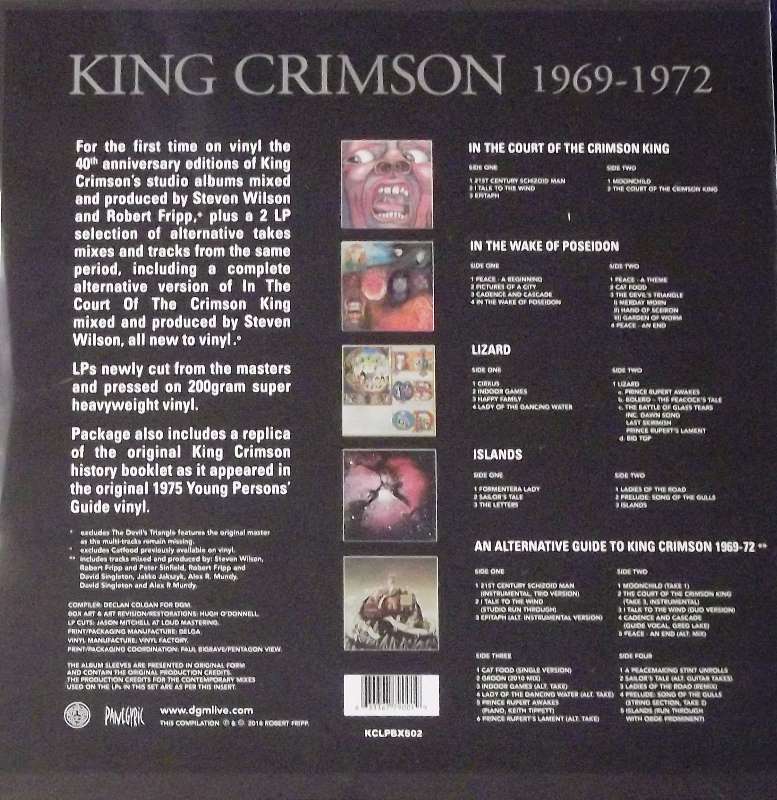 King Crimson 1969 - 1972 presents the band's first four albums plus a 2LP set of  rarities from the same period in a deluxe boxed set configuration. The albums:  "In the Court of the Crimson King", "In The Wake of Poseidon"*, "Lizard"  and "Islands" are presented in the 40th anniversary edition mixes as mixed and  produced by Steven Wilson and Robert Fripp in 2009 and 2010. This is the first  time that these mixes have appeared on vinyl**.

All albums are presented in their original sleeves. Additionally, a 2LP set of  rarities is included (track-listing below) - many of them mixed and produced by  Steven Wilson and all new to vinyl, except for the single, 'Cat Food'. "The  Alternative Guide to King Crimson" is presented in the gatefold artwork  originally used for the 1975 compilation "The Young Person's Guide to King  Crimson". A full sized replica of the original King Crimson timeline booklet  which accompanied that compilation is also included.