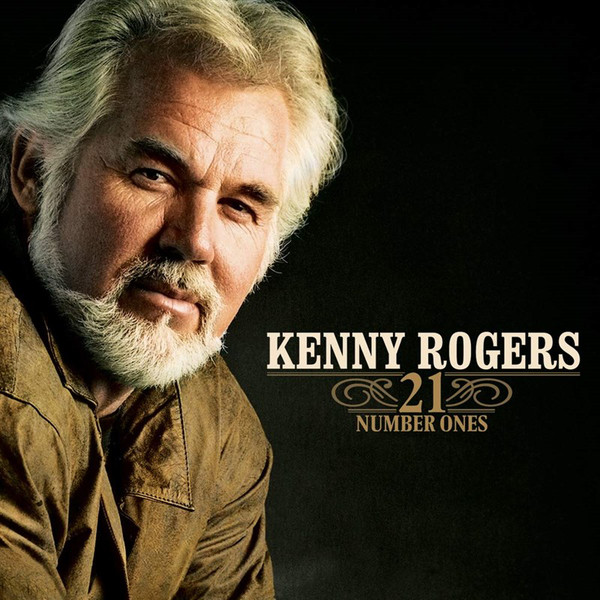 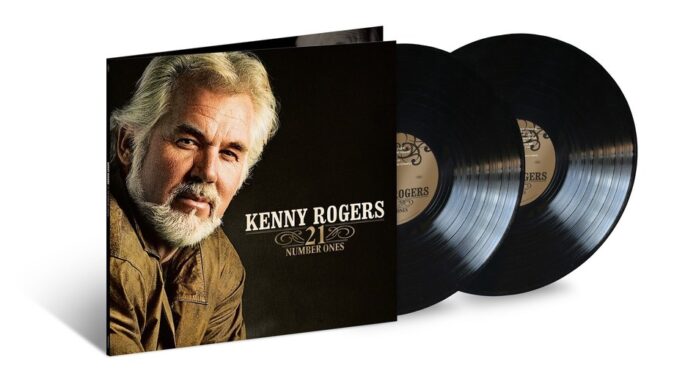 At the height of his late '70s-early '80s success, Kenny Rogers sold more than one million records every month for a whopping 26 straight months. 21 Number Ones hits lucky 7s from start to finish, with Rogers' most enduring #1 hits on one double vinyl collection. The liner notes also contain track notes penned by Rogers himself, offering his unique perspective on the evolution of his most beloved hits.

The back-to-back chart-topping hits on Kenny Rogers: 21 Number Ones include his greatest duets:  "Islands In The Stream" with Dolly Parton, which in 2005 was named Country's Greatest Duet by CMT (#1 Country; #1 Pop) to "We've Got Tonight" with Sheena Easton (#1 Country); "Every Time Two Fools Collide" (#1 Country), "What Are We Doing In Love" (#1 Country), and "All I Ever Need Is You" (#1 Country) with Dottie West; "Make No Mistake, She's Mine" with Ronnie Milsap (#1 Country); and "Buy Me A Rose" featuring Alison Krauss and Billy Dean (#1 Country).

In a career that spanned more than six decades, Kenny Rogers left an indelible mark on the history of American music. His songs have endeared music lovers and touched the lives of millions around the world. Chart-topping hits like "The Gambler," "Lady," "Islands In The Stream" (with Dolly Parton), "Lucille," "She Believes In Me," and "Through the Years" are just a handful of Kenny's songs that continue to inspire new generations of artists and fans alike. With twenty-four number-one hits to his credit, Rogers miraculously charted a song within each of the last seven decades. He is a Country Music Hall of Fame member, twenty-one-time American Music Awards winner, eleven-time People's Choice Awards winner, ten-time ACM Awards winner, six-time CMA Awards winner, three-time GRAMMY® Award winner, recipient of the CMA Willie Nelson Lifetime Achievement Award in 2013, CMT Artist of a Lifetime Award honoree in 2015 and was voted the "Favorite Singer of All Time" in a joint poll by readers of both USA Today and People.