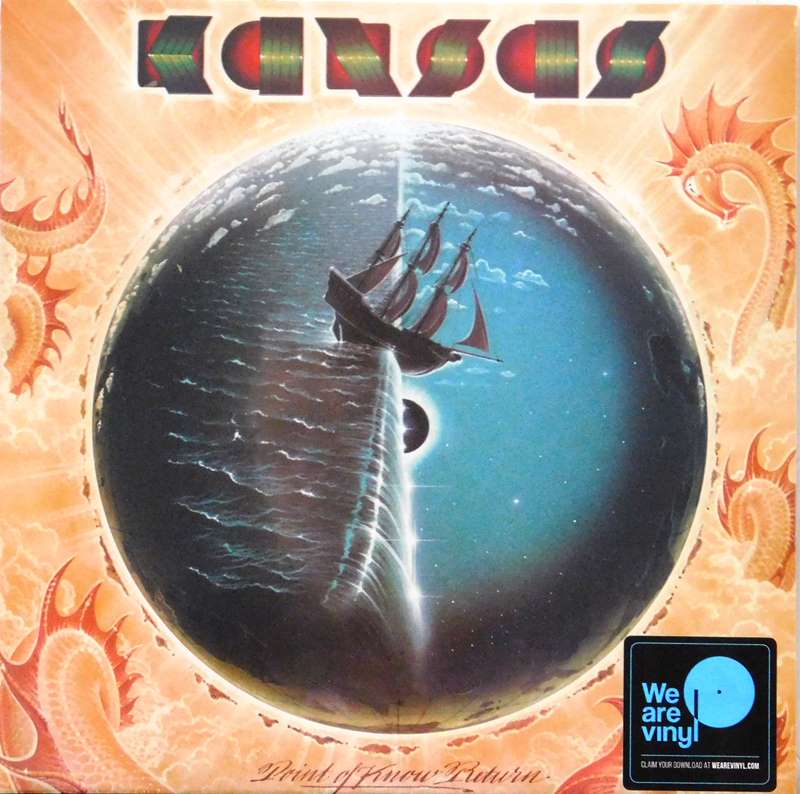 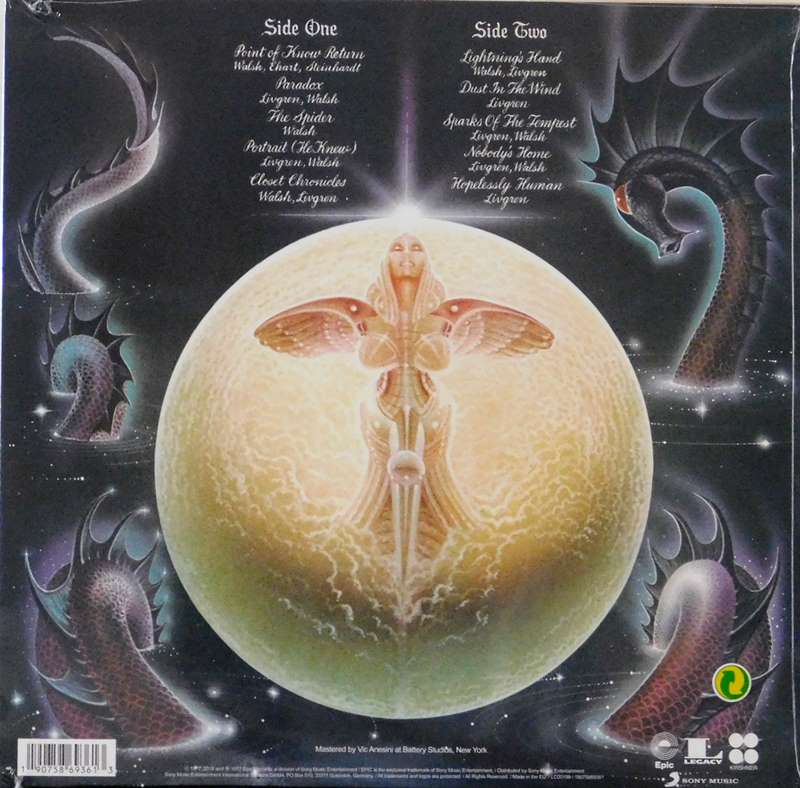 Sealed brand new reissue made in the USA.

Point of Know Return is the fifth studio album by American rock band Kansas, released in 1977.

Singer/songwriter Steve Walsh left the group briefly during the recording of the album.[1] In an interview on the weekly In the Studio with Redbeard radio show, he would admit that, at this point, he had been something of a prima donna and was attracted by the chance of a solo career.[1][2]

"Dust in the Wind" is known for its sparse acoustic nature. The guitar line for the song was written by Kerry Livgren as a finger exercise for learning fingerpicking. His wife, Vicci, heard what he was doing, remarked that the melody was nice, and encouraged him to write lyrics for it.[3] Livgren was unsure whether his fellow band members would like it, since it was a departure from their signature style. However he did offer it to them, and the song was accepted and then recorded.[3]

The album is critically acclaimed for singles like "Point of Know Return", which was a late addition to the album. "Portrait (He Knew)" was written about Albert Einstein.[3] In 1988, Livgren released an updated version of "Portrait (He Knew)" titled "Portrait II" as part of the album Prime Mover credited to his band AD. He changed the subject of the song from Einstein to Jesus Christ. "Closet Chronicles" is a Howard Hughes allegory.